Happy February! January came and went in the blink of an eye, but there were some distinct highlights for me that I want to share. Below are four things that brought me joy last month.

January was pretty extremely grim weather-wise, so I self-medicated with (a lot of) snacks. One of my favorites was Hello Kitty-shaped cookies–made by a Taiwanese company called Red Sakura–which can (occasionally) be found at Yamibuy and 99 Ranch. I would say half of their appeal lie in the fun shapes–and if you can find this cookie in a tin can, that version has a slightly better size and crunch.

Winter dryness is an inevitability, but it’s especially bothersome for eczema-sufferers like me. The only salve that was working for me last month was the First Aid Beauty Ultra Repair® Cream Intense Hydration. It is fast absorbing, without any lingering stickiness, allowing me to easily apply and reapply throughout the day. One caveat: I wouldn’t recommend using this product on broken skin, as the eucalyptus oil will cause a light burning sensation.

I’ve been eyeing combat boots since late summer, but struggled to find a pair that was rugged yet refined. (Well, I liked the Stuart Weitzman Kolbie Chain Block Booties, but found the chain accent a little loud.) After a round of try-ons, I found a keeper in the Sam Edelman Lydell Combat Boot, which is elevated by the blending of ribbed knit panels and stiff leather uppers. It is also affordably priced, and fairly comfortable.

The Lydell boot fits slightly small to size, so for those with a high instep or wider feet, consider sizing up as this is a pull-on style.

I loved the original Age of Empires and have been giddily awaiting the release of AOE IV since it was first announced in 2017. It finally dropped last October and, fortunately, did not disappoint; I have been enjoying a few games a week, finding it a happy distraction from the chaotic state of the world. If you play on PC, let’s team up! (It’s also now on Game Pass so you can try it for a $1.)

Thanks again to those of you who messaged about issues that you found with the new blog design. I believe all reported issues have been resolved, but do let me know if you find others.

Have a great weekend! 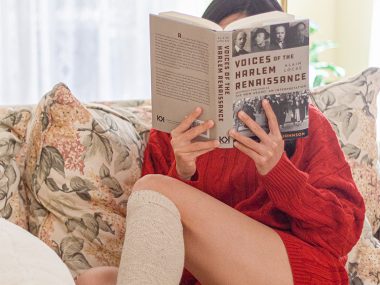