♥ Why Gen-Z Is Obsessed With LoveShackFancy (The Business of Fashion): “LoveShackFancy … has been enjoying some virality on TikTok … At Revolve, sales of the label have grown 50 percent year over year and it has risen to the top 20 percent of brands on Rent the Runway … LoveShackFancy’s price point is accessible but still aspirational for Gen-Z. Teens are willing to spend more on the brand because of its aesthetic, which evokes status … And while other young fashion brands have been solely focused on building digital-first, direct-to-consumer businesses, LoveShackFancy equally emphasises wholesale, retail, and DTC. Brick and mortar is a place for the brand to create that sense of luxury that has lured Gen-Z in, with stores decorated in elaborate wallpaper, regal furniture and crystal chandeliers, while it views wholesale as a crucial customer acquisition tool … LoveShackFancy’s current success has meant an explosion in interest in garments featuring its signature attributes, like ruffles and florals. But there’s a danger in being known for one or two styles, as shoppers eventually move on when the next trend hits.”

♥ Facebook Knows Instagram Is Toxic for Teen Girls, Company Documents Show (The Wall Street Journal): “For the past three years, Facebook has been conducting studies into how its photo-sharing app affects its millions of young users. Repeatedly, the company’s researchers found that Instagram is harmful for a sizable percentage of them, most notably teenage girls … Among teens who reported suicidal thoughts, 13% of British users and 6% of American users traced the desire to kill themselves to Instagram … More than 40% of Instagram’s users are 22 years old and younger, and about 22 million teens log onto Instagram in the U.S. each day, compared with five million teens logging onto Facebook … In public, Facebook has consistently played down the app’s negative effects on teens, and hasn’t made its research public or available to academics or lawmakers who have asked for it.”

♥ The Bad Suit Is Now Very, Very Good (GQ): “The fashion industry tends to frame American fashion as inferior to European, but more ripe for disruption … is the fact that Americans themselves tend to think of fashion and style as frivolous, or at least pointless … the suit is actually the nightmare of American fashion, because it embodies all the pain and pleasure of masculinity, in that it’s so hard … to find one that’s reasonably priced and fits nicely … style is comfort, but fashion is about pleasure.”

♥ Divorce Stinks, But It Could Be Your Superpower (The New York Times): “I have always thought of myself as a strong, independent woman. But getting divorced made me realize all the things I didn’t do and had been relying on my husband for. I wish this hadn’t been our path, and I am looking forward to the day when I’m not doing everything alone. Yet I must admit, I am super proud of the woman divorce is forcing me to become.”

♥ Revolt of the Delivery Workers (Curbed): “All summer, food-delivery workers returning home after their shifts have been violently attacked … for their bikes: by gunmen pulling up on motorcycles, by knife-wielding thieves leaping from the recesses, by muggers blocking the path with Citi Bikes and brandishing broken bottles … the city’s 65,000 delivery workers had tolerated so much: the fluctuating pay, the lengthening routes, the relentless time pressure enforced by mercurial software, the deadly carelessness of drivers, the pouring rain and brutal heat, and the indignity of pissing behind a dumpster because the restaurant that depends on you refuses to let you use its restroom. And every day there were the trivially small items people ordered and the paltry tips they gave — all while calling you a hero and avoiding eye contact.”

♥ When Doug and Ashley Benefield Started a Ballet Company, It Wasn’t Supposed to End in Death (Vanity Fair): “The night before, a neighbor of Ashley’s had called 911. When the sheriff’s deputies arrived, they found Doug on the floor of Ashley’s bedroom, bleeding from his leg, arm, and chest. They found a stray bullet on the floor and two more lodged in the walls. Ashley, who told police that she could still hear ringing in her ears, maintains she acted in self-defense. The police, according to the felony complaint, noticed no injuries on Ashley … ‘Based on the entry wounds on Douglas it does not appear that he was facing Ashley when she began shooting‘ … She has been charged with murder in the second degree—an unpremeditated killing.”

♥ Hospital Staff Must Swear Off Tylenol, Tums To Get Religious Vaccine Exemption (Ars Technica): “The form includes a list of 30 commonly used medicines that ‘fall into the same category as the COVID-19 vaccine in their use of fetal cell lines’ … The list includes Tylenol, Pepto Bismol, aspirin, Tums, Lipitor, Senokot, Motrin, ibuprofen, Maalox, Ex-Lax, Benadryl, Sudafed, albuterol, Preparation H, MMR vaccine, Claritin, Zoloft, Prilosec OTC, and azithromycin … The intent of the form is twofold … the hospital wants to ensure that staff members are sincere in their stated beliefs … and … it wants to ‘educate staff who might have requested an exemption without understanding the full scope of how fetal cells are used in testing and development in common medicines’ “

♥ A Generation of American Men Give Up on College: ‘I Just Feel Lost’ (The Wall Street Journal): “At the close of the 2020-21 academic year, women made up 59.5% of college students, an all-time high, and men 40.5% … U.S. colleges and universities had 1.5 million fewer students compared with five years ago, and men accounted for 71% of the decline. This education gap, which holds at both two- and four-year colleges, has been slowly widening for 40 years. The divergence increases at graduation: After six years of college, 65% of women in the U.S. who started a four-year university in 2012 received diplomas by 2018 compared with 59% of men during the same period.”

♥ H&M Lags Zara-Owner Inditex in Race to Regain Lost Sales (The Business of Fashion): “Analysts on average see Spain-based Inditex’ sales at €7.02 billion ($8.27 billion) in the three months through July … up 48 percent from a year earlier and 2 percent higher than in the same period of 2019 … Inditex’ sales in May and early June were twice as high as a year earlier as shoppers splashed out on post-lockdown shopping sprees. Net profit at the Spanish group is seen at €872 million, up 307 percent and up 7 percent, respectively … Swedish H&M’s sales for the June-August period, its fiscal third quarter, are seen up 14 percent year-on-year but down 9 percent from 2019.”

♥ ‘I’d Rather Be Alone’: The Influencers Pushing For ‘Relationship Minimalism’ (The Guardian): “If their friendships are non-satisfactory, they declutter, opting for fewer but more quality relationships. If the city they live in no longer sparks joy, they move. And in a quest to trim down the amount of unnecessary emotional engagement with the world, some don’t even use smartphones or social media. Living with intention … goes beyond material goods, but extends to the friends … financial decisions … and … values.”

♥ Adults Are Throwing Tantrums—in Restaurants, Planes and at Home. Blame the Pandemic. (The Wall Street Journal): “If it seems like more people have a short fuse lately, you’re not wrong … At home, at work and out in public, many of us admit to blowups, which we soon regret … It’s getting harder to muster empathy or regulate our knee-jerk reactions … Companies that track consumer behavior are observing unusually high levels of crankiness and dissatisfaction. Customer satisfaction is at the lowest level since 2005 … Weary consumers are prickly and demanding, and companies may not have the resources to provide all the products and services they did before the pandemic … A recent poll of food service workers … found that 80% said they either witnessed or experienced hostile behavior over virus-safety measures, according to the May survey of more than 2,000 workers.”

♥ “Men’s Rights Asians” Think This Is Their Moment (Slate): “To much of this community, two of the biggest stories about race in America in recent memory—the protest movement following Floyd’s murder and the attacks on Asians during the pandemic—underscore the subreddit’s thesis that America’s racial discourse has excluded Asians … In this thinking, racial justice is a zero-sum game, and the increased focus on the Black experience has relegated Asian suffering to the bottom rung.” 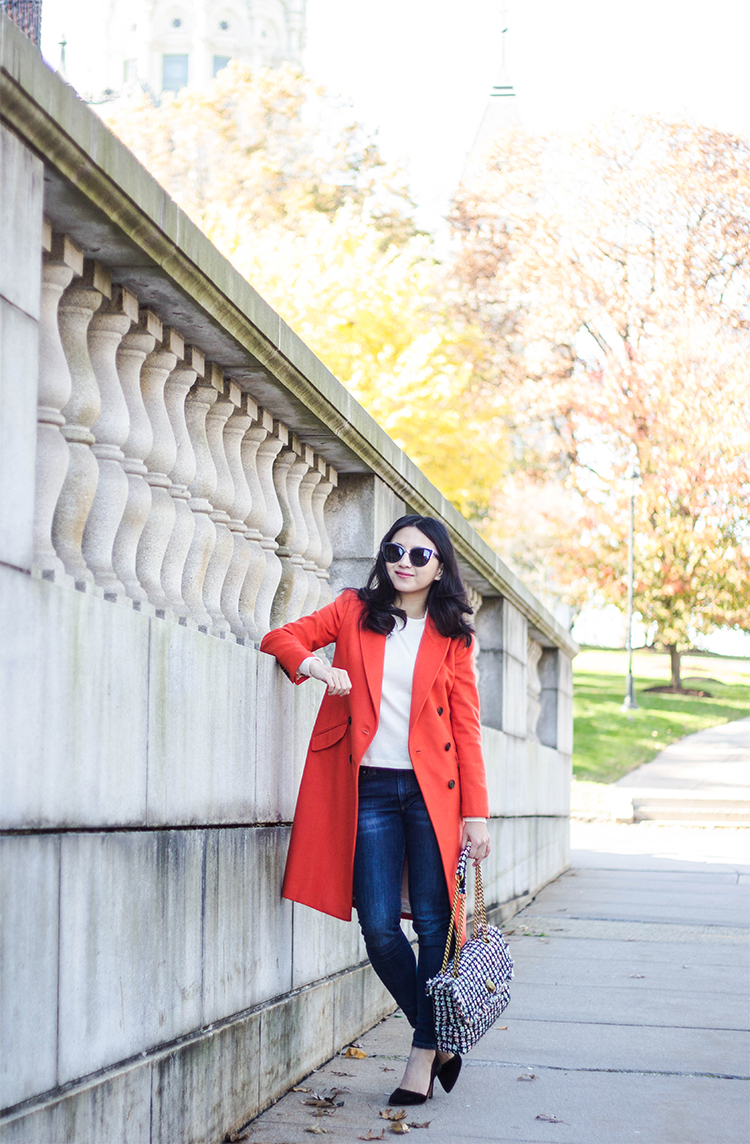 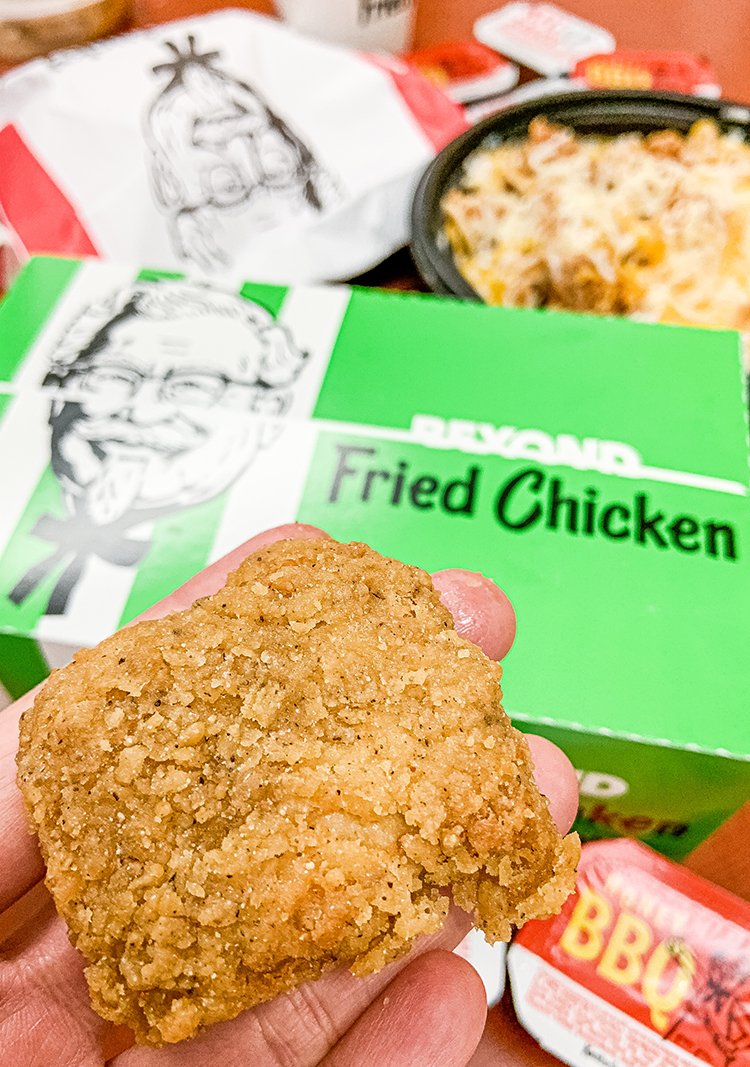