♥ How the Cape Became an Unlikely Post-Pandemic Flex (GQ): “Capes have emerged as an unlikely … post-pandemic flex in the fashion world. They popped up at Balenciaga’s couture show ,,, and in Hedi Slimane’s Fall 2021 Celine show back in February, and Vaccarello showed them with a vampiric Pete Doherty-esque campness, as huge, floor-length silk blouses, buttoned or tied only at the neck … Why the cape? Perhaps because it echoes the post-World War II fervor for extravagant reams of fabric … the new cape is sexy, exuberant, and a little dangerous.”

♥ Nordstrom, Eyeing 20-Somethings, Strikes Deal With the Online Giant Asos (The New York Times): “Nordstrom announced … that it is buying a minority stake in the Asos unit that owns Topshop, Topman, Miss Selfridge and HIIT, which Asos acquired out of bankruptcy this year. Nordstrom will also start a partnership with Asos that will bring the retailer’s brands into department stores and allow Asos shoppers to pick up and return products at Nordstrom and Nordstrom Rack stores. The financial details of the deal were not disclosed … Nordstrom has been trying to shed its association with other mall-based department stores. It has been shrinking its full-price store locations while rapidly expanding its off-price Nordstrom Rack chain, whose stores are often in strip malls. Nordstrom has also been making investments to better link its digital operations with its physical stores, through initiatives like establishing locations where customers can pick up and return online purchases.”

♥ The Logic Behind LVMH’s Phoebe Philo Deal (The Business of Fashion): “LVMH is backing Philo’s new venture in return for a minority stake in the brand, named simply Phoebe Philo … Smaller labels often struggle within conglomerates like LVMH for a few reasons. For a start, they are slapped with heavy corporate charges without really benefiting from many of the synergies that can come from being part of a group as their founders struggle to navigate internal politics and bureaucracy. But most of all, smaller labels are starved for attention from senior management, who are naturally focused on the big brands that dominate their portfolios … launching a new fashion brand with a star designer can be a very expensive and risky proposition. There is inherent risk in building a brand around a single individual. Plus, designers like Phoebe Philo come with big expectations, multi-million-dollar salaries, large creative teams and associated sampling and development costs.”

♥ Liquidators Become Shopkeepers to Peddle Pandemic’s Unsold Goods (Bloomberg): “Shopper’s Find … are sourcing directly from manufacturers or wholesalers stuck with piles of last season’s fashion and other extra goods … Shopper’s Find isn’t the first time Hilco has tried to set up its own shops. In 2014, it bought a 35-store off-price chain owned by now-defunct Stage Stores Inc., but abandoned the effort in part because the logistics and technology expense proved prohibitive … And while there’s excess merchandise on one side, supply-chain bottlenecks are bedeviling the traditional national merchants trying to source new stock. Anyone who does have goods, even from previous seasons at a discount, will find receptive customers buoyed by stimulus money and pent-up demand.”

♥ The Pay Is High and Jobs Are Plentiful, but Few Want to Go Into Sales (The Wall Street Journal): “ZipRecruiter … shows the number of sales roles advertised has risen steadily this year, up 65% to more than 700,000 open positions around the U.S. … many young workers assume that sales work means convincing customers to buy with high-pressure tactics, and are turned off. Sales has dramatically changed in recent years … shifting from cold calls to potential customers to consulting with companies that often seek out products.”

♥ Love Island, Gossip Girl and Fashion’s Big Television Opportunity (The Business of Fashion): “The big, scripted fashion moment this summer is the return of Gossip Girl. The original series, which aired from 2007 to 2012, spawned countless trends and was second perhaps only to Sex and the City in bringing luxury fashion looks to a mainstream television audience. Eric Daman, the original series’ costume designer, is back for the reboot … The Gossip Girl brand is strong enough in the fashion world that labels have been angling for placement on the reboot practically since it was announced.”

♥ Logos Lose Their Power on the New ‘Gossip Girl’ (The New York Times): “The clothes the characters wear — maximalist sneakers, vintage purses, tote bags that promote their values — reflect a more intersectional worldview … ‘The giant Balenciaga sneakers kind of replaced the Tory Burch flat’ … The change is indicative of what people, and young people in particular, consider the ‘it’ shoe of today. Blending streetwear and luxury in a single commercial object, the sneaker is what epitomizes cool now … Logos used to signify status and a certain level of wealth, but today logos are often meant to convey political or social values.”

♥ Kate Hudson-Backed Apparel Brand Fabletics Taps Banks for IPO (The Wall Street Journal): “Fabletics … recently selected Morgan Stanley, Goldman Sachs Group Inc., Barclays, and Bank of America Corp. for its IPO and is aiming to raise around $500 million in an offering … It aims to fill a gap in the market between high-end brands such as Lululemon and the cheapest brands … The IPO market has been on a tear and investors have been especially receptive to consumer-facing companies.”

♥ The Art of Going Dark on Social Media (The Business of Fashion): “Before disabling any account or going on a content archive spree, however, brands must determine if the path makes sense for them. Younger fashion and beauty brands that are reliant on social media for sales or do not have wholesale partners or a physical retail presence may not be able to afford to go completely dark … The danger is that the strategy may be perceived as a stunt, especially when there is little communication around why a dark period is necessary. Stunt marketing is typically out of step with luxury brands and may alienate existing customers who were loyal to the old brand identity. To quell any concerns that going quiet is a stunt, brands can release an earnest statement ahead of the social media break to tip off consumers.”

♥ Hotel Guests Find Damp Towels, Trash Piles Amid Worker Shortage (Bloomberg): “In the tourism industry, consumers have unleashed a leisure-travel boom that has brought hotel performance back to 2019 levels. Yet labor shortages are holding back growth and leading some businesses to limit services and capacity … Hotel companies’ reopening pains date back to March 2020, when Covid-19 brought global travel to a halt and properties shut down to save money. During the industry’s worst days, occupancy rates hovered around 20%, and seven out of 10 hotel workers had been furloughed or laid off.”

♥ Different Cultures Define Happiness Differently (The Atlantic): “Inner harmony might sound universal, but it can mean very different things in different places … Danes often described inner harmony in terms of hygge, which is something like coziness and comfortable conviviality. Meanwhile … Americans tend to define it in terms of their skills meeting their passions, usually in the context of work … 49 percent of Americans referred explicitly to family relationships in their definition of happiness, while Southern Europeans and Latin Americans generally conceived of it in terms of oneself: Just 22 percent of Portuguese, 18 percent of Mexicans, and 10 percent of Argentines talked about their families in their happiness definitions … cultures vary widely in their definitions of happiness. Therefore, it is impossible to say that one country is happier than another in some absolute sense, and a single index of ‘the happiest countries in the world’ is not instructive.”

♥ The Theranos Trial: Elizabeth Holmes, the Charges and What Else to Know (The Wall Street Journal): “The indictment alleges Ms. Holmes and Mr. Balwani defrauded two groups of people: investors and patients … Jury selection is slated to begin Tuesday, Aug. 31, with opening arguments in early September. The trial date has been repeatedly delayed because of the coronavirus pandemic. The trial was further delayed when Ms. Holmes told the court in the spring that she is pregnant and due to give birth in mid-July, when her trial was once supposed to begin … The court has set aside time through mid-December for the trial, with testimony being heard on Tuesdays, Wednesdays and Fridays … Ms. Holmes and Mr. Balwani could each face up to 20 years in prison if convicted of the charges as well as fines and restitution to victims.”

♥ Tech Workers Who Swore Off the Bay Area Are Coming Back (The New York Times): “The pandemic was supposed to lead to a great tech diaspora … But dire warnings over the past year that tech was done with the Bay Area because of a high cost of living, homelessness, crowding and crime are looking overheated … a growing number of industry workers [are] already trickling back as a healthy local rate of coronavirus vaccinations makes fall return-to-office dates for many companies look likely … Nearly 1.4 million cars drove across the Golden Gate Bridge into San Francisco in May, the most since February 2020, and afternoon freeway speeds have dropped to about 30 miles per hour, which was the prepandemic norm.”

♥ Shopping Is Back but Where Are the New Clothes? (The Business of Fashion): “The reason so many stores are selling warmed-over styles dates back to last fall when designers and buyers were planning their summer assortments. At the time, the pandemic was still raging, and there was little visibility into when it would subside … The result: womenswear brands and retailers in the US and UK introduced six percent fewer styles in the first six months of 2021 compared with the same period in 2019.”

♥ Coming Face to Face With an Illusion (The Wall Street Journal): “Pareidolias aren’t all about faces; they also include animal shapes identified in clouds formations or scenarios perceived in Rorschach tests. But those patterns are imagined; they emerge in a slower process of cognitive interpretation, rather than the ultra-fast matching triggered by the classic face template.” 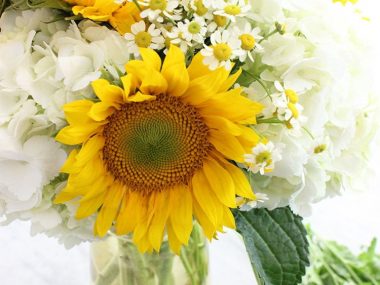 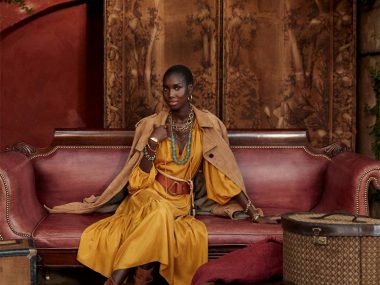