♥ How Effective Is the Mask You’re Wearing? You May Know Soon (The New York Times): “A division of the Centers for Disease Control and Prevention is working to develop minimum filter efficiency standards, and labels showing which products meet them, for the vast and bewildering marketplace for masks and other face coverings. The National Institute for Occupational Safety and Health … has been quietly writing guidelines with an industry-standard-setting organization … that are expected to be made public next month.”

♥ What Anna Wintour’s Big Promotion Means for Condé Nast (The Business of Fashion): “Under the new organisation, the American Vogue editor will become even more powerful overseeing all content at the company except The New Yorker. She will also set the strategy for Vogue as its global editorial director … GQ, Architectural Digest and Condé Nast Traveler have all been consolidated under one global head. Wintour’s right hand in the US, long-time Vogue director Christiane Mack, was named chief content operations officer … Most but not all of the newly-elevated global leaders are based in the US, as the publisher cements more power in America following last year’s merger … But the US-centred shift raises questions about how the publisher plans to produce relevant coverage in local markets where trends and politics shift widely.”

♥ What’s Behind Vogue’s Editor-in-Chief Exodus? (The Business of Fashion): “… Condé Nast’s US … announced the exit of several of the company’s highest-level editors and executives in key European markets, including Germany, Spain and Italy … The changes in leadership will effectively rein in regional divisions that have operated as something like nation-states for decades, led by managing directors and editors-in-chief who fiercely competed with each other for content and revenue … Condé Nast is grappling with how to organize itself efficiently in a world that is both globalising and localising simultaneously. Its readers are interacting with content across borders, but local concerns about culture and taste remain key differentiators. For now, the publisher is choosing a more unified approach in the European region, which may signal further consolidation in the future.”

♥ The Luxury E-Commerce Wars Heat Up (The New York Times): “… Richemont … and the Chinese technology titan Alibaba announced that they were making a $1.1 billion investment in the online fashion retailer Farfetch … Kering … also increased its stake in Farfetch by $50 million through its investment vehicle Artémis. The move united two of the biggest groups in luxury in common cause and potentially formed a bridge between two of the dominant luxury e-commerce platforms: Farfetch and Yoox Net-a-Porter, also owned by Richemont.”

♥ PlayStation 5 Scalpers Use Bots to Hunt Down Scarce Consoles (Bloomberg): “… the coronavirus has squeezed production and pushed more console sales online — where scalpers use sophisticated bots to buy up the PlayStation 5 … So far, Sony appears to be seeing sales of about one game for every three devices — compelling evidence scalpers are hoarding the consoles. First-month estimates … show Sony sold around 213,000 PlayStation 5 consoles in the country, while the top three titles sold less than 63,000, excluding digital downloads … For comparison, Nintendo sold a half million Switch consoles in its first four weeks on the domestic market, and the top three titles accounted for roughly the same number.”

♥ (Podcast) A Song of Impotent Rage (Reply All)

♥ The Pandemic Helped Them Realize: I Want to Marry You (The Washington Post): “Although annual statistics for engagements are virtually nonexistent, there’s evidence to suggest the coronavirus pandemic has produced a bumper crop … some couples who committed for life this year did so largely because the pandemic afforded them more time together … There are numerous other couples who reportedly found clarity in their romantic lives amid the pandemic’s chaos.”

♥ Puppy Scams Have Spiked in the Pandemic (The New York Times): “In November … the Better Business Bureau received 337 complaints from people about such scams, compared with 77 in November 2019. Scammers are notorious for preying on people who are vulnerable during natural disasters, but the isolation of the pandemic has created fertile ground for those looking to exploit people who are seeking the comfort of four-legged companions, mostly puppies … Many use social-distancing mandates to explain why buyers cannot see dogs in person before committing … The majority of the reports are for undelivered puppies, especially for Yorkshire terriers and French bulldogs, but kittens account for about 12 percent of the complaints, the bureau said.”

♥ “He’s Radioactive”: Inside Johnny Depp’s Self-Made Implosion (The Hollywood Reporter): ” ‘… He still has a fan base that in many ways is like Donald Trump’s with their emotional intensity and commitment to a star icon. It’s not based around principles. It’s about charisma and their identification of the range of characters that he’s played.’ But Hollywood decision-makers may be less forgiving in light of the U.K. trial’s copious drug references — cocaine, alcohol, Xanax, Adderall, Roxicodone, magic mushrooms and ecstasy.”

♥ Facebook Is a Doomsday Machine (The Atlantic): “Today’s social networks, Facebook chief among them, were built to encourage the things that make them so harmful. It is in their very architecture … Facebook is not a media company. It’s a Doomsday Machine … Facebook does not exist to seek truth and report it, or to improve civic health, or to hold the powerful to account, or to represent the interests of its users, though these phenomena may be occasional by-products of its existence … it took the concept of ‘community’ and sapped it of all moral meaning.”

♥ America’s Hollow Middle Class (Vox): “You maintain your middle-class identity by defining yourself as not poor, not working class, regardless of your debt load or the ease with which you could descend into financial ruin. So many are so obsessed with defining themselves as not poor that they can’t grapple with the changes in spending habits that would actually prevent them from becoming so … Delia … is a real person, but Delia’s not her real name; she doesn’t want others knowing her family’s business. She also thinks all her friends and neighbors are in a better financial situation than she is. They don’t ever talk about it, but she thinks they have better rates on their mortgages, more equity in their homes — how else could they drive $60,000 SUVs and put pools in over the summer? But someone on the outside might look at Delia’s life and think something very similar. That’s how you get the hollow middle: when a bunch of people are terrified of being poor, have no idea how to talk with others about money, and have no political will to advocate for changes that would alter their position.”

♥ My $200,000 Sushi Dinner (The New York Times): “My conclusion at the end of the experiment was that Bitcoin was an incredibly useful demonstration of how a secure, distributed, peer-to-peer ledger … could work for keeping track of ownership online. You could use Bitcoin’s technology for car titles or housing deeds, transferring ownership of a car or house in seconds rather than the antiquated process of standing in lines forever at government agencies. But Bitcoin as a store of value? That seemed silly. I didn’t buy the arguments that Bitcoin was like gold … Fast forward to 2020 … I called Yung Chen to check in. He and his wife retired from the restaurant business a few years back … They were able to thanks in part to their cryptocurrency earnings of about 41 Bitcoin in total.”

♥ Theranos Founder Elizabeth Holmes Wants Boies Schiller Documents Kept Secret (The Wall Street Journal): “Ms. Holmes is slated to go to trial in early March … They have both pleaded not guilty to charges that could send them to prison for 20 years. Prosecutors … said … that the 13 documents at issue weren’t protected by attorney-client privilege because they stemmed from work Boies Schiller lawyers were doing for Theranos as a company, not Ms. Holmes personally. The emails, sent from 2013 to 2016, haven’t been publicly disclosed but generally discuss how Theranos should respond to the media, investors and regulators, court filings show. Most deal with potential legal action Boies Schiller was helping Ms. Holmes pursue against The Wall Street Journal … Ms. Holmes has said Boies Schiller represented her personally, while government lawyers have argued that the firm only represented the company and that Ms. Holmes can’t pass a five-part test established by an appellate court to prove the privilege extends to her. Prosecutors said the person tasked with liquidating Theranos has said they won’t claim privilege over the documents.”

♥ The Super-Rich Are Buying Luxury Online Like Never Before (Bloomberg): “Last year, Christie’s hosted just four online-only luxury sales in the same November-December stretch. Those sales carried a high estimate of about $9.5 million. This year, there will be 12, with a total high estimate of just under $40 million, a 322% increase … Sotheby’s … has already quadrupled its year-over-year volume of online sales; it quintupled its total sales, which currently stand at $150.5 million … Of that amount, $79.7 million has gone to online jewelry sales—nine times greater than last year—and $41.95 million, has gone to watch sales, five times as much as in 2019 … 1stDibs, the online platform for high-end furniture, art, and jewelry, has seen gross merchandise value rise year over year by 30% for the past six months. Especially in the two months leading up to the holidays.”

♥ Jeans Now, Pay Later (The Atlantic): “… their revenue comes primarily from stores, which pay much more than they would to process the same transactions with credit cards … These new lenders … give retailers greater access to … the nearly half of Americans in their 20s who don’t have a credit card. While many of the services offer loans for four- or five-figure purchases, with interest rates similar to those of credit cards, their bread and butter is the mundane commerce of everyday life for the young … financial experts … voiced apprehension about the sudden pervasiveness of point-of-sale lenders and the challenges consumers face in using them wisely. Their penchant for targeting young audiences … was also a point of concern. But the experts were clear about something else: There is no reason to vilify these services more than any of the other products that encourage (or merely help) people to buy things they can’t afford … That come-what-may desire for instant gratification is what point-of-sale loans hope to inspire in us … By decoupling the act of buying from the act of spending, they remove the psychological friction that can force people to stop, consider their choices, and decide whether they can really afford to buy that one fabulous thing.”

♥ Workers Tap Retirement Savings as a Last Resort (The New York Times): “Since the pandemic began rippling through the economy in March, more than 2.1 million Americans have pulled money from retirement plans at the five largest 401(k) plan administrators … that’s only about 5 percent of the eligible 401(k) and 403(b) clients across all of those companies. But that’s still higher than in a more typical year … The average total withdrawal this year was about $20,000, often spread over two or three transactions. That’s more than three times as much as the typical hardship withdrawal — less than $6,000 in a 12-month period — for the last several years.” 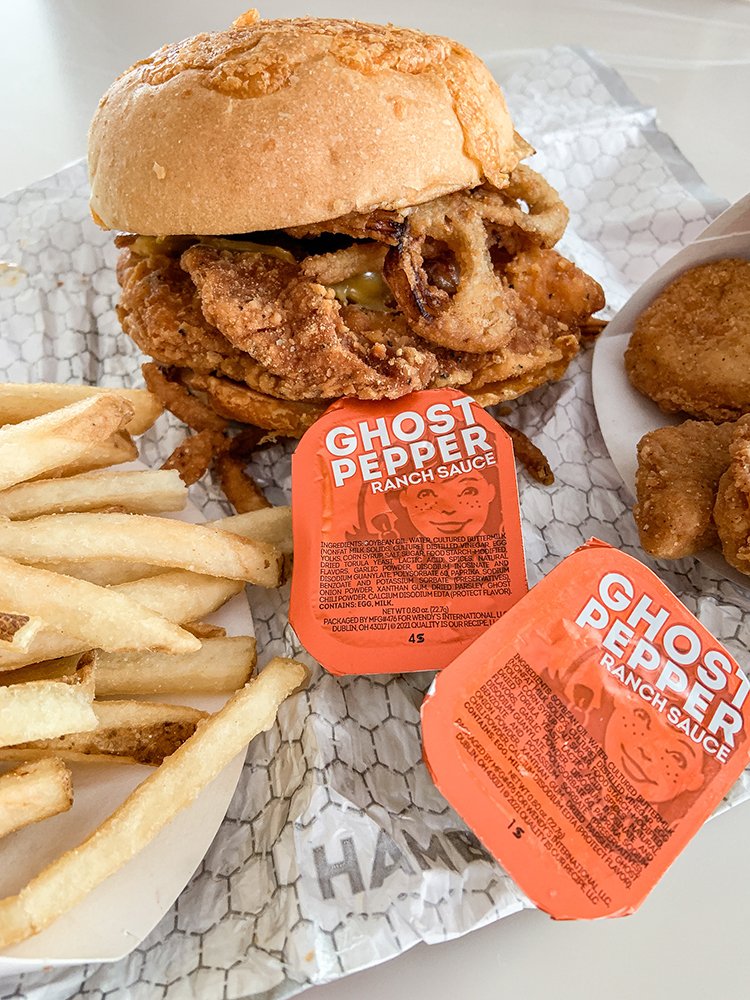 On ElleBlogs.com: found a mini backpack for my cas

On ElleBlogs.com: Kicking off the year with a revi