♥ (Worth reading in full to appreciate why it set Twitter on fire) The Balletic Millennial Bedtimes of ‘Normal People’ (The New York Review of Books): “The generations have always sized up one another in broad categorical descriptors. Though much current media attention is given to the millennial disdain for their elders (e.g., ‘OK, Boomer’), what millennials seem like to baby boomers (who are sometimes their parents) is often discussed more quietly. To generalize sweepingly, and in a way that is not contradicted by Rooney’s work, some of the mutterings—I am only reporting—include the following: millennials seem wedded to ideas of status and conventional success, but they want to ‘infiltrate’ plutocratic institutions as ‘Marxists’ and prized guests; they will deride yet exploit all privilege; raised to be competitive, they find envy is not a form of hate but a legitimate aspect of success-culture and an expression of congratulations. Millennial coveting (cloaked in self-rebuke) is a natural aspect of late-stage capitalism—the cadging of mates and lodging from elders is politically justified filching and may or may not be ‘Bohemian,’ a term few people have ever had a good grasp on. (If you don’t really desire what you take, perhaps the trespass is not actual and certainly not immoral. This is all perhaps better illustrated in Rooney’s first novel, Conversations with Friends, from 2017.) Due partly to smartphones, millennials are essentially suburban, no matter where they have actually grown up. They have no authentic counterculture—Is not their use of social media a version of the old-fashioned Christmas card letter?—and thus secret self-harm such as cutting (unheard of among boomer youth) has rushed in to fill the vacuum. Para-suicidality has sidled up. For the more aesthetically minded millennial, there is wondrous tattooing that bespeaks an impressive lack of worry that life might be long.“

♥ The Phantom Handbag (The New York Times): “… throughout lockdown, people have been finessing the minutiae of their routines … and will likely now shop with these in mind. ‘Functionally is going to be even more important than it ever was before’ … a market for inventive canvas shoppers, lined in something waterproof, or cross body bags with adjustable straps for hiking or cycling … with stores closed, fashion and accessories sales have plunged by 35 to 39 percent according to … McKinsey, and some of the money that might normally have gone on bags has, over the last few months, been allocated to bikes … In March, nationwide US sales of bicycles and related-services nearly doubled compared with the same period last year … Large leather bags are impractical for cycling: anything too long swings forward and lodges between the legs, making pedaling difficult, while shoulder styles risk slipping down.”

♥ Coronavirus-Hit Retailers Create New Curbside Shopping Experiences (The Wall Street Journal): “For many stores, curbside pickup of online purchases has been a lifeline. But a few are going a step farther, building up their window displays and adding colorful touches to sidewalk services to bring back some of the serendipity and fun of pre-pandemic shopping … Developing efficient curbside pickup systems or sidewalk experiences can take resources at a time of financial stress … Some retail operators are hoping the restrictions will go away before they need to make any long-term changes … A survey published in May … found that 42% of consumers didn’t plan to re-enter store premises, even when they were allowed to.”

♥ The True Story of the Heartthrob Prince of Qatar and His Time at USC (Los Angeles Times): “From the moment Al Thani stepped off the plane, an entire economy quickly grew up around him to meet his wishes and whims: chauffeurs, a security detail, concierges, trainers, a nurse, an all-purpose fixer and even, according to several USC faculty members, a graduate student who served as his academic ‘sherpa’ … His enablers went to extraordinary lengths to keep him happy: Forging documents, flouting university rules, plying a UCLA dean with a golden camel statue, giving a Rolex to a professor and even … buying a $500 gift for a DMV employee in an effort to secure a coveted vanity plate.”

♥ Why Don’t Women Self-Promote As Much As Men? (HBR): “… despite the fact that men and women performed equally well on the test on average, men in this Public version rated themselves an average of 61 out of 100 while women only rated themselves a 46 out of 100. This self-promotion paid off: workers who rated their performance more highly on the 0 to 100 scale were more likely to be hired and offered higher pay … this gender gap was not driven by confidence or by strategic incentives, and that it was robust both in the face of ambiguity and under increased transparency … At this point we can only speculate. Prior work investigating self-promotion has pointed to the potential for gender differences in backlash.”

♥ ‘Buy Now Pay Later’ Is Having a Moment as Pandemic Changes Shopping Habits (The Wall Street Journal): “Australia’s largest tech company by market capitalization—about $13.5 billion—Afterpay is expanding across the U.S. … its stock has risen more than ninefold [since a March low], while 1.6 million new U.S. users started spending through its technology over the past four months … Four years after its debut on Australia’s stock market with a market value of $115 million, Afterpay is still loss-making … Most of Afterpay’s revenue comes from retail merchants, which pay a percentage of the value of each order placed by customers, plus a fixed fee.”

♥ ‘I Can’t Keep Doing This:’ Small-Business Owners Are Giving Up (The New York Times): “Nearly 66,000 businesses have folded since March 1, according to data from Yelp … Researchers at Harvard believe the rates of business closures are likely to be even higher. They estimated that nearly 110,000 small businesses across the country had decided to shut down permanently between early March and early May, based on data collected in weekly surveys by Alignable … it was difficult to accurately gauge how many small businesses were closing because, once they shut their doors for good, the owners were hard to reach.”

♥ Where Does Burberry Go From Here? (The Business of Fashion): “Burberry is attempting to elevate its image to join … other pure luxury brands. However, interest in Burberry was declining before and during — but also after — the lockdowns, according to a recent Bernstein analysis of Google search trends. That indicates waning excitement about what star designer Riccardo Tisci can bring to the brand; his arrival two years ago was meant to generate a wave of hype that would justify charging higher prices for handbags and clothes. Many brands have tried to pull off this sort of pivot, but few, if any, have succeeded.”

♥ A New Site Connects ‘Egirls’ With Gamers—for a Fee (WIRED): “Under the tagline ‘Never Battle Alone’ and against a purple background, egirl.gg hosts hundreds of profiles listing mostly women’s pictures, game rankings, customer ratings, and rates per game, which range from $1 to about $15 … for years, women have advertised themselves as companions, boosters, or both over the gig website Fiverr. But egirl.gg centralizes that process, and focuses on companionship rather than rankings.”

♥ A Royal Instagram Mystery (The New York Times): “Was it coincidence that Instagram popularity appeared to align so unwaveringly with monarchical hierarchy? Or was there invisible mischief afoot? … inauthentic activity is somewhat unverifiable. One of the biggest challenges of unearthing fake followers, for the layman, is that many of the tools for doing so have disappeared.”

♥ My favorite backpack for short(er) trips, the Osprey Porter 30 Travel Backpack, is now 43% off at Amazon (a historic low according to an Amazon price tracker). In fact, for those of you in the market for a new backpack, dozens of Osprey styles sold or fulfilled by Amazon are now very well-discounted.

♥ The Bank Drive-Through Makes a Covid Comeback (The Wall Street Journal): “Banks … have been closing their drive-through lanes for at least a decade … that started to change in March, when banks began curbing branch service to limit the risk of the new coronavirus spreading to customers and employees … Calls to service drive-through equipment jumped 42% in April and May compared with the average of the previous 12 months, the company said. Cylinder sales are up 300% over the same period.”

♥ Teletherapy, Popular in the Pandemic, May Outlast It (The New York Times): “According to a recent survey from the American Psychological Association, three-quarters of clinicians are doing only teletherapy, and another 16 percent are doing a combination of remote and in-person sessions … Peer-reviewed studies have shown that remote therapy — or ‘teletherapy’ … can be just as effective as in-person therapy for treating post-traumatic stress disorder, depression and anxiety … 76 percent of therapists said that treating patients remotely is more challenging than in-person. Some things simply can’t be done over video … Another drawback: It can be tough to find privacy.”

♥ How Capitalism Drives Cancel Culture (The Atlantic): “… the best way to see the firings, outings, and online denunciations grouped together as ‘cancel culture’ is not through a social lens, but an economic one … the ‘iron law of woke capitalism’: Brands will gravitate toward low-cost, high-noise signals as a substitute for genuine reform, to ensure their survival … Those with power inside institutions love splashy progressive gestures … because they help preserve their power. Those at the top—who are disproportionately white, male, wealthy, and highly educated—are not being asked to give up anything themselves … A lack of due process does not become a moral good just because you sometimes agree with its targets.”

♥ How Third-Party Sellers Can Make Amazon Work for Them (HBR): “… businesses considering partnership with Amazon face an unavoidable dilemma — form the partnership and risk ceding profits to Amazon, or eschew the partnership and forgo the operational cost savings and access to new customers … Amazon’s platform business model builds on network effects, which enable Amazon to outcompete other sales channels … partners should identify the products that could benefit most from Amazon’s broad consumer reach, or its unmatched operational efficiencies … Partners should also actively bolster the alternative channels by making product offering decisions that are conducive to their success … Protect … Crown Jewels … Partners could be especially harmed when the products that account for large proportions of their total sales revenues are exposed to Amazon’s bargaining power … Strategizing the product offering decisions early on can put partners in better positions to deal with Amazon.”

♥ M.B.A. Programs Debate Dropping GMAT (The Wall Street Journal): “Schools across the country began waiving test requirements for the fall semester as the coronavirus pandemic closed centers where students take the GMAT … The test waiver could also help some schools see a rebound in M.B.A. program applications and enrollment … Wisconsin’s full-time M.B.A. program was under pressure before the pandemic and considered closing the program in 2017. After initially waiving GMAT requirements earlier this spring … [the estimated] fall enrollment will be up about 30% from a year earlier.”

♥ Teenage Angst, Revisited in Isolation (The New York Times): “A recent Pew Research Center survey found that roughly 20 percent of U.S. adults moved, or know someone who relocated permanently or temporarily, because of the pandemic … Some moved to reduce their risk of contracting the virus; others, because of financial instability or a fear of quarantining alone. Many left cities and returned to their smaller hometowns. Staying with their families, many slept and worked in the rooms where they grew up, describing that it felt like visiting a museum filled with relics of their past selves.” 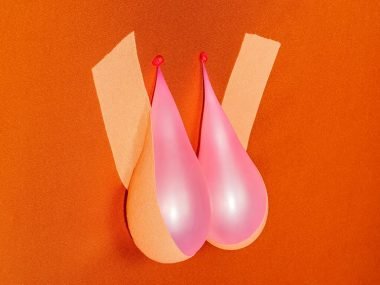