♥ For lovers of memes, the latest Reply All episode “Fool’s Trade” is so delightful (it’s a “Sports, Sports, Sports” segment). I had had what was a very trying day, capped off by watching my favorite esports team get curb stomped by a team who made the news last week after being defeated by a team who had been on a 0-42 losing streak. And “Fool’s Trade” (and a late night McDonald’s run) had me laughing out loud, forgetting the day’s struggles and feeling like the world’s most #blessed person. For anyone having a rough day, I highly recommend it!

♥ Virginie Viard Takes the Helm of Chanel After Karl Lagerfeld (The New York Times): “Mr. Lagerfeld referred to Ms. Viard as both his right and left hand. As soon as he completed a sketch, her work began. She oversaw six collections a year and also served as a translator of Mr. Lagerfeld’s vision. She spent time with suppliers and the heads of seven ateliers and assessed what new or archival techniques best corresponded to Mr. Lagerfeld’s ideas. Her involvement extended to approving the model casting and inspecting each detail backstage.”

♥ Wearing Your Coat Like a Cape: The Ultimate Female Power Move? (The Wall Street Journal): “… the diva coat often reads as rarefied … Is it ever actually necessary? No, but it is perhaps ‘strategic.’ For celebrities—and the influencers and editors who frequent fashion shows—propping a topper on your shoulders is paparazzi-friendly, designed to show off your fierce outerwear while letting the outfit underneath shine.”

♥ Gap Surges After Announcing Plan to Spin Off Old Navy (Bloomberg): “The remaining company, which still needs a name, will consist of the namesake Gap brand, Athleta and Banana Republic, plus a couple of lesser known brands. It will have annual revenue of about $9 billion, compared to Old Navy’s $8 billion, the company said … As part of the reorganization, the company will slash the store count of the struggling Gap brand by closing 230 locations over the next two years. These closures will erase $625 million in sales … The three largest brands were meant to complement each other, with Old Navy pulling in families with discounts, Gap resonating with high school and college students and Banana Republic a go-to for young professionals. The model has frayed in recent years, with the Gap brand under increasing pressure amid complaints about its clothes and messy stores.”

♥ J.Crew Taps Chris Benz as Head of Women’s Design (The Business of Fashion): “Chris Benz, best known for his namesake ready-to-wear label, has been tapped by the struggling retailer to lead design for both womenswear and Crewcuts, the kid’s brand. He’s joining from Bill Blass, where he has been creative director since 2015.”

♥ Former Madewell and J.Crew Designer Partners With Alex Drexler to Relaunch Alex Mill (Fashionista): “… Sikhounmuong … After heading up various design roles at both Madewell and J.Crew … signed on to help relaunch the label Alex Mill … Alex Mill … counts … Drexler as an investor and strategic advisor, and was started by his son Alex Drexler. Originally launched as a men’s shirting brand, the label has been reimagined to include a women’s collection in addition to a fuller range for men.”

♥ Inside the Rise and Fall of a Multimillion-Dollar Airbnb Scheme (The New York Times): “New York regulations are supposed to keep apartments from being pulled out of an already-tight rental market to cater to the tourist trade. They specify that it is illegal to rent an entire apartment in most buildings for fewer than 30 days unless the permanent tenant is present while the renter is there. Posting a unit that should not be listed on Airbnb is a civil offense, not a criminal one, and the city typically issues violations that can result in fines of thousands of dollars; lawsuits are filed in the most egregious of cases. In this lawsuit, the city is seeking more than $20 million from the defendants.”

♥ It’s February, Why Are There Bare Ankles Everywhere? (The Wall Street Journal): “Bare ankles were once a rare sight in the winter, sported mostly by sockless prep-school students in boat shoes. Now, cropped pants, leggings and short boots are hot looks even in winter, driving fashion-conscious men and women to subject their ankles despite this season’s Arctic temperatures … Socks look goofy with short pants … or detract from a nice shoe. ‘It’s like socks with sandals’ … Going without socks or hosiery is ‘very freeing’ … and reflects the casual nature of today’s fashion and lifestyles.”

♥ The Next Money Crop for Farmers: Solar Panels (The Washington Post): “Across the flatlands of Illinois, a new crop is rising … Hundreds have applied to host acres of solar panels on their property, a move encouraged by a state law requiring that renewable resources provide 25 percent of Illinois power by 2025.”

♥ Why It Bags Are Making a Comeback (The Business of Fashion): “… while the $19 billion fashion handbags market is decreasing, designer handbag sales are increasing because many consumers see those products as a worthy investment … LVMH reported leather goods sales across its brands rose 15 percent in 2018 to €18.5 billion … Dior deployed an aggressive marketing strategy to revive the Saddle, enlisting about 100 influencers … to wear and post about it. The bag generated almost $3.5 million in earned media value in the third quarter of 2018 … But the momentum didn’t sustain, with that figure dropping to just $193,300 in the final three months of the year … Luxury brands will likely try to extend the current cycle of bag relaunches for three to five years by controlling distribution and offering a steady dose of new takes on famous silhouettes. But it’s also not clear whether high-profile relaunches can approach the staying power of the original.”

♥ We Love to Be Smushed (The New York Times): “Heavy bedding and other compression items have resonated, metaphorically and psychologically, as transitional objects for a population under stress … And deep pressure is the main ingredient in a weighted blanket, which may raise serotonin and melatonin levels.”

♥ Why Traditional Retailers Struggle to Figure out Subscription Services (Digiday): “Retailers not only have to sign up more customers every month, but convince existing ones to stick with the service. A McKinsey survey of 5,000 U.S. consumers last year found that 40 percent of e-commerce subscribers have canceled their subscriptions.”

♥ The Math Behind Successful Relationships (The Wall Street Journal): “Marriages … fell into five categories: validating, volatile, conflict–avoiding, hostile and hostile–detached … Only three—validating, volatile and conflict–avoiding—are stable … but a volatile marriage, though passionate, risks dissolving into endless bickering. Notably … as the years passed, each couple’s style of communication changed very little from that initial videotaped contentious exchange.”

♥ ‘The Monsters Are the Men’: Inside a Thriving Sex Trafficking Trade in Florida (The New York Times): “That such a lucrative trafficking network existed near the ritzy enclaves of Jupiter Island, home to the likes of golfer Tiger Woods, and Palm Beach, home to President Trump’s Mar-a-Lago estate, seemed unfathomable … But Palm Beach was also the place where a well-connected billionaire financier from New York, Jeffrey E. Epstein, was accused a decade ago of molesting dozens of underage girls.” 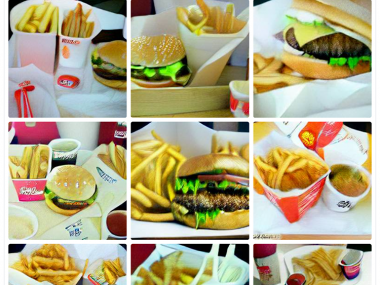