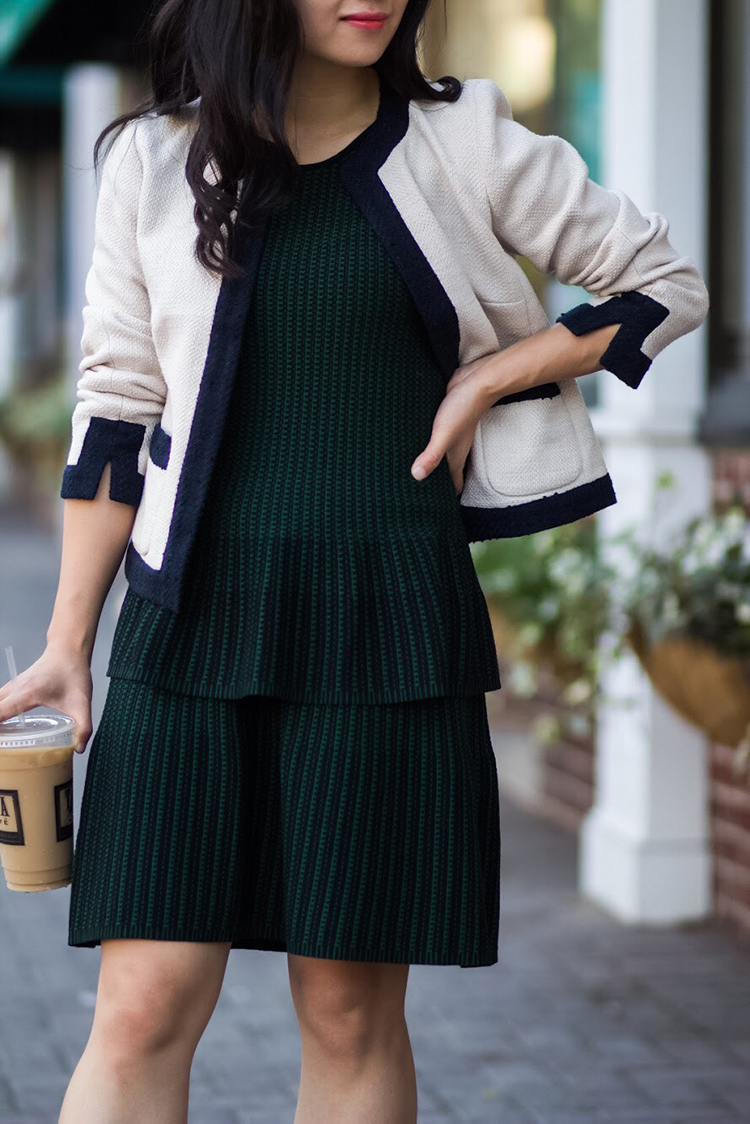 ♥  Hedi Slimane’s Celine: Mamma Mia! Here We Go Again (The New York Times): “For a while, it was possible to hold out hope that Mr. Slimane might have lived up to all the hype around his reputation. That instead of repeating himself, he really would have been able to evolve his sense of form into something new; something that spoke more generously to those with multidimensional lives. It’s rare for a designer to be able to change how people use dress to express themselves more than once in their career — Yves Saint Laurent (the man) did it, but he was an outlier. It turns out Mr. Slimane isn’t. He had his moment. It mattered. Now he’s just reliving it.”

♥  J.Crew’s Sales Have Suffered for Years. Now It’s Trying a Whole New Look. (Vox): “… going broad also has made J.Crew’s identity more diffuse: It looks more like every other clothing company on the market.”

♥ J. Crew to Unveil New Brand for Younger Women in Recovery Plan (Bloomberg): “‘We see ourselves as having more than two brands. In fact, we’ll be announcing one new brand this year,’ Chief Executive Officer Jim Brett said in a Bloomberg TV interview. ‘It is aimed at women, and it’s younger than any of our existing brands.” He declined to provide further details.”

♥ J.Crew’s New Designer Talks to Vogue About Today’s Relaunch, Resetting the Brand’s Values, and What Comes Next (Vogue): “‘We’re still embracing the preppy look but [also] adding other elements to our mix as well,” [Uurasjärvi] says. “I see a big opportunity with our wear-to-work category, with new fabrics, lighter colors, and beautiful patterns that will be feminine, elegant, and modern. We’re celebrating the mood of confident femininity that’s happening in the world.’ That means designing pieces with a little room for interpretation, so they aren’t telling shoppers how they’re “supposed” to wear something. ‘Today’s customer wants to create their own style, and it’s our job to inspire that in many different and new ways.’”

♥  Inside the J. Crew-Universal Standard Collaboration (Retail Dive): “Through this collaboration, J. Crew expanded its offerings and mindset when it comes to the consumer, but it didn’t fundamentally change what it stands for as a company and how it operates. And neither did Universal Standard. For example, J. Crew will continue to operate with seasonality in mind and mark down inventory to work through it, but Universal Standard will remain seasonless and full price.”

♥ Lululemon, the Brand that Invented Athleisure, Plans Its Second Act (Fast Company): “Over the last two years, Lululemon has developed a way to identify and measure each person’s unique pattern of movement. Until now, the entire sportswear industry–Lululemon included–recommended products based on the customer’s size and a specific activity … But when Lululemon carried out its own research, it found that two women with a 36C bra size experienced different breast motion as they moved … Lululemon plans to capitalize on its ability to track how each customer’s body moves … The idea is for customers to learn about their own unique pattern of motion while allowing store representatives to provide highly customized product recommendations … Lululemon is eyeing its future in a post-athleisure world, where comfort–not product categories–determines what consumers wear to work as well as the gym.”

♥  Why 4 a.m. Is the Most Productive Hour (The Wall Street Journal): “Nonexecutive early birds aren’t necessarily workaholic. They hope to avoid the distractions of technology and social media. Those who work from home want a jump start on their day before other demands intrude. Some are seeking solitude and quiet.”

♥ Which Kinds of Foods Make Us Fat? (The New York Times): “… researchers randomly assigned one of 29 different diets to hundreds of adult male mice … Only some of the mice became obese — almost every one of which had been on a high-fat diet. These mice showed signs of changes in the activity of certain genes too, in areas of the brain related to processing rewards; fatty kibble made them happy, apparently. None of the other diets, including those rich in sugar, led to significant weight gain or changed gene expression in the same way.”

♥  The Slight Profundity of Dunkin’ Dropping the “Donuts” (The New Yorker): “Dunkin’ what? The company joins a list of brands with global reach whose names have been whittled down to complete meaninglessness. Weight Watchers just rebranded itself as WW. Jo-Ann Fabrics is now Joann … The company, in simplifying its name, may just be trying to market more easily a vaguely defined universe of products, or to better compete globally, but it also feels like a nod to colloquialism, and to the familiar. We recognize a Dunkin’ when we see one, no matter what the sign says.”

♥ Your DNA Is Not Your Culture (The Atlantic): “The most charged criticism against genetic-ancestry tests is that they emphasize people’s genetic differences, ultimately reifying race as a meaningful category when it is in fact a social construct … Mixed ancestry does not necessarily mean a harmonious coexistence, past or future. African Americans have, on average, 24 percent European ancestry. To take a genetic-ancestry test is to confront a legacy of rape and slavery—perhaps to even recognize one’s own existence as the direct result of it.”

♥  For Rent: 98-Square-Foot BR in Co-Living Apt., Community Included (The Wall Street Journal): “Part of what’s driving the co-living movement is that developers make more money a square foot, even as they charge customers less in total monthly rent than they would pay for a studio or even, in some cases, a comparable roommate situation. That flat price—which also includes timesaving services and a social element—gives residents the perception of a better deal.”

♥  Michael Kors Splurges on Versace (The Economist): “… on September 25th the American brand announced it was buying Versace for €1.83bn ($2.1bn). The Versace family currently hold 80% of the business; the rest is owned by Blackstone, the world’s largest private-equity firm … Michael Kors’s share price fell by nearly a tenth on news of the deal with Versace, which was barely profitable last year … Michael Kors’s move is part of its efforts to transform itself into a luxury-brand conglomerate along the lines of big European groups … To that end, the American group has recently scaled back the sale of its items at off-price shops. Along with its purchase of Versace, Michael Kors announced that it was renaming itself Capri Holdings, a moniker inspired by the Italian island and the three towering rocks off its coast.”

♥  10 Stylish Women on Essential Investment-Fashion Pieces (The Wall Street Journal): “The behavioral economist Cass Sunstein explained to me that there are two ways to think of investment. The first, he said, ‘is that you have it, and you enjoy it, and you use it for a long, long time.’ Like a solid family car, or a good suit. The second kind is a more typical investment scenario: putting money into ‘stocks or comic books or art’ in the hopes of reselling it later at a profit. Although fashion investments have historically fallen into the former category, they’re now entering the latter too.”

♥  Nike Nearly Dropped Colin Kaepernick Before Embracing Him (The New York Times): “In the summer of 2017, a debate raged in Nike’s headquarters in Beaverton, Ore., over whether to cut loose the controversial, unemployed quarterback — and the company very nearly did … [but] ultimately decided it was a risk worth taking, given the credibility the company would gain with the young, urban market it has long targeted … The risk appears to have paid off. Late Tuesday, Mark Parker, the chief executive of Nike, told Wall Street analysts on the company’s quarterly earnings call that the campaign had yielded ‘record engagement with the brand.’”

♥  Here’s the Plan to End Malaria With Crispr-Edited Mosquitoes (Wired): “If the sterile male experiments go well, they’ll step up to something called an ‘X-shredder,’ a genetically engineered mosquito that produces almost entirely male offspring. After a few months, the modification will eventually peter out of the population. So it still won’t be an effective malaria eradication strategy. But it will give regulators more data to go on before considering a full-blown gene drive that could cross borders and persist in perpetuity.”