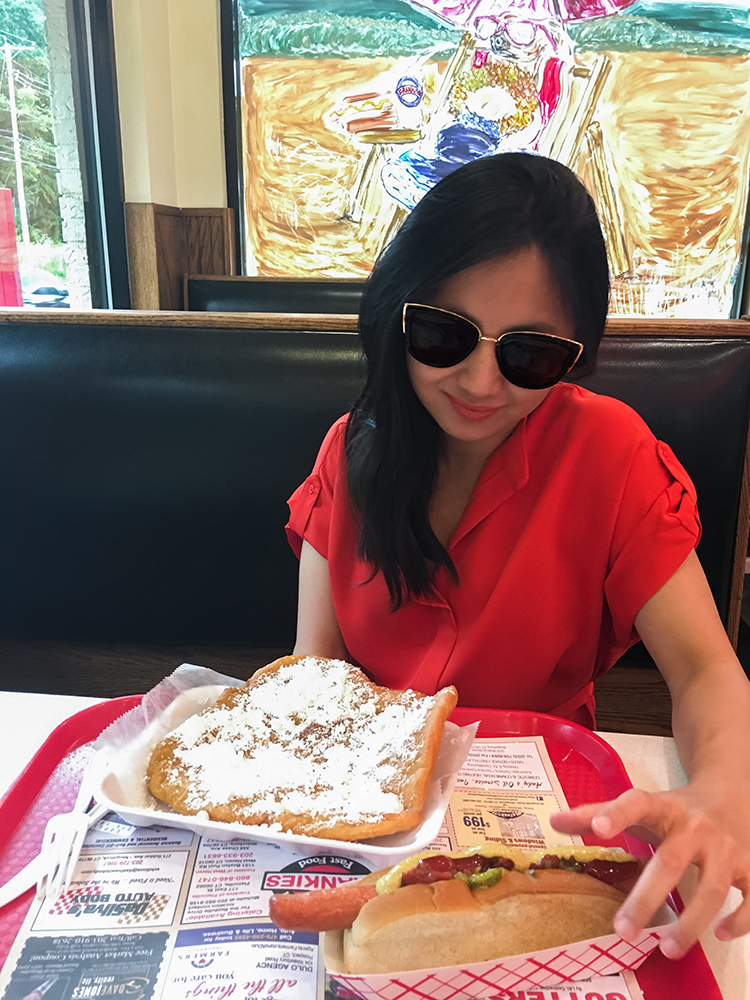 ♥  She Works for Trump. He Can’t Stand Him. This Is Life with Kellyanne and George Conway. (The Washington Post): “There’s a theory among D.C. Trumpologists that this is all a charade. A way for the Conways to be part of both the Trump White House and the Trump-leery establishment. They live in a part of the city where wealth and influence serve as a cooling balm for the partisan inflammation that has spread elsewhere. In their neighborhood, everybody — Democrat and Republican — belongs to the garden party.”

♥ The Strange Infinities of e-Commerce (The Atlantic): “What happens when it takes the same effort to make 200,000 posters that each sell once as it does to manufacture one poster that sells 200,000 times? Perhaps actual people have always had an infinity of different desires, but it was never possible to satisfy each and every one. Now, though, under certain circumstances, Walmart.com or Amazon can host hundreds of thousands of products, each designed to ensnare … well … maybe just one customer.”

♥ The Illness Is Bad Enough. The Hospital May Be Even Worse. (The New York Times): “While post-hospital syndrome remains a hypothesis for now, research on several fronts may help establish its validity … a meta-analysis … found that 12 to 16 percent of heart attack patients, most of them older adults, actually develop post-traumatic stress syndrome … Making hospitals less destabilizing, more conducive to healing, seems an achievable goal. Hospitals do it for children.”

♥ Tyson Isn’t Chicken (Bloomberg): “Tom Hayes … who’s served as chief executive officer since December 2016 … began trumpeting a plan to shift his company from a grower and processor of meat to a producer, broadly, of proteins.”

♥ Bribes, Backdoor Deals, and Pay to Play: How Bad Rosé Took Over (Bon Appétit Magazine): “As a sommelier, I know I am spoiled, but when I see big-brand pink swill on otherwise nice restaurant menus, I get furious … They masquerade as luxury goods, with fun bottle shapes and cutesy names, but are simply bulk wines … made from rotten or low-quality grapes, underripe fruit, or red wine by-products … Bulk wine is often treated like a lab formula, with chemicals, dyes, and additives that chase that desired light salmon color. Since an ingredient list isn’t required on wine labels, the average shopper might not realize that their go-to grocery store wine has up to 75 ingredients other than grapes.”

♥ They’re Falsely Accused of Shoplifting, but Retailers Demand Penalties (The New York Times): “Shoplifting is an intractable problem for retailers, costing stores more than $17 billion a year, according to an industry estimate. To get the money back, many companies employ aggressive legal tactics and take advantage of loosely written state laws, pushing for restitution even when people have not been convicted of wrongdoing. Many of the laws were established so retailers could pursue shoplifters without clogging up the courts. Retailers, though, often move on both fronts, pressing criminal charges against suspects, while demanding that they pay up before cases are resolved. In many states, retailers do not have to return the money they collect if the cases are ultimately dismissed or the people are cleared.”

♥ When Is Teamwork Really Necessary? (HBR): “Before embarking on any team-building activities or even setting up team meetings, leaders must ask themselves one question: Am I managing a high-performing group of individuals or a high-performing team?”

♥ What American Inequality Looks Like From Above (Fast Company): “… we’re living in a golden age for independent drone photography, when the technology is accessible to everyone and drone operation licenses in the United States are still relatively affordable. Through his work at Code for Africa and the nonprofit AfricanDrone in Cape Town, Miller advocates for civic drone journalism around the continent–and believes that consumer drones are a powerful tool for independent information gathering, a fact that tends to get overlooked in discussions about the way they’re used today.”

♥ Instagram Is Ruining Sushi in NYC (Eater): “All the focus on Instagram puts master chefs in an awkward position. The restaurants that do it are feeding a need, and the ones that don’t do it are stuck wondering if they should compromise their values to increase business.”

♥ Patients Are Desperate to Resemble Their Doctored Selfies. Plastic Surgeons Alarmed by ‘Snapchat Dysmorphia.’ (The Washington Post): “In 2017, the survey found that 55 percent of surgeons reported seeing patients who requested surgery to look better in selfies — a 13 percent increase from the previous year’s results. Being inundated by these edited images on a regular basis can take a toll on people … looking at a photo of yourself and not seeing the same thing reflected in the mirror or an unedited photo can make people unhappy. In some cases, it can even lead to developing body dysmorphic disorder.” 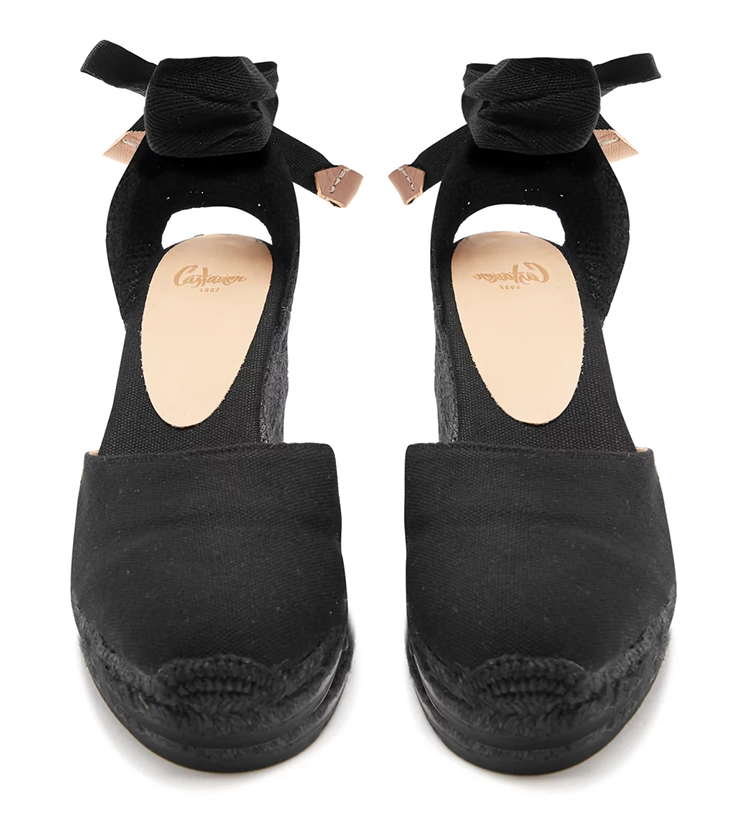 ♥ If you are looking for wedge espadrilles, look no further than the Castañer Carina Canvas Wedge Espadrilles, now on sale in four colors here and in black here.

♥ Elon Musk Is the Id of Tech (The New York Times): “… his desires and needs are never unconscious or hidden; they are all out there in the brightest Technicolor for all to see. In the oddest of ways, he is transparent, so utterly direct that it is unsettling and even painful at times to those around him.”

♥ Mathematicians Solve Age-Old Spaghetti Mystery (Phys.org): “In a paper published this week in the Proceedings of the National Academy of Sciences, researchers report that they have found a way to break spaghetti in two, by both bending and twisting the dry noodles … The team found that if a stick is twisted past a certain critical degree, then slowly bent in half, it will, against all odds, break in two.”

♥ There’s Only One Way to Break into China’s Crowded Retail Market (HBR): “… in China there are two decisions that guide any retailer. The first one is choosing sides: Do you want to align with Alibaba or go with Tencent? … The second decision involves the partnership model. When partnering with China’s leaders, you can choose from three basic strategies: Do you want to use the big partners as a way to test and learn in this vast market or to enhance a core business or to fully integrate?”

♥ Why the Fashion World Needs to Commit to an 18+ Modeling Standard (Vogue): “Fashion has long valorized youth. But the churn of ‘new faces,’ as rookie models are known, has become relentless … Unless and until the underlying dynamics of the fashion-show economy change, the conditions they’ve created will remain in place. Modeling will go on being a commodity business, with one new face easily replaced by the next.”

♥ Do You *Really* Need to Wash Fruit Before You Eat It? (Popular Mechanics): “While washing your produce won’t protect you from every deadly food-borne illness, it has been shown to prevent some nasty things from getting inside your body. And since it doesn’t take much effort to rinse off your veggies, there’s really no good reason you shouldn’t be doing it.”