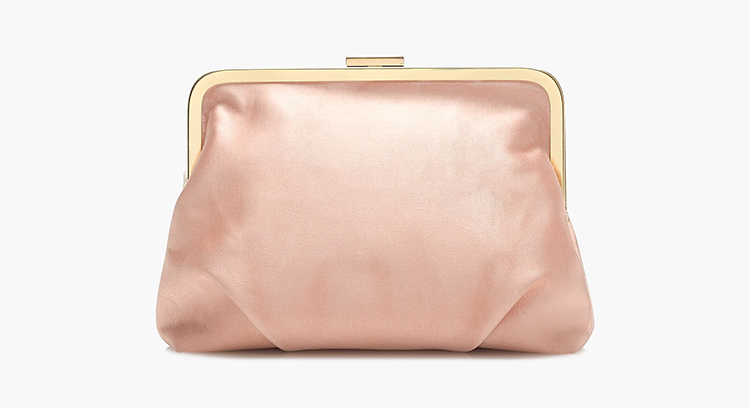 ♥ I’ve been trying to add to my “collection’ of special occasion bags, and ordered the Fame Clutch in two colorways now that they are on sale (+ an extra 50% off with code BIGGESTSALE) at J. Crew.

♥ Beijing’s Big Brother Tech Needs African Faces (Foreign Policy): “The training of AI to work better on black faces is a significant opportunity for CloudWalk and for Chinese AI in general. A recent study by the Massachusetts Institute of Technology’s Media Lab tested the accuracy of three major facial recognition software providers … The study found that when attempting to identify the gender of a person from a picture, the error rate for lighter-skinned men was less than 1 percent, while for darker-skinned women it was up to 35 percent. This is because the accuracy of AI depends on the data it is fed, and, worldwide, facial recognition AI has been trained on predominantly white and male faces, even inside China.“

♥ Welcome to the New Space Age (Bloomberg): “Technology has … shown us that we can become a spacefaring species … The shift to a more accessible, urgent, and potentially profitable era of space exploration means there are decisions to make about ownership, environmental impact, and more … a persistent idealism about space—a belief that it’s a place to which humankind has a common claim … won’t be realized by default. It requires considered decisions: boring committee discussions and multilateral negotiations informed by public interest, public pressure, and public consent.”

♥ Behemoth, Bully, Thief: How the English Language Is Taking Over the Planet (The Guardian): “Elevating English while denigrating all other languages has been a pillar of English and American nationalism for well over a hundred years … from a global perspective, it is not America that is threatened by foreign languages. It is the world that is threatened by English … English is everywhere, and everywhere, English dominates. From inauspicious beginnings on the edge of a minor European archipelago, it has grown to vast size and astonishing influence. Almost 400m people speak it as their first language; a billion more know it as a secondary tongue. It is an official language in at least 59 countries, the unofficial lingua franca of dozens more. No language in history has been used by so many people or spanned a greater portion of the globe.”

♥  Ivanka Trump Closing Her Namesake Fashion Brand (The Wall Street Journal): “The business is privately held and doesn’t disclose sales or other financial information. Online sales of the Ivanka Trump brand sold at Amazon.com, Macy’s Inc., Bloomingdale’s and Zappos.com fell nearly 55% in the 12 months to June, compared with the year-earlier period, according to Rakuten Intelligence, which gathers email receipts from 5.5 million U.S. consumers.“

♥ Do You Really Think the Ivanka Trump Brand is Dead? Dream on. (The New York Times): “The brand equity and value lies with the fame and myth of the personal brand, not the fashion brand … the person is the real product. The question is what shape she will take next.“

♥ Artificial Intelligence Shows Why Atheism Is Unpopular (The Atlantic): “Using a separate model, Future of Religion and Secular Transitions (FOREST), the team found that people tend to secularize when four factors are present: existential security (you have enough money and food), personal freedom (you’re free to choose whether to believe or not), pluralism (you have a welcoming attitude to diversity), and education (you’ve got some training in the sciences and humanities). If even one of these factors is absent, the whole secularization process slows down. This, they believe, is why the U.S. is secularizing at a slower rate than Western and Northern Europe.“

♥ Why Club Monaco is Stealing Tricks from Scrappy Startups (Fast Company): “… a good shopping experience was about more than just a transaction between merchant and buyer. It should be pleasurable and entertaining. To figure out what this looks like in the 21st century, the 33-year-old brand is borrowing from the playbook of today’s startups … digitally native fashion startups … have been thriving, thanks to clever retail strategies that involve both e-commerce and in-person shopping experiences. In addition to opening stores, these brands have played with the concept of pop-ups … [Club Monaco] has continued this strategy of partnering with other brands by launching pop-ups in key stores.”

♥ How E-Commerce Is Transforming Rural China (The New Yorker): “Although China has the most Internet users of any country and the largest e-commerce market in the world—more than twice the size of America’s—there are still hundreds of millions of Chinese whose lives have yet to migrate online … At a time when the Chinese government has instituted monumental infrastructure programs to develop these regions, companies like JD are providing a market-driven counterpart, which is likely to do for China what the Sears, Roebuck catalogue did for America in the early twentieth century.”

♥ How Goop’s Haters Made Gwyneth Paltrow’s Company Worth $250 Million (The New York Times): “With assaults coming from all sides, Goop began to dig its heels into the dirt … Now Goop was a cause, and G.P. was its martyr … Each of these pronouncements set off a series of blog posts and articles and tweets that linked directly to the site, driving up traffic … Goop had learned to do a special kind of dark art: to corral the vitriol of the internet and the ever-present shall we call it cultural ambivalence about G.P. herself and turn them into cash.“ 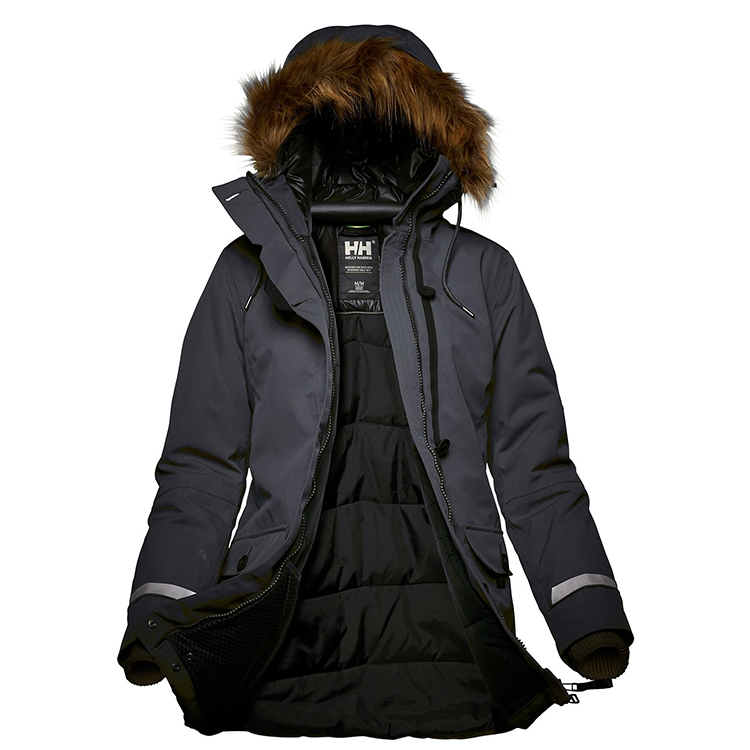 ♥ Helly Hansen’s Svalbard Parka is one of the brand’s bestsellers. In the winter, prices are sticky and rarely drop below 70% of retail. But if you are willing to plan ahead and shop during the outerwear off-season, you can find it for close to 75% off, like now. Amazon has a few size/color combinations on super sale; if you are in the market for a new coat, now’s a good time to order one!

♥ The Real Story of the Fake Story of One of Europe’s Most Charismatic CEOs (HBR): “This is the story of how, in our classroom, we at HEC Paris created false news before anyone understood the phenomenon — and what we’ve learned about the techniques that make false news spread and stick.”

♥ A Deadly Hunt for Hidden Treasure Spawns an Online Mystery (Wired): “… an epic treasure hunt in the Rocky Mountains devised by an enigmatic art mogul named Forrest Fenn … [who] saw his hunt as a way to entice people into the wild … Despite Fenn’s intent to lure people away from their devices, his hunt had all the ingredients—a cryptic puzzle, a tantalizing fortune, an intriguing mastermind—to go viral.“

♥ No Shirt, No Swipe, No Service (Slate): “Stores are eliminating cash registers and coin rolls in pursuit of what they say is a safer, more streamlined payment process—and one that most of their customers want to use anyway … Cash is still used in the majority of purchases under $10 … But its use is falling sharply. In 2011, cash accounted for 4 in 10 purchases … By 2016, it was down to 3 in 10 … Courts have sided again and again with merchants who refuse coins or currency ‘on a reasonable basis,’ a Treasury spokesperson explained, ‘such as when doing so increases efficiency, prevents incompatibility problems with the equipment employed to accept or count the money, or improves security.’ That’s why an ice-cream shop can refuse to take $100 bills or why a transit agency can direct bus drivers only to accept coins for fares.”

♥ ‘Their Jobs Are Disappearing’: How the Demise of the High Street Is Killing Women’s Jobs (The Guardian): “The British Retail Consortium identified in 2016 that nearly half a million people will be vulnerable to job losses from the high street, 70% of whom will be women … Since 2008, 11,000 high street outlets have gone under … 60% of retail workers are women and the roles most vulnerable to job losses – in sales and on the shop floor – are dominated by women. In stores such as House of Fraser and Marks & Spencer, more than 70% of the workforce is female.“

♥ The Messy Business of Selling Meal Kits (The Wall Street Journal): “Dozens of meal-kit options are now on the market, but the pressure is growing … to show results and turn profits … Meal-kit spending by consumers has grown three times as fast as spending in established food sectors such as restaurants and grocery stores since 2015 … Still, meal kits constitute just a fraction of the overall $800 billion food and beverage retail market … But companies that sprang up in garages or test kitchens are getting a close look at just how expensive and complicated it can be to deliver millions of boxes a month to customers’ homes or to supermarkets … Startups have had to devise workarounds for everything from heavy weather to diverting trucks around highway accidents.”

♥ Fixing America’s Forgotten Places (The Atlantic): “In Opportunity Zones, as they are called, investors will receive huge tax breaks for building … Despite being not much more than a remainder in the legislation, economists believe it could end up becoming the biggest place-based economic-development policy the federal government has … Opportunity zones are meant to be Goldilocks-type places: not so distressed that no amount of government incentive would induce private money to them, not distressed but gentrifying and thus already seeing a flood of private money coming in.“

♥ When a Stranger Decides to Destroy Your Life (Gizmodo): “… after $100,000 in attorney’s bills, Glennon was able to unmask the culprit. It turned out to be a complete stranger who had been offended by a comment Glennon had made about a news article on Facebook.”

♥ Inside Google’s Shadow Workforce (Bloomberg): “Contractors are on the rise at Google as the company spreads into new markets … They are employed by several outside agencies … Some contract workers viewed Google as a generous workplace that boosted their careers. Still, despite their ubiquity there, many felt peripheral. Several noted the subtle slights apparent from their arrival. The first thing people eye at work, one former TVC recalled, is the color of someone’s badge. TVCs aren’t trusted with tasks outside their limited purview.“

♥ (Tangent: PDD has one of the most effective brand jingles in memory; I won’t link it here because I can’t listen to it without wanting to sing along to the highly repetitive lyrics.) The Latest Hot E-Commerce Idea in China: The Bargain Bin (The New York Times): “Pinduoduo, a Chinese app … drew close to 350 million customers in the past year … To shop on Pinduoduo, however, is to be reminded that many Chinese consumers still check prices first, and that low-end suppliers remain a big part of the country’s economy. The Pinduoduo app’s main page is a bottomless cascade of groceries, fast fashion, household sundries and electronic bric-a-brac — all carrying wildly improbable price tags.“