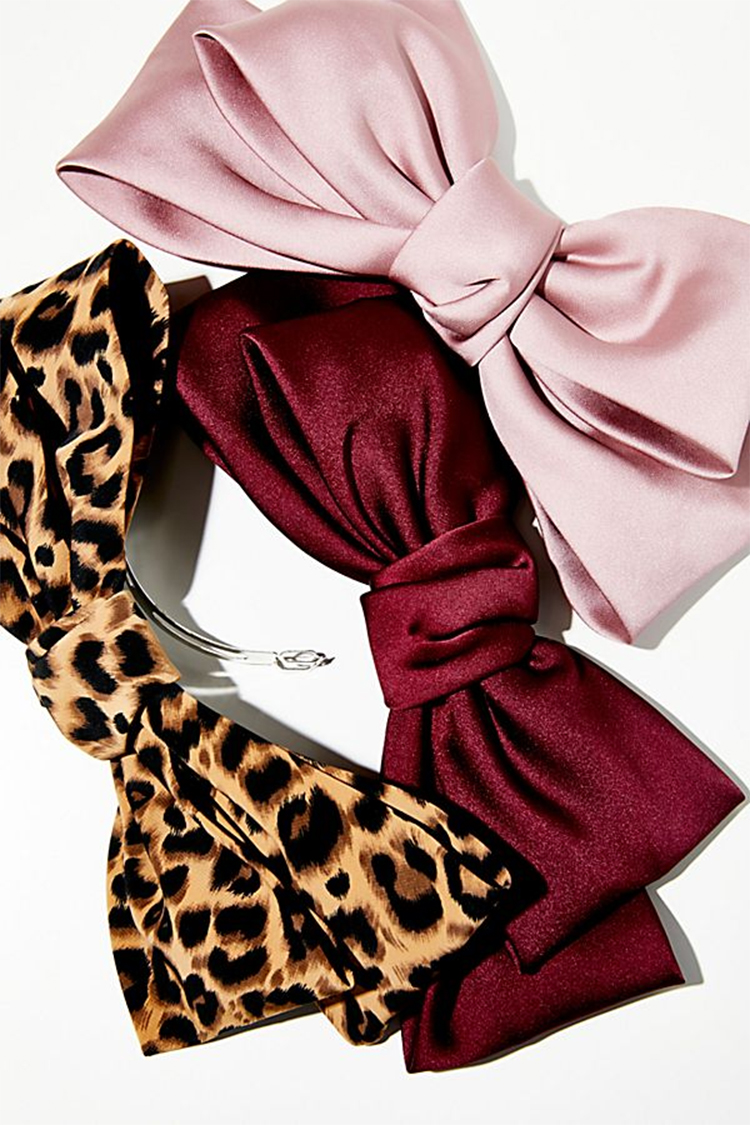 ▪ Until 05/20, take an extra 25% off sale styles at Free People (no code needed; discount applies at checkout). The Silk Bow Barrette which I love and own in a number of colors is now just $7.46 and still in stock in most colors. Other picks: Aerial Legging, Victoria Blazer, Stevie Mini Dress, Tea Time Tee, We The Free Printed Montana Tee, Victoria Pullover, She’s Cute Zip Up, Oh So Cali Cardi, Frills And Thrills Romper, and Madrid Slide Sandal. Please note that select items become final sale when the extra 25% off code is applied.

▪ Thousands of Women Say LuLaRoe’s Legging Empire Is a Scam (Bloomberg): “The Stidhams founded LuLaRoe as an MLM in 2013. It was a logical choice; a disproportionate number of MLMs are started or run by Mormons. The church’s members’ familiarity with pitching something to strangers as well as their preference that women remain at home have helped make direct selling Utah’s second-largest industry, after tourism … Last fall, several former consultants sued the company, alleging LuLaRoe is a pyramid scheme. The suit grew to 22 people seeking $1 billion in damages on behalf of thousands of sellers. But they may never get a chance to argue their case in court … a California judge ordered the case be moved to arbitration on the grounds that consultants’ contracts require legal disputes to be decided that way … LuLaRoe still has roughly 63,000 consultants, whom it now calls retailers, but it owes an untold amount of money to those who’ve quit and sent back their clothes.“

▪ Real People Are Turning Their Accounts Into Bots On Instagram — And Cashing In (Buzzfeed): “Given the incentives created by Instagram, Heckel and his fellow Fuelgram users feel like they have a simple choice: post to Instagram, pray for engagement and risk not getting any; or do whatever you can to amass likes and comments to get your profile, business, or political view in front of the platform’s 800 million users.”

▪ Finding the Lost Generation of Sperm Donors (The Atlantic): “Indeed, there is a widespread curiosity among offspring of sperm donors about where exactly they come from … In the absence of a comprehensive legal framework, many sperm banks impose their own rules and regulations … The difficulty of preserving anonymity is a reality that sperm banks have had to confront.”

▪ How America Broke Its Economy (The New Republic): “Capitalism, as it’s practiced in the United States, has broken economics. Employers have been allowed, through laissez-faire policies, to build up enough power that they’ve become impervious to how economic models dictate they should react.”

▪ The Burnout Crisis in American Medicine (The Atlantic): “Doctors become doctors because they want to take care of patients. Their decade-long training focuses almost entirely on the substance of medicine—on diagnosing and treating illness. In practice, though, many of their challenges relate to the operations of medicine—managing a growing number of patients, coordinating care across multiple providers, documenting it all.”

▪ The Catch-22 of Mass-Prescribing Antibiotics (Wired): “Is the survival of a small child in one part of the world worth a death from a drug-resistant infection in another? … The possibility of having to judge the immediate survival of children versus the future survival of victims of resistance highlights that, across societies, antibiotics don’t have equal value … Choosing to administer antibiotics and risk the rise of resistance might seem to be taking the wrong side … But it’s difficult to argue that the correct choice feels right.”

▪ H&M Launches Modest Fashion Line LTD (Teen Vogue): “The line will be exclusive to the brand’s e-commerce site … There is silk, brocade, embroidery, and more, with silhouettes that travel from the midcalf to ankle, including long-sleeved blouses, dresses, and the like.”

▪ Why So Many Asian-American Women Are Bleaching Their Hair Blond (The New York Times): “This demand can be attributed in part to the 2014 invention of Olaplex, an active ingredient added to bleach to repair breakage from chemical damage, making the process of lifting 10 levels of pigment a more achievable feat.”

▪ “It Was Cataclysmic”: Can Snapchat Survive Its Redesign? (Vanity Fair): “Spiegel’s ill-received redesign, however, has caused publishers, many of them already beleaguered by vexing headwinds, to worry. The harshest critics of the redesign were Snapchat’s most loyal users, who complained that the new interface was disorganized, and that it had become more difficult to share posts with friends and to track incoming messages.”

▪ Inside the Brotherhood of the Ad Blockers (Bloomberg): “By acting as a traffic cop at the network level, rather than in a browser, Pi-hole can cut off the nested bidding and tracking processes from the start. It takes on the role of your network’s Domain Name Server (DNS), meaning it translates IP addresses into URLs and vice versa.”

▪ Taking Children from Their Parents Is a Form of State Terror (The New Yorker): “Ella Paneyakh, a Russian sociologist who studies law-enforcement practices, observed in a Facebook post that the police had clearly been directed to target children. A possible explanation, she suggested, is that social services, which will process the minors, is even less accountable than the regular courts are. While Russian activists have learned to make the work of the courts difficult, filing appeals and regularly going all the way to the European Court of Human Rights, there is no role for defense attorneys and no apparent appeals process in the social-services system. The threat is clear: children who have been detained at protests may be removed from their families.”

▪ The Curse of an Open Floor Plan (The Atlantic): “In practice, open-plan design has always been a stage to a quiet struggle between freedom and servitude … Openness and continuity might have been modernist aspirations for the spirit as much as the body, but just as the open-plan office created the oppression of constant oversight in the name of collaboration, so the open-plan home merged the duties of hostess, butler, cook, and childcare provider. And despite its promise of relaxation and conversation, open-plan living has actually combined leisure with labor.”

▪ Meet the People Who Can’t Get Enough Hotel Points (You’ll Learn Something) (The New York Times): “Do not redeem unless you are getting at least 1 cent in value per point. For Platinum Elite members, remember that Fairfield Inns offer a mere 200-point arrival gift, not the 400 points you get at a Courtyard. Steer clear of Residence Inns for paid stays because they offer fewer points per dollar.”