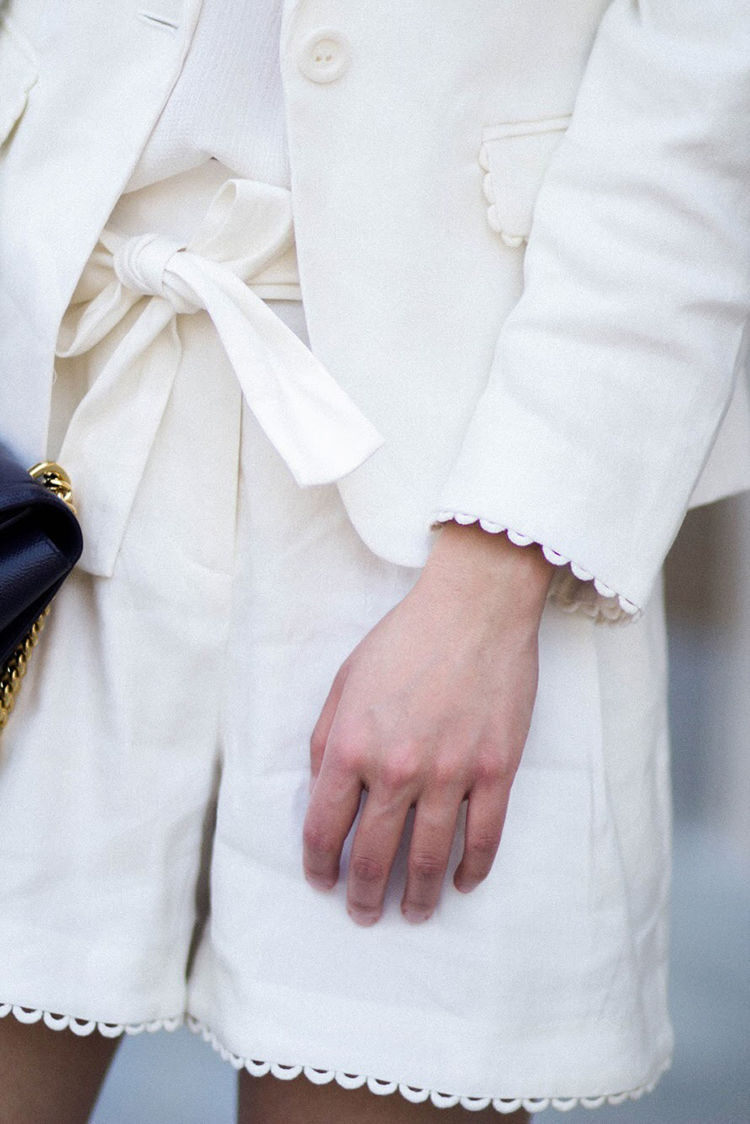 ▪ Fashion’s Woman Problem (The New York Times): “Eighty-five percent of the graduating class of fashion majors is female, just as it is at the other major New York fashion schools: the Fashion Institute of Technology, where 86 percent of the graduating class is female, and Pratt, where 54 of the 58 graduating fashion majors are women … their male colleagues, few and far between though they are in the beginning, will take over. Because fashion, an industry dominated by women’s wear and buoyed by female dollars, with an image sold by women to women, is still largely run by men.”

▪ Why Do Americans Stay When Their Town Has No Future? (Bloomberg): “The country has a long tradition of place-based investment, most notably the New Deal … Yet there’s strikingly little support these days for similar efforts, anywhere on the political spectrum … It’s hard to argue that, say, a town that sprang up for a decade around a silver mine in Nevada in the 1870s needed to be sustained forever once the silver was gone. Where does one draw the line, though? … ‘The American dream is kind of to stay close to your family, do well, and let your kids grow up around your parents,’ he says. It was a striking comment: Not that long ago, the American dream more often meant something quite different, about achieving mobility—about moving up, even if that meant moving out.”

▪ Faster Fashion: How to Shorten the Apparel Calendar (McKinsey & Company): “Is [see now, buy now] a feasible model for the long term? Our answer is yes—so long as fashion companies are willing to embark on a dramatic transformation of their processes and mind-sets. Shortening the fashion cycle isn’t a quick-fix undertaking.”

▪ Instagram Finally Adds A Mute Button, Saving Countless Friendships (Buzzfeed): “When you mute someone in the feed, you’ll still see DMs from them, and you’ll still be able to look at their photos if you go to their profile page. You’ll also still get notifications if they tag you in a photo or in the comments. This is perfect if you are tired of seeing a friend’s photos, but still want to interact with them if they reach out or tag you.”

▪ How the Media Helped Legitimize Extremism (Wired): “… many people thought that holding up a light to the hatred of white supremacist groups would force them to go away. But that didn’t happen … Instead, the very act of exposure, combined with stories that unwittingly framed extremism as a victimless novelty, legitimized and empowered an otherwise fringe perspective.”

▪ “‘It’s Worse Than Murder’: How Rural America Became a Hospital Desert” (The Guardian): “Since 2010, 53 rural hospitals have closed in 11 southern states, compared with 30 in the other 39 states. About half of those southern closures occurred in counties where non-whites make up a larger percentage of the population than they do the rest of the country. All but two happened in counties with poverty rates above the national average. … Around the country, rural systems are trying to customize care for specific communities. One area may need just an emergency room, for instance, but another may need more outpatient services.”

▪ Use code MEMDAY at the Gap to take 40% off everything, and code BEST for an extra 10% off. Offer ends Monday night.

▪ Why You Should Stop Being So Hard on Yourself (The New York Times): “We’re evolutionarily predisposed to nitpick at our failings, yet doing so has the opposite of the intended effect. The solution? It’s called self-compassion: the practice of being kind and understanding to ourselves when confronted with a personal flaw or failure.”

▪ Leave Ryker and Questin and Anbre Alone (Slate): “Due to the LDS church’s teachings, which enthusiastically urge procreation and center the nuclear family above all else, there are a LOT of kids in Utah—women in Utah give birth to an average of 2.3 kids in their lifetimes … if you’re a Mormon kid in Utah, it can be hard to stand out from the pack. A differently spelled name or a new name altogether might be a reasonable way to firm up a sense of individuality from the first day. Why bring yet another Erin into the world when you can introduce an Aeryn, or better yet, an Aroarin?”

▪ Banks Adopt Military-Style Tactics to Fight Cybercrime (The New York Times): “Cybersecurity has, for many financial company chiefs, become their biggest fear, eclipsing issues like regulation and the economy … Like many cybersecurity bunkers, IBM’s foxhole has deliberately theatrical touches. Whiteboards and giant monitors fill nearly every wall, with graphics that can be manipulated by touch. ‘You can’t have a fusion center unless you have really cool TVs,’ quipped Lawrence Zelvin, a former Homeland Security official who is now Citigroup’s global cybersecurity head … ‘It’s even better if they do something when you touch them. It doesn’t matter what they do. Just something.’ Security pros mockingly refer to such eye candy as ‘pew pew’ maps … They are especially useful, executives concede, to put on display when V.I.P.s or board members stop by for a tour.”

▪ Getting Rich on Government-Backed Mortgages (Bloomberg): “… nonbanks, more loosely regulated than the JPMorgan Chases of the world, are bigger players today than during the last mortgage bubble … They’re making almost half of new loans, compared with 19 percent in 2007 … For first-time purchasers, many nonbank lenders rely on the government’s affordable financing, backed by the Department of Veterans Affairs, the Department of Agriculture, and … the Federal Housing Administration … Nonbank mortgages make up about 80 percent of the loans for borrowers insured by the U.S. government … As before, lenders use lines of credit to fund the loans, which are packaged into securities … In the subprime debacle, private investors risked losses if borrowers defaulted. Now, as long as lenders follow the rules for writing loans, the government guarantees FHA mortgages.”

▪ Karl Lagerfeld, Fashion’s Shock Jock (The New York Times): “Every time Mr. Lagerfeld makes an incendiary statement, there’s a flurry of upset online, but it is contained, focused on him and not the brands that employ and enable him. There is no call for a boycott of Chanel, Fendi or even his namesake label … We seem to be living in a weird dual reality. Just as we have become more sensitized to the experience of different social groups, we are also more inured to the growth of uncivil discourse, wherever it may originate, on Fox or in fashion.”

▪ Is Dreaming Real? (Slate): “While skepticism creates lucidity, faith is required to sustain it. Among oneironauts, the concept takes on an almost religious tone … If you believe you can fly, you can fly. If you begin to doubt it, though, down you go. Here, in the dream, the mind’s role in creating reality is absolute.”

▪ How Everything on the Internet Became Clickbait (The Outline): “… the things that suck about modern media are by no means new. It’s just that the internet has put all of them in one place. What has changed is people’s attitudes towards the news media: in 1973, the General Social Survey found that 14% of Americans had “hardly any” confidence in the press; by 2016, that number was 50%.”

▪ Amazon’s Alexa Snafu Should Be a Turning Point for Tech (Bloomberg): “Part of the problem is that a handful of absurdly wealthy and powerful technology companies are making rapid-fire decisions that have huge ramifications for the rest of our lives without really taking any outside input.”

Enjoy your week, everyone!