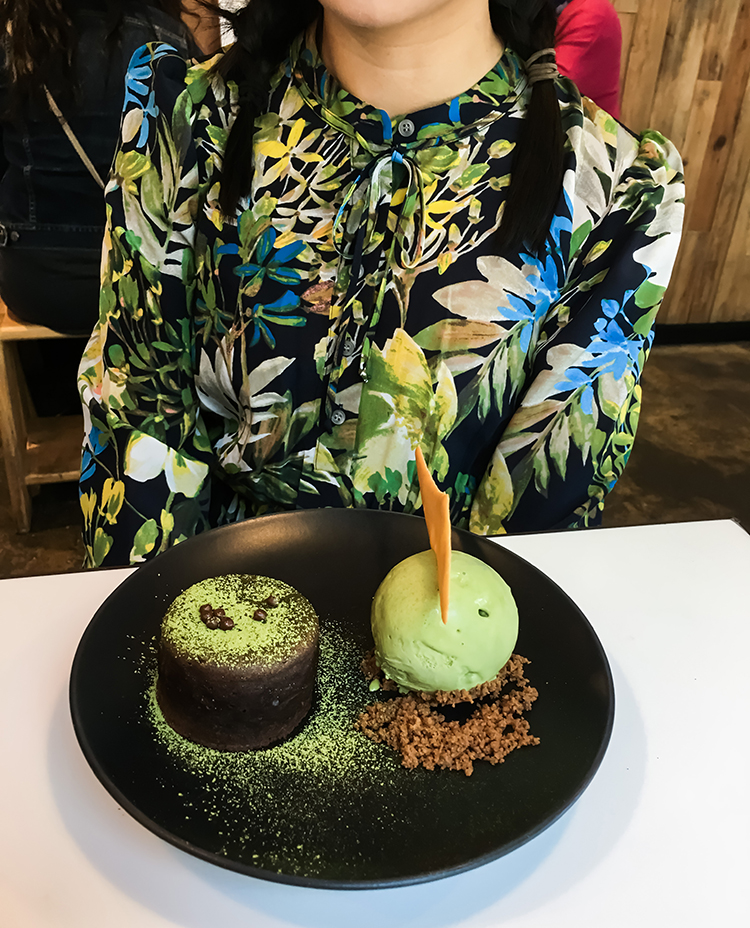 ▪ The Watercolor Floral Silk Dress (there will be a better look at it, I promise) seen above is now 50% off at Nordstrom, and on even steeper sale at J. Crew (sizes are now very limited, but check for popbacks). I agree with other reviewers that this is a comfortable (elastic waist!) and easy piece to wear. My only gripes are the slightly dull color palette and the high-waisted cut which does not flatter those without a well-defined waistline (like me). The fit is true to size, but forgiving because of the elastic waist, so you could also size down if you have a short torso.

▪ The Mad Dash to Buy Vintage Clothes on Instagram (Bloomberg): “A vintage shop on Instagram has almost no startup costs. Some generate as much as $5,000 in sales or more per week, with customers from around the world mostly aged 18 to 35. Sellers say those with significant followings can accrue up to six-digit annual sales.”

▪ Cars Are Ruining Our Cities (The New York Times): “… building more roads does not really cure congestion and can even make it worse. The problem, as experts realized starting in the 1930s, is that as soon as you build a highway or add lanes to a freeway, cars show up to fill the available capacity … people who drive into a crowded city are imposing costs on others. They include not just reduced mobility for everyone and degraded public space, but serious health costs.”

▪ How Bitcoin Went Luxury (Vogue): “… the fine art dealer turned crypto broker operates … a platform that enables owners of cryptocurrencies to invest in the rarefied worlds of fine art, rare cars, precious stones and property, effectively turning their digital fortunes into hard assets … By forging relationships with a number of luxury dealerships, she is able to facilitate sales by converting cryptocurrencies into real world … money.”

▪ I am a big fan of Oliver Roeder’s FiveThirtyEight column “The Riddler.” After finding some success solving a few weekly “Riddler Express,” I have now started to ponder the “Riddler Classic” as well.  The column is due to be released in book form in October, and I can’t wait to gift a few friends copies for the holidays.

▪ What Do We Do With These Men? (The New York Times): “… as a journalist who has covered sexual violence for most of my career, I’ve seen what happens when we pretend that these guys can simply disappear once they’ve been pushed out. In my experience, they resurface elsewhere, often to prey on others … we need to talk. About what we do with the bad men.”

▪ Despite So Much Winning, The Right Feels Like It’s Losing (NPR): “At the core of the problem for many American conservatives is a feeling that the culture war has been irrevocably lost to their ideological opponents.”

▪ I ordered the “Painted Regatta Midi Skirt” from J. Crew last week and can barely contain my excitement. It’s one of those pieces that harks back to the retailer’s early-aughts aesthetic, and is seasonally appropriate without being trendy.

▪ How Do You Control 1.4 Billion People? (The New Republic): “A secretive scheme that proposes to (literally) codify credibility within a society that inherently lacks any is more likely to undermine public trust that instill it.”

▪ The Wired Guide to Crispr (Wired): “Tricked out new Crispr systems could temporarily toggle genes on and off or surveil the genome to fix mutations as they happen in real time, no snipping required. The first would let scientists treat human diseases where there’s too much or too little of a certain substance … The second could one day prevent diseases like cancer from occurring altogether.”

▪ American Cities Are Fighting Big Business Over Wireless Internet, and They’re Losing (Bloomberg): “… a committee created by the Federal Communications Commission will meet to frame the future of 5G … The group, with representatives of the business world outnumbering government officials four-to-one, may push for a vote on guidelines that have been under debate for more than a year … Cities and corporate representatives couldn’t agree on prices for installing 5G beacons on government property such as streetlights … Companies and the FCC have expressed desire for ‘shot clocks,’ a basketball metaphor that would automatically give carriers permission to install beacons if negotiations with cities aren’t resolved in a timely manner.”

▪ Bezos’s Empire: How Amazon Became the World’s Most Valuable Retailer (The Guardian)

▪ Hiroshima, Kyoto, and the Bombs of Climate Change (The New Yorker): “Inertia is such a strong force that, without a decisive push from a motivated human population, we won’t make the change in time to defuse the climate bomb.”

▪ In Fashion’s Hype-Driven Era, Hermès Is Doing Its Own Thing (Dazed & Confused Magazine): “Hermès feels a lot like the antithesis to the fashion industry of today … Despite the frenzied enthusiasm that exists around many of its products, the house remains about as removed from the cycle of hype as you can get.”

▪ 12 Retailers At Risk of Bankruptcy in 2018 (Retail Dive): “… there is still billions of dollars in debt out there coming due in the near future, much of it left over from a rash of leveraged buyouts of retailers by private equity firms in the past decade. The debt puts balance sheets under stress and the interest payments leave less money to invest in the business — a sure recipe for a death spiral.”

▪ Batteries Have a Dirty Secret (Vox): “In and of itself, energy storage is neither clean nor dirty — it is neutral, as likely to boost the revenue of fossil fuel plants as it is to help clean energy. If policymakers want to use it as a tool to enable clean energy, they need to be conscious of its characteristics and smarter about its deployment.”