▪ “Cheapskate Wardrobe Secrets from Ballerinas” (The Wall Street Journal): “Most outfits require strong base layers, and when it comes to finding the best ones, shopping experts get creative … Enter the humble dance shop, where clever women since the Madonna era have joined actual ballerinas in scoring leotards, leggings and wrap tops for everyday use. Pieces from authentic brands like Capezio and Bloch usually cost less than $50. Highly functional, these stretch-imbued basics were made to grand jeté but can easily handle le subway.”

▪ “H&M, a Fashion Giant, Has a Problem: $4.3 Billion in Unsold Clothes” (The New York Times): “H&M outlined the buildup in its latest quarterly report on Tuesday, prompting questions of whether the company is able to adapt to the fierce competition and changing consumer demands reshaping the global apparel market. Signs of its expanding unsold inventory began emerging last year, when it reported an unexpected quarterly drop in sales. The decline was the first in two decades … Foot traffic in the past year fell as customers eschewed crowded shop floors in favor of online shopping, or lower-cost offerings elsewhere … On Tuesday, the company said the pile of unsold stock had grown 7 percent in the past year and was now worth nearly 35 billion Swedish kronor.”

▪ “What Are Screens Doing to Our Eyes—And Our Ability to See” (Wired): “If computer vision syndrome has been invented as a catch-all to express a whole range of fears, those fears may not be confined to what blue light or too much close-range texting are doing to the eyesight. Maybe the syndrome is a broader blindness—eyes that don’t know how to see and minds that increasingly don’t know how to recognize nondigital artifacts, especially nature.”

▪ “The Rise, and Demise, of ‘Basic Bitch’ Fashion” (Fashionista): “To be ‘basic’ now is to be whatever you want … In fact, the ‘basic bitch’ never existed. She was a myth dreamed up by us to explain our resentment for and animosity toward mass popularity. She was our insecurities, drummed up into a physical form we used to crucify certain trends we didn’t like.”

▪ “How Shyp Sunk: The Rise And Fall Of An On-Demand Startup” (Fast Company): “Shyp has often been described as ‘the Uber of shipping,’ but creating the Uber-of-something is no longer a way to get venture capitalists to write checks. That doesn’t mean that sanity prevails in Silicon Valley, just that its irrational exuberance has moved on to other domains.”

▪ “How a Young Woman Lost Her Identity” (The New Yorker): “…  dissociative fugue, a rare condition in which people lose access to their autobiographical memory and personal identity, occasionally adopting a new one, and may abruptly embark on a long journey. The state is typically triggered by trauma—often sexual or physical abuse, a combat experience, or exposure to a natural disaster—or by an unbearable internal conflict. ”

▪ Sale styles have been further discounted at H&M, and are now up to 80% off. Shipping is free on orders over $40 with code 0040. My picks: Crêped Dress, Shaping Skinny Regular Jeans, Draped Bodysuit, Jumpsuit, Short Lace Dress, Cashmere Scarf, Ankle Boots, Knit Dress, and Satin Top.

▪ “Globalization’s Backlash Is Here, at Just the Wrong Time” (The New York Times): “In short, the anti-globalization drive that is spreading across the Western world may be coming at exactly the wrong time — too late to do much to save the working-class jobs that were lost, but early enough to risk damaging the ability of rich nations to sell advanced goods and services to the rapidly expanding global middle class.”

▪ “Nothing You Say Online Is Private” (Bloomberg): “The best way for individuals to safeguard their information is to limit what they share in the first place.”

▪ “MoviePass’s All-You-Can-See Deal: The Pros and Cons” (The Wall Street Journal): “MoviePass CEO Mitch Lowe recently described it to me as ‘bad movie insurance,’ even while admitting that might not be the best marketing speak.”

▪ Join the A&F Club (membership is free; as a new member, you will also be sent a $20 off a $50 purchaes code) and take 50% off everything at Abecrombie & Fitch, no code needed. My picks: Shirt Jacket, Tie Waist High-Rise Shorts, Utility Jumpsuit, Low-Rise Ankle Jeans, Classic Raincoat, Low-Rise Chino Pants, and High-Rise Super Skinny Jeans.

▪ “Here’s What Really Happens to Your Used Clothes” (Racked): “… of the 4.7 billion pounds of clothing that Americans donate every year, only 10 percent of it is fit for resale at US thrift stores … the rest is sold to commercial used clothing dealers and textile recyclers at bulk prices, who in turn export it — 1.6 billion pounds annually with a value of more than $550 million — for resale or recycling around the world, making the United States the world’s largest exporter of used clothing.”

▪ A subreddit that I recently subscribed to and now can’t get enough of is r/Awwducational; it’s a must for anyone who enjoys obscure or fun animal facts. For instance, I recently learned that “hippos can’t really swim. Their big bones are too dense and heavy, so they just push off the ground, walking or bouncing off the bottom.”

▪ “Is Saudi Arabia Ready for Runway Fashion Shows?” (The New York Times): “… last Friday, just three days before an opening-night gala was to celebrate Saudi Arabia’s first fashion week, the event was abruptly postponed … the fashion shows in Riyadh will come at a time when Saudi Arabia’s religiously conservative rules constraining the attire of women outside their homes are showing signs of relaxing. In an interview with ’60 Minutes’ on CBS this month, the crown prince said that women should be able to choose what they wear.”

▪ “What It’s Like to Die Online” (Marie Claire): “In a way, YouTube has allowed people like Castellano to cheat death. At any time, her family and followers can go back and watch her hundreds of videos as if she were still here.”

▪ “Self-Storage: How Warehouses For Personal Junk Became a $38 Billion Industry” (Curbed): “One in 11 Americans pays an average of $91.14 per month to use self-storage … the United States boasts more than 50,000 facilities and roughly 2.311 billion square feet of rentable space. In other words, the volume of self-storage units in the country could fill the Hoover Dam with old clothing, skis, and keepsakes more than 26 times.” 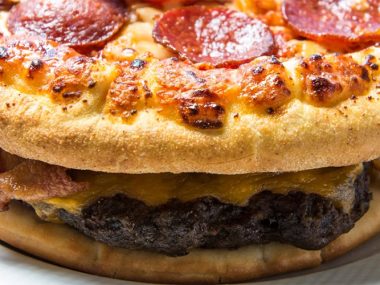