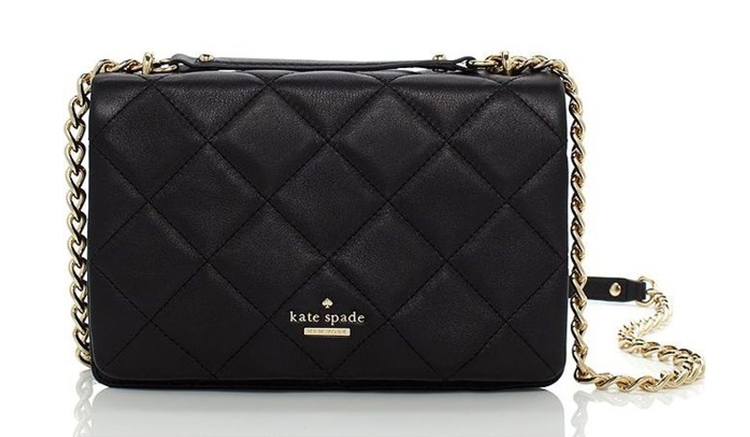 1. One of my favorite “all-occasions” bags, the Kate Spade Emerson Place Vivenna Quilted Leather Shoulder Bag (read five-star reviews here; see the mini on me here), is on sale at Gilt in black, which is arguably the most versatile color in the style. The quantity is limited so those interested should act quickly.


2. Arch Enemies via the Atlantic (“Thesis’s comfortable heel represents a small feat, so to speak, it also represents a very large one: a counterargument to a longstanding assumption … that womanhood is defined, in part, by the ability to bear pain.”)


3. How America Lost Its Mojo via The Atlantic (I am skeptical of the conclusion drawn—that high housing costs in metros and the clustering of wealth are to blame, but it is an interesting proposition to ponder.)


4. A number of J. Crew styles in my closet are now an extra 50% off with code SHOPEXTRA. My picks: Long-sleeve Multicolored Tweed Dress (runs small) and Trench Cape (see on me here). Also loving this Sheath Dress in Textured Tweed and Long-sleeve Striped T-shirt (extra 30% off).


5. Inside the Murdoch Makeover of National Geographic via Bloomberg


8. Nordstrom’s designer sale just got better; second markdowns were taken on Friday (discounts went from 40% off to 50% or 50% off to 60%). My picks: Miu Miu Sandal, Prada 56mm Keyhole Sunglasses, and Manolo Blahnik Chaos Cuff Sandals.


8.5. And, in case you missed this week’s shopping update, these studded flats (available in a rainbow of colors) and pumps (also here) are now 50-55% off.


10. The Foul Reign of the Biological Clock via the Guardian


11. The Ultimate Wedding Playlist via FiveThirtyEight


12. The Future of Shopping: Trapping You in a Club You Didn’t Know You Joined: “The universe of people who want a pair of shoes mailed to them over and over again is small” via Bloomberg

13. Life After Bernie via the New York Times


14. At the Border, You Either Want ‘The Wall’ or Know Why It’ll Never Happen via Esquire (This piece opened with a bang: “Trump is right.We must build the Wall.”)


15. Across the Broken Bridge via New Republic


16. Venezuela Is Falling Apart: “When a state is in the process of collapse, dimensions of decay feed back on each other in an intractable cycle” via the Atlantic


17. What is the Internet’s Favorite Book? via Priceonomics


18. How Mark Zuckerberg Led Facebook’s War to Crush Google Plus via Vanity Fair


19. The End of the Office Dress Code via the New York Times


20. Thanks, everyone who emailed me recommendations after my post about the SM Stecy Sandals. I ended up ordering the Steve Madden Carrson Sandals in “Sand Suede” (also here here, and here) and they are (like 30%) more comfortable than the Stecy. I also found that they ran a little small (~1/2 size). Will share a proper review soon.

Enjoy the rest of your weekend!