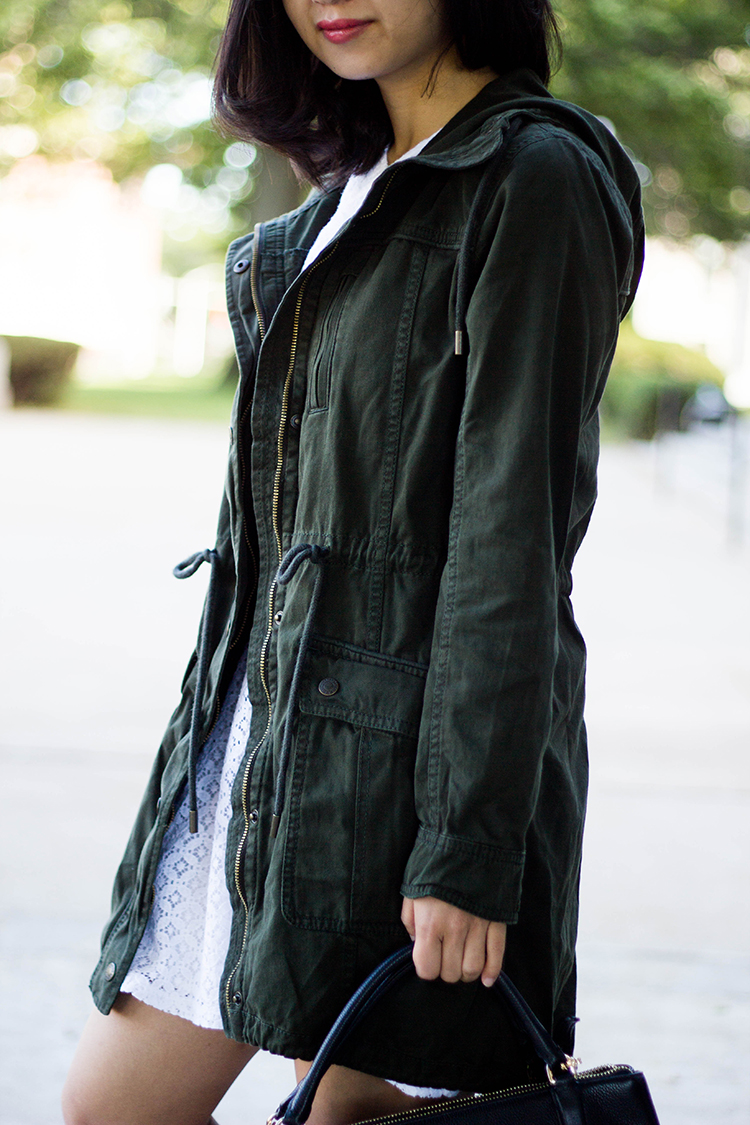 I am kind of a believer in second (and even third) chances.

When Mike Jeffries stepped down from his role as spiritual leader, reinventor, and chief visionary of Abercrombie & Fitch in December of 2014, I may have pumped my fist and cried “FINALLY!” For years, I had lamented that, at its core, Abercrombie was a good clothing company (insofar as it produced decent clothes) but it had simply grown tired. As its target audience grew up (in a world in which conformity is “uncool”), it aged, like its former CEO, but continued to dress the same.

Unlike more conscientious people, I never boycotted the brand, even when it was vilified in the press and the courts for being elitist, discriminatory, and superficial. I just gradually stopped shopping there as I aged out of the moose logo and too-short skirt age group. The separation was amicable, I suppose, but unsatisfying.

What I’ve always found redeeming about A&F is that the quality was, at a minimum, commensurate with the price level (though, like Jeffries said, few 16-year-olds care about lining in their dresses). It was expensive for a juniors brand that catered to a college-aged and younger crowd but most styles were manufactured to similar standards as something that I might find at J. Crew. Its supply chain seemed like a well-oiled machine but the under-25 crowd has always cared more about trends and image than durability and detail (the rapid growth of Forever 21, H&M, and Zara could serve as proof).

Abercrombie’s branding is arguably so effective that people who might otherwise shop there are self-selecting out of the “lifestyle” it peddled. It’s been years since its amalgam of “beachy” and “New England Prep” lifestyle has been desirable to the younger set (in past government filings A&F had described itself as “casual luxury”) and yet Jeffries held steadfastly to this ever shrinking niche until the day he quit. The moose logo had long since become a negative value added.

While I fully embrace the subtly updated A&F, the brand is still in no shopper’s land and sales will continue to flounder until it can find a voice that will resonate with younger shoppers again. And as a bystander, (insert popcorn emoji here). 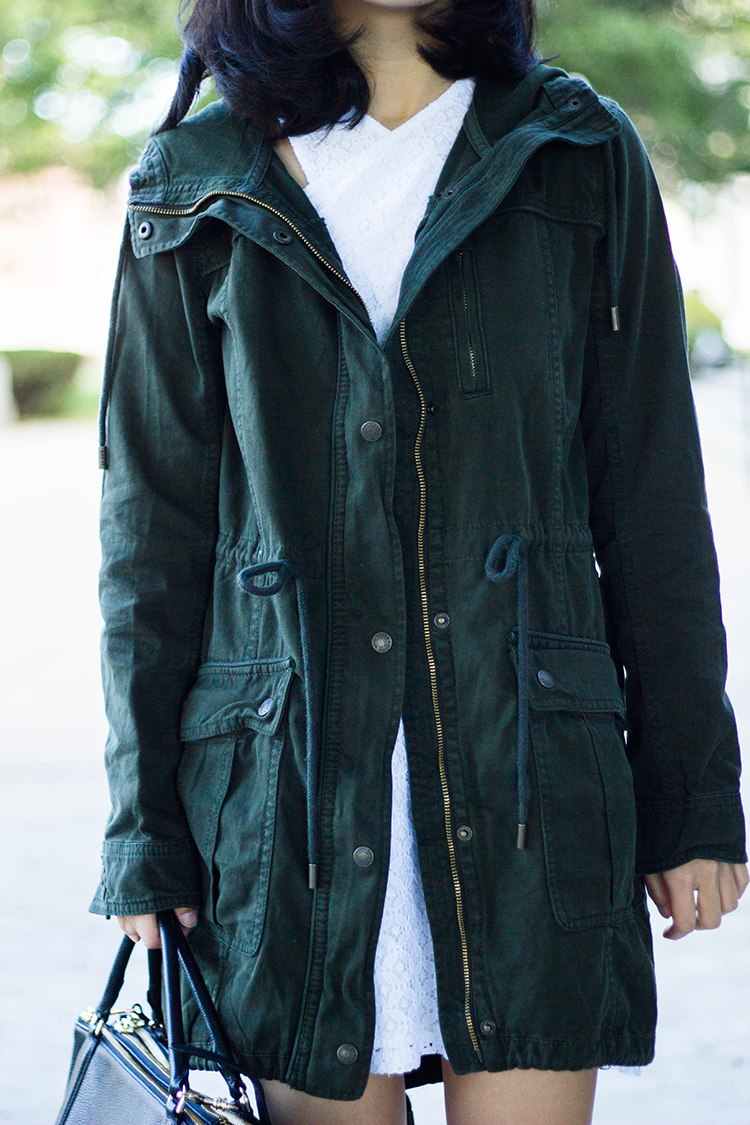 But I am apparently a pretty easy target (though like ten years too old to fit the demographic profile). I was at a mall recently making an online return and zipped right past an Abercrombie & Fitch where I caught a glimpse of this twill parka in the display window. I lingered in front of the store for what must have been thirty seconds–struggling with a decision that could leave me smelling like Abercrombie’s distinctive but pungent scent for the rest of the day–before I mustered the courage to enter.

And the new designs aren’t bad, actually. Sure, there were still sweatshirts with obnoxiously large A&F logos emblazoned on them, but there were also turtleneck ponchos and sweater dresses, all devoid of moose logos and other branding.

I ended up ordering a number of styles online to try…and I like several enough to keep. After all, I am a sucker for a good comeback story. 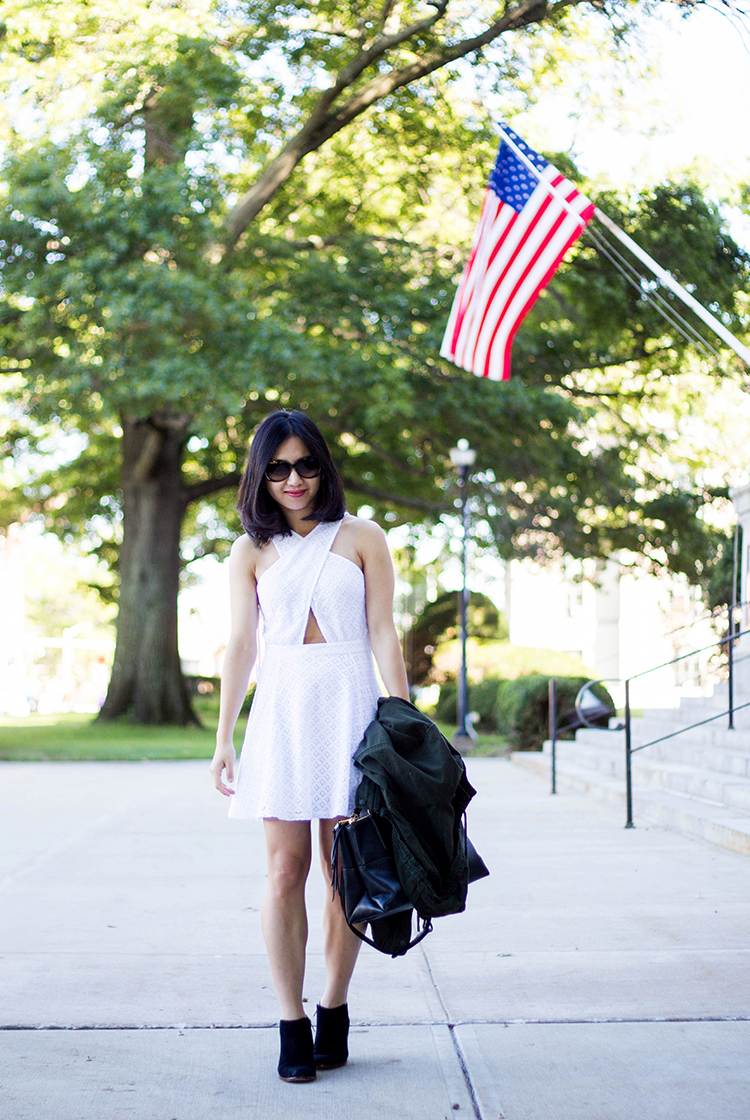 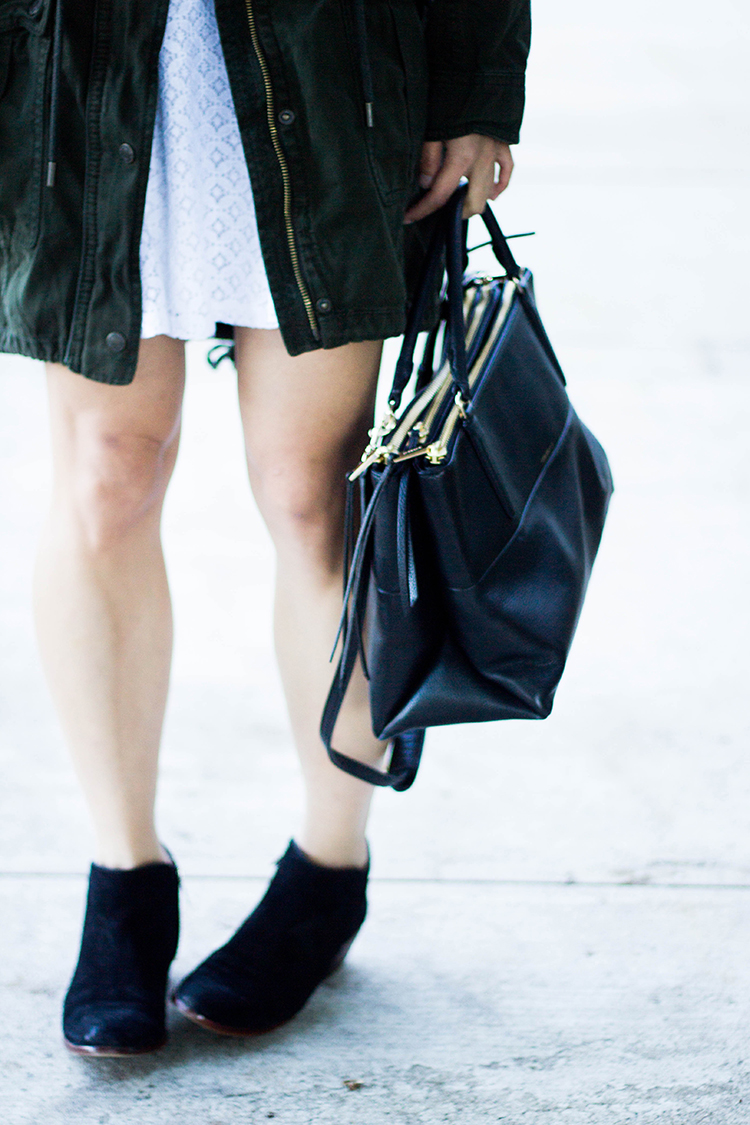 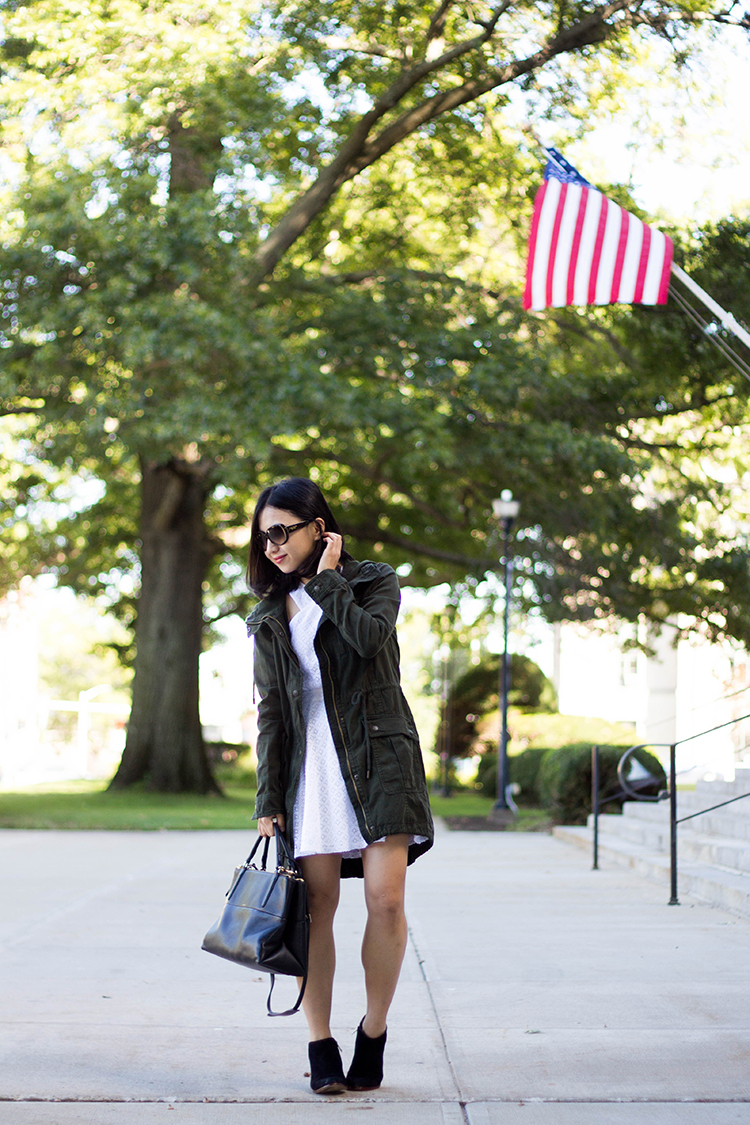 Uh, so what I am really trying to say is that you’ll be seeing a few A&F styles here and there on this blog.