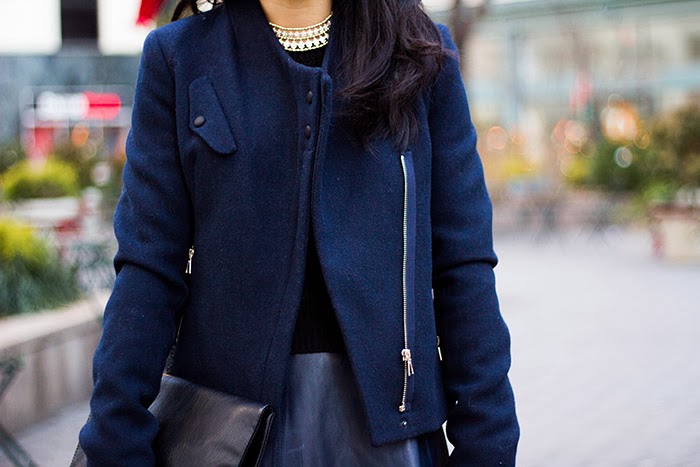 I had given this black and blue bruised look a whirl some time ago but still find it a challenge to conquer. It’s certainly one of those past fashion faux pas that has been rehabilitated to the point of widespread acceptance. 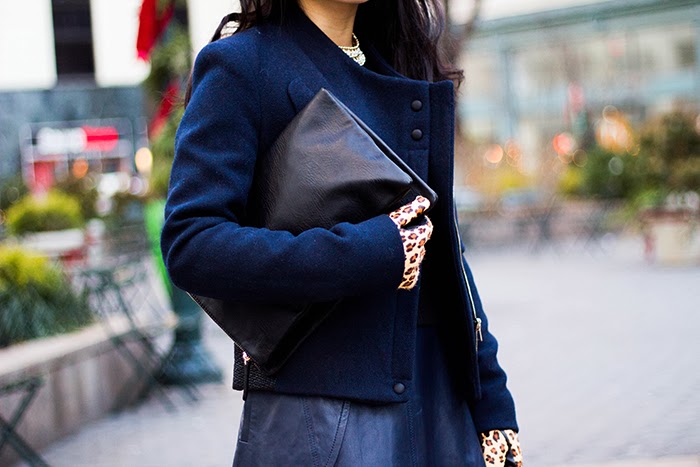 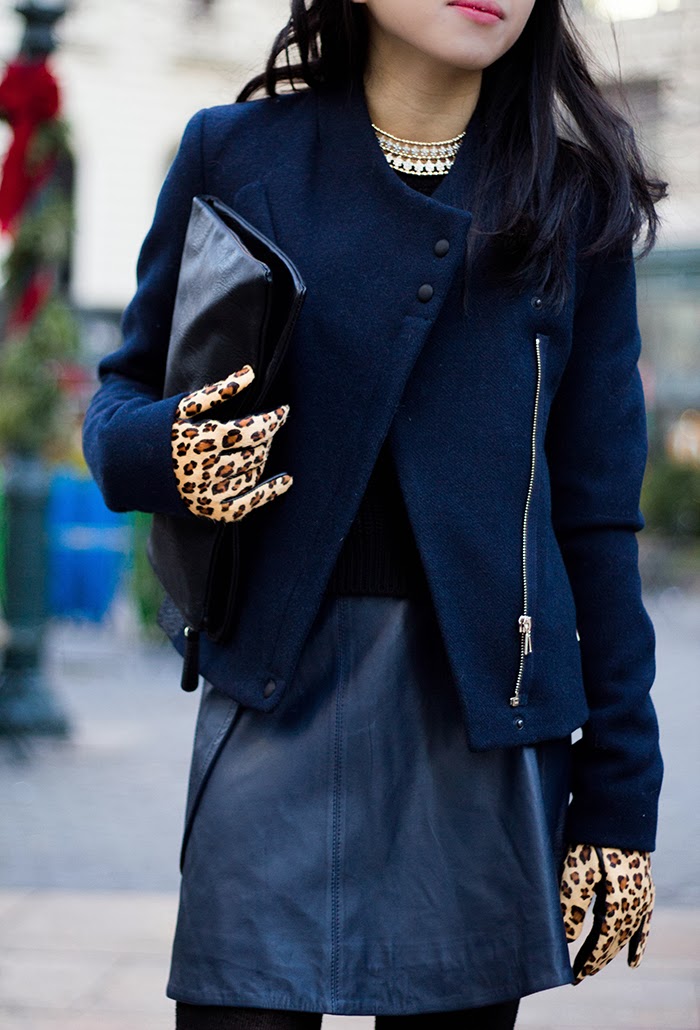 The contrast, in my opinion, makes or breaks a black and blue ensemble. My choices–leopard gloves and shiny neckwear–can certainly be improved upon. When I attempt this again, I’d probably avoid highlighting with sparkles and ostentatious prints. 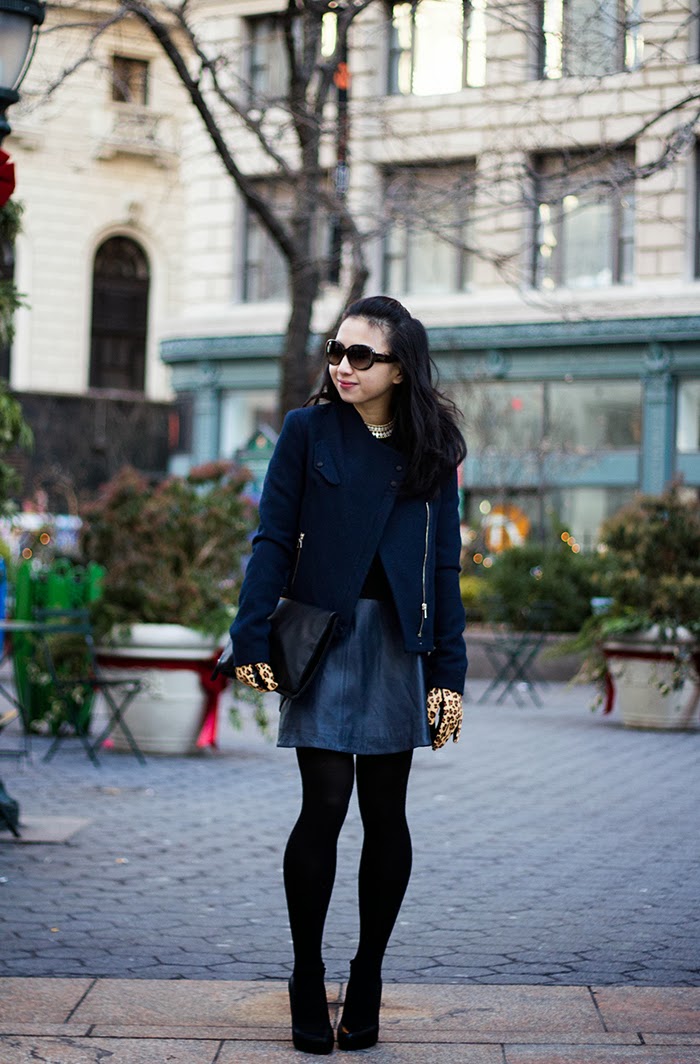 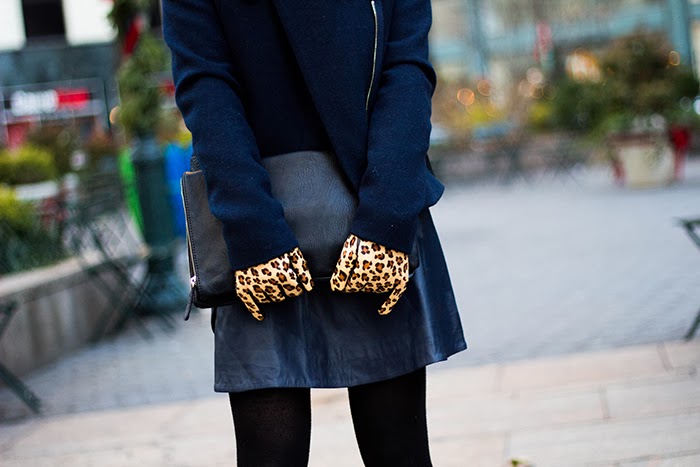 I
picked up several pairs of these Banana Republic gloves for female acquaintances and
friends this holiday season. For even the most self-effacing dressers,
these gloves add a touch of playfulness without drawing too much
attention to the wearer.


They were originally
intended as gifts for others but I couldn’t resist picking up a pair
(ok, two) for myself when they were included in a November promo. 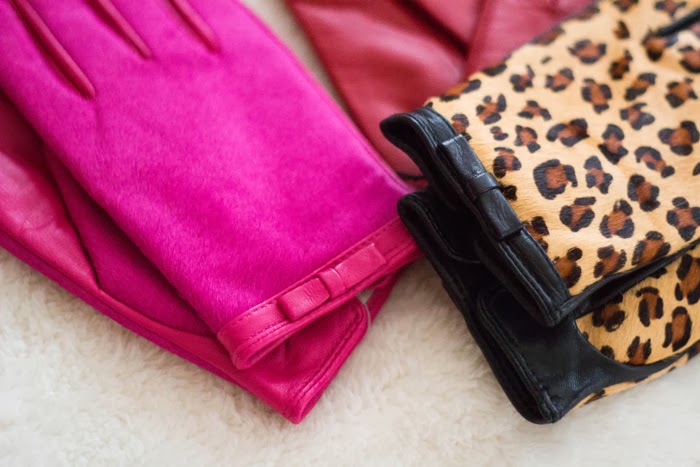 As these gloves are shrunken in fit, I got gift receipts for taller friends
who generally have longer hands than me for ease of exchange. This
design is intentional so as to show off the adorable bows at the base.
I
would rate these a solid six on a ten point scale; I docked a few
points for irregularity of fit and also for the fact that they are not
smartphone compatible. If Old Navy can find a way to sell
smartphone compatible gloves (however haphazardly made) for a dollar, Banana Republic, with access
to ON’s suppliers, can probably manage to do this in a non-cost
prohibitive way.


If you received gift cards to Gap Inc. stores for the holidays and don’t know how to spend them, I would definitely consider these gloves (now on sale).