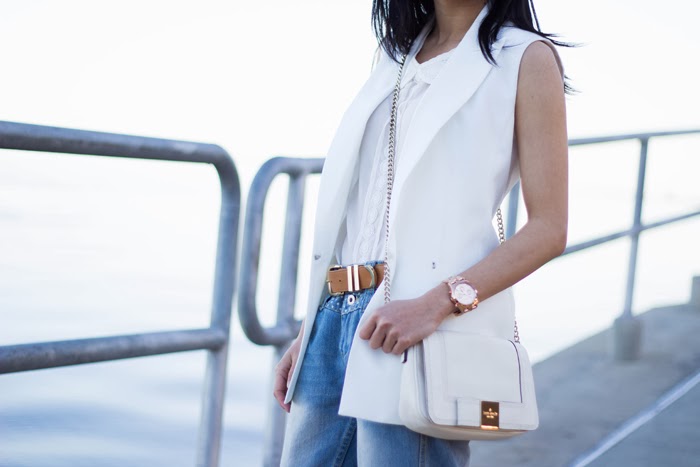 I’ve taken a strong liking to boyfriend jeans and have been wearing them and skinny jeans with equal frequency.

I suppose what’s appealing to me about boyfriend jeans is that they come “broken in” and just seem more effortless than their boot cut or skinny siblings. Reception to my WIFW post on boyfriend jeans was mixed but I think my styling of them was just off. It’s a work in progress but I like the challenge! 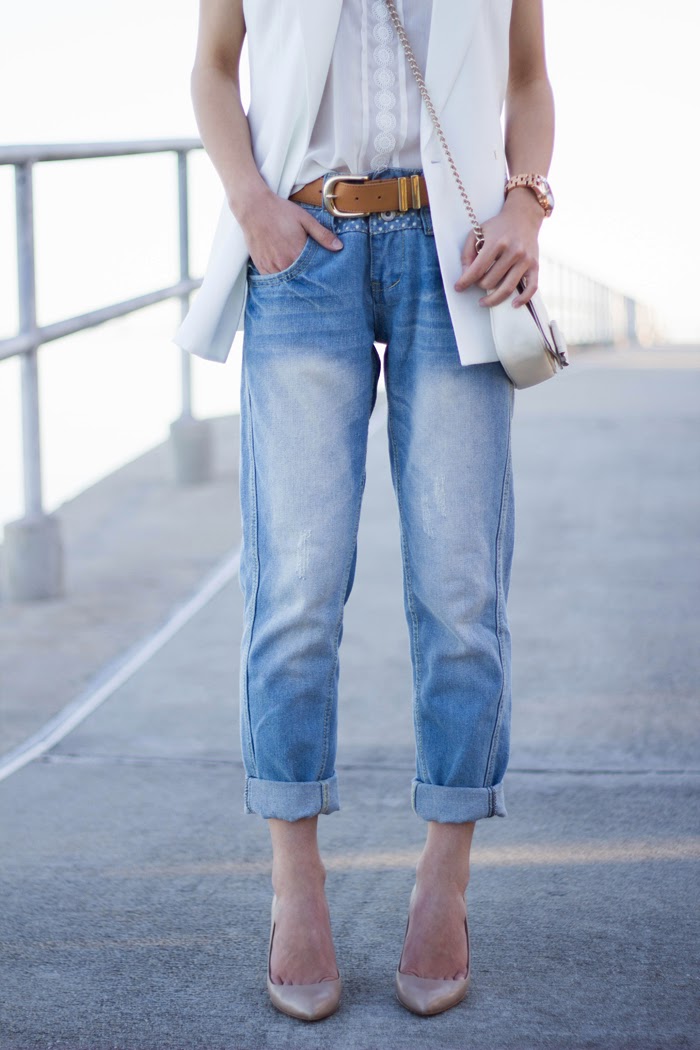 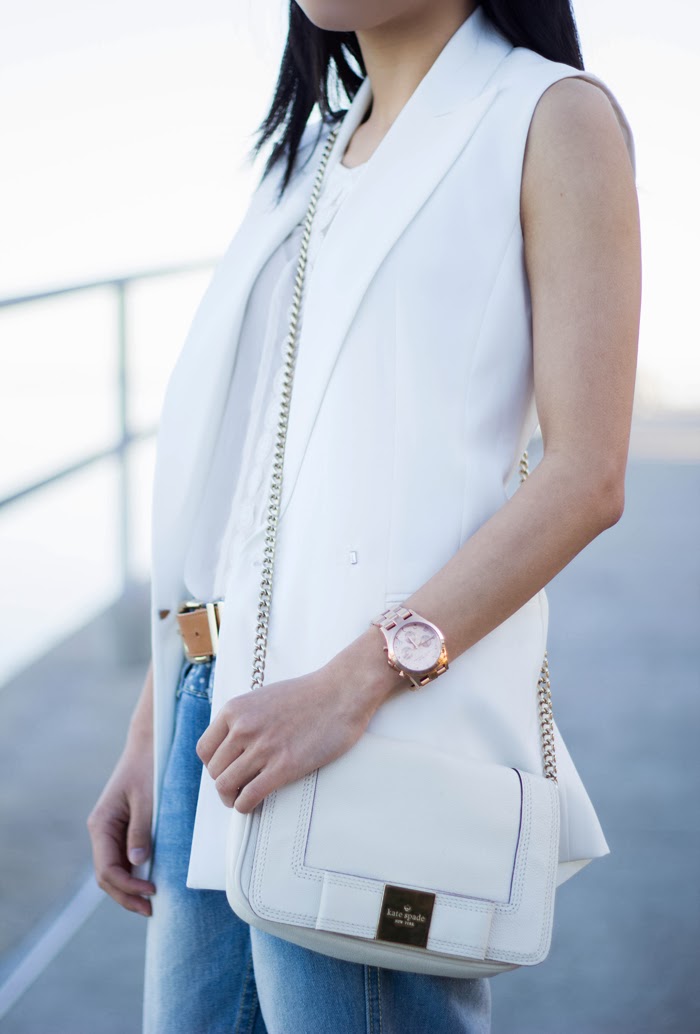 And as much as I have enjoyed these MexyShop boyfriend jeans, I feel it’s finally time to add another pair of boyfriend jeans to the rotation. I turned to the Gap for affordability and the range of washes available.

I’ll keep this review short as Gap denim qualities are incontestable so I will focus on fit and wash. I sized up for additional room in the pant leg; the tradeoff is then that the waist ended up being slightly loose, but nothing a good belt can’t fix (for those of you similar to me in size/measurements, I tried to show the waist gap in the pictures below).

The only keeper of the bunch was the 1969 Destructed Sexy Boyfriend Jeans, shown below in size 0P. I last wore it in this post.

The primary difference that I detected between the “Sexy Boyfriend” and the “Destructed Sexy Boyfriend” is that the former is slightly slimmer throughout. There’s no inherent advantage in either design so it’s a matter of which cut you’d prefer.

As for wash, I was most drawn to medium blue and went with “Betty,” a light-to-medium blue with some fading and whiskering. For some reason I’ve come to associate boyfriend jeans with medium to light blue shades so decided against the darker blue of “bright blue” and “laguna blue.”

“Vintage” was also a nice light blue shade but I found the distressing on the front to be almost distracting.

It’ll be a long while before I will need another pair of boyfriend jeans but I think I’ll be ready to venture into designer denim for my next pair.

p.s. for those of you who missed the shopping update posted over the weekend, there are several sales that are worth checking out in that post.