Designer Diane von Furstenberg is credited with inventing the wrap dress in 1973, a time when the second wave of feminism was taking root (other notable events in 1972-73 include the passage of Title IX and the ERA, the “battle of the sexes“, and the landmark decision in Roe v. Wade).


Frans Johansson, in The Click Moment (ch. 6), related a story about the inspiration behind the wrap dress. In 1972, Julie Nixon Eisenhower–the daughter of embattled former president Nixon and wife of the decorated war hero/president’s grandson–delivered a TV address wearing a wrap top with a skirt. DVF, sitting at home, saw the speech and had a light bulb moment. The wrap dress was born and it quickly found fans in influential personalities like Gloria Steinem and Betty Ford.

The wrap dress was a symbol of its time; it had the
requisite markers of conservative dressing and also a shape that underscored
feminine contours. The popularity of the wrap dress ebbed and flowed with the
second feminist movement, with both peaking in the mid-70s and seeing
a steady decline in the late 70s/early 80s.


The revival of the wrap dress in the mid-to-late 90s coincided with the beginning of the third wave of feminism and its popularity has endured. (I don’t presume to tie women’s liberation movements to a dress, but political movements and fashion trends are both cyclical creatures).

This brings us to ISSA, a British label founded in 2004 by Brazilian designer Daniella Helayel. The designer mentions in a Huffington Post interview that she frequently looks to past designs and contemplates ways to update “classics.” I think it’s a sentiment many women can identify with; we don’t always care to walk the tightrope that is fashion’s frontier but are inspired by designs that tweak and improve on the existing fabric.


One such improvement is affordability. Much of the value in a design is innovation so I admire even more when higher-end labels collaborate with mass retailers to produce signature designs at fair prices without compromising on quality.


Banana Republic collaborations normally excite me more than other high-low unions because of BR’s attention to detail (which translates into better quality) and extended size offerings. I have waited months for the release of the ISSA collaboration and was not disappointed. 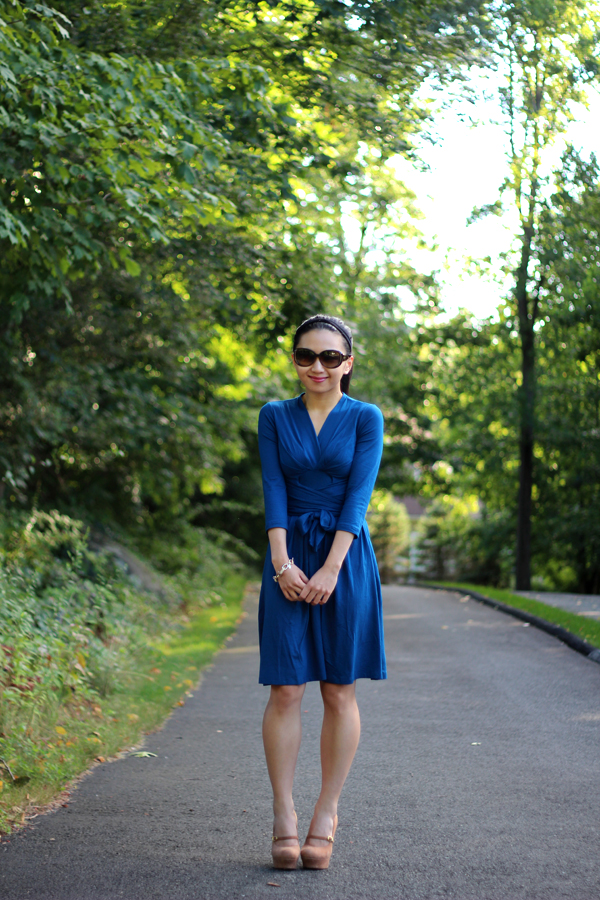 The photo below is a fair representation of the dress in “Royal Blue” (or Tulum Turquoise, pre-name change) under strong light. 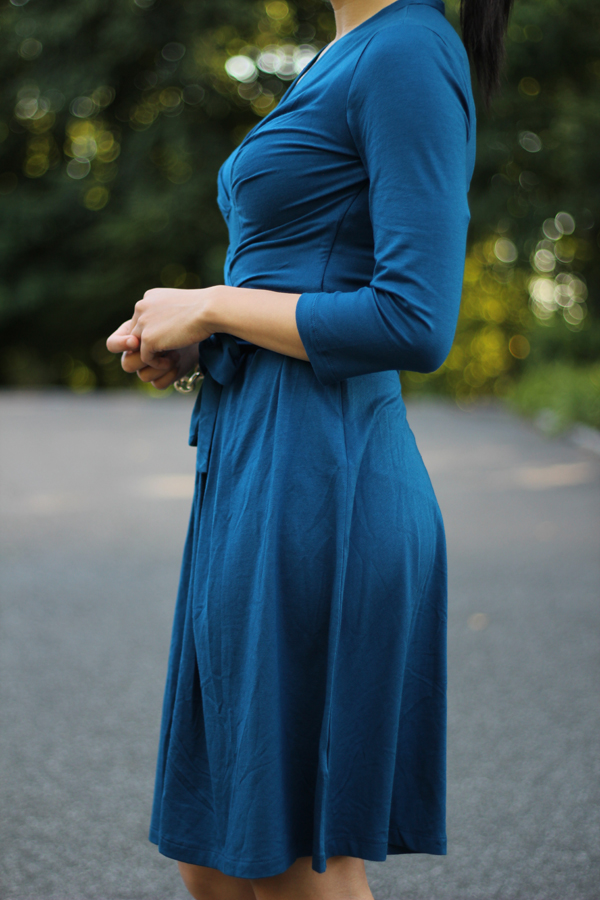 And the picture below portrays the color in a darker setting. 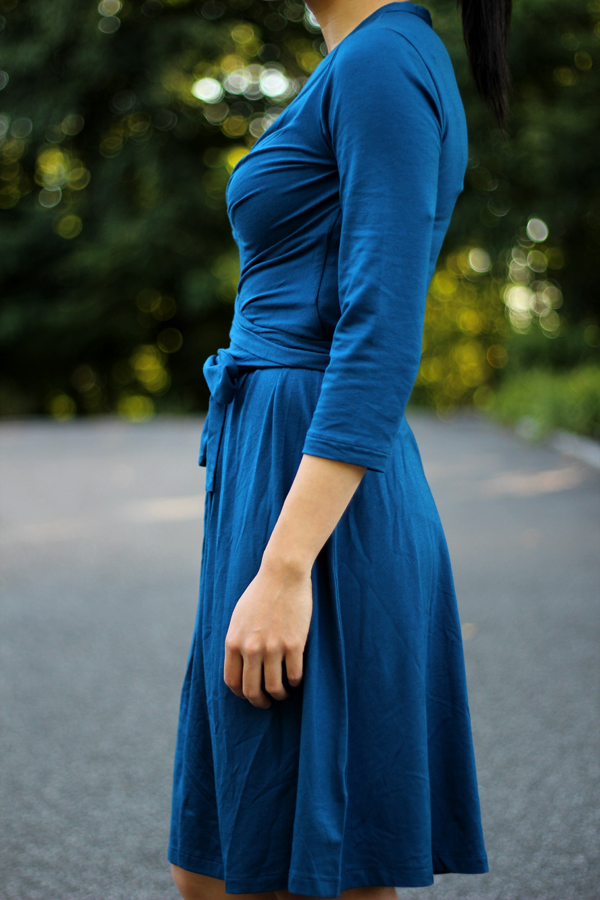 I ordered the dress in both Royal Blue and Merlot but plan to keep only the dress in royal blue if only to avoid adding duplicates to my overflowing closet.


“Merlot” is a true purple with dark tones. 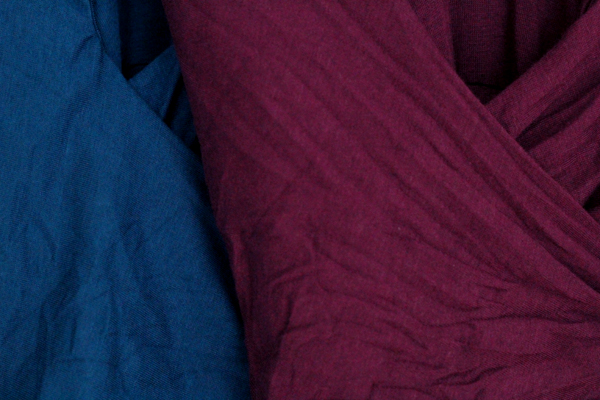 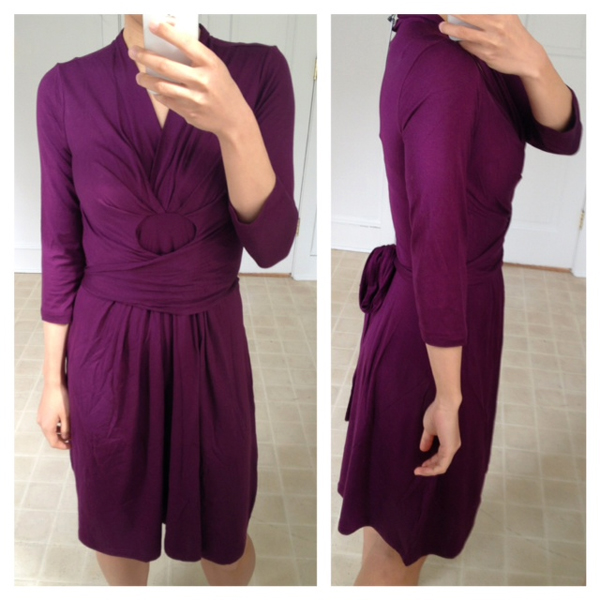 Because the material is a light jersey (50% Rayon, 28% Lyocell, 19% Cotton, 5% Spandex), I didn’t think measurements would be very helpful in themselves but figured I would offer my thoughts on sizing. I think the dress fits true to size but you can also size up if you are self conscious about back flab (the dress can cling tightly and accentuate every bump). 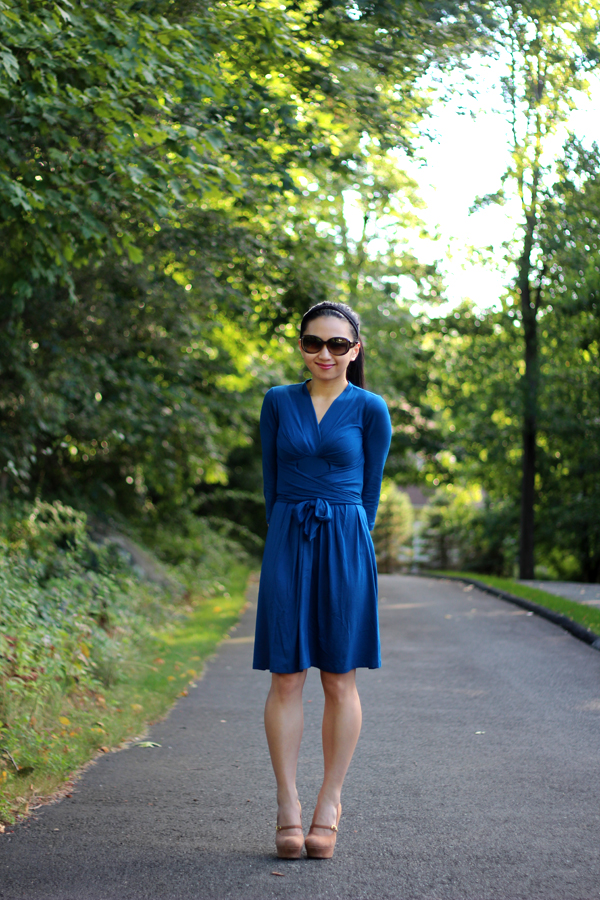 I really regret removing the Issa Wrap Dress in Red Ceramic (now restocked in regular sizes) from my cart at the last minute because it looks so beautiful on Khatu.


If you purchased pieces from the collection, please share your thoughts in the comments.

p.s. Cardholder code 1AUG35 still works on the collection for 35% off and this offer can be combined with the new email subscriber discount for an additional 25% off.