Emerald is Pantone’s color of the year for 2013. I especially love it with navy stripes, a foolproof combination.

How do you wear emerald? 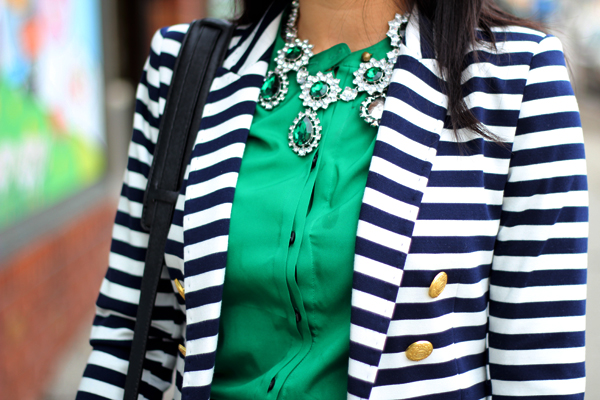 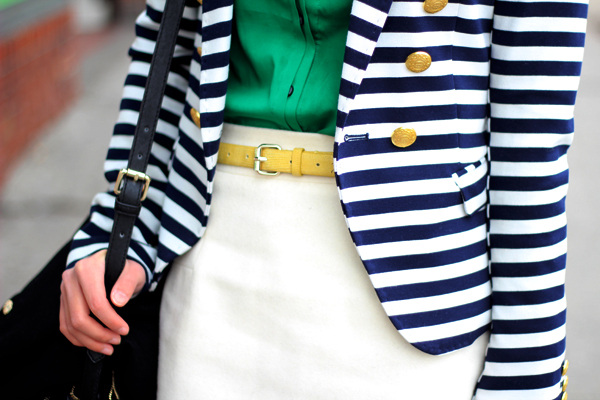 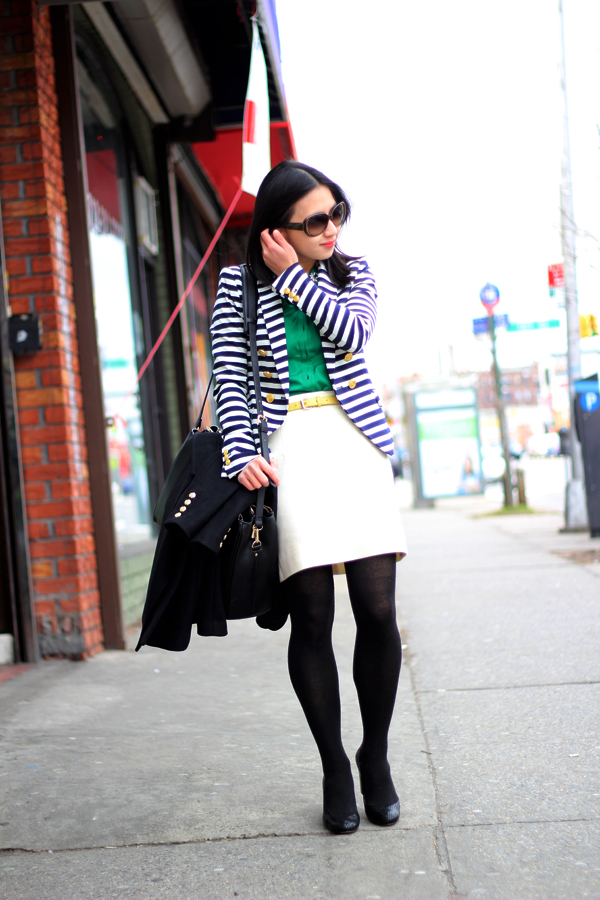 I received a few questions about the Zara Office City Bag that I wore in an outfit post from earlier this week so have decided to write a few words on the topic. I have been wearing my Prada Saffiano Tote and Chanel Deerskin Tote frequently and finally came to the conclusion that I need to add another bag to the rotation to unburden the other two bags. I am rough (in handling) with my bags so I try to give them equal attention lest I overwork one of the bags and have to retire it permanently. 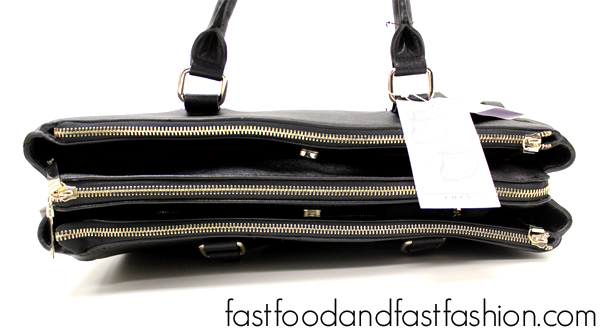 I have been eying
this bag since last September but (at the time) didn’t want to add another bag to my haphazard collection.
I also had hesitations about it being constructed out of polyurethane.

The version that I purchased in January feels larger than the one I tried on six months ago (the current version measures 12″x17″). The material also seems thinner compared to the bag from memory. Regardless, I still think it’s a functional bag with a “classic” design that is priced reasonably, especially if you are a big bags lover.


My favorite features: crossbody straps and five compartments (three of which are zippered; the two that have snap button closures also have either a large zippered pouch or card slots/small zipper compartment). 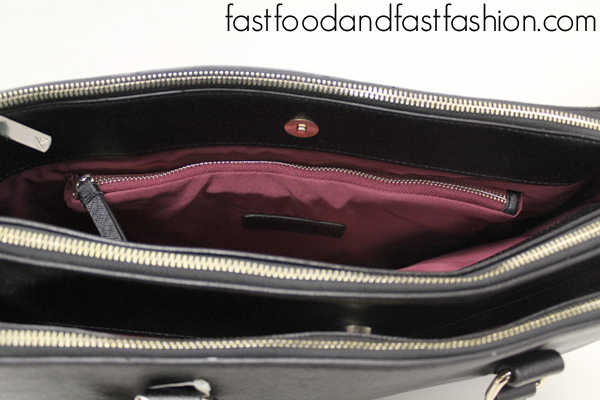 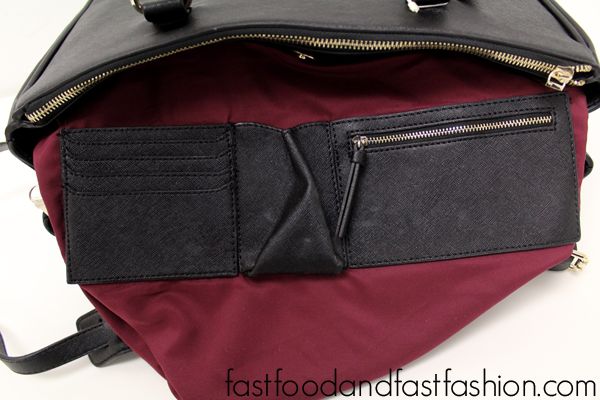 With Zara, quality is often a concern. I purchased and returned three bags in all before ending up with a bag that doesn’t have peeling straps or egregious incidents of loosened stitching. I would urge you to inspect your bag closely if you decide to buy it.


I also found two other totes that are similar in finish but are all-leather. If you have a bigger budget or  want something that will last more than a year, I think these are better choices. 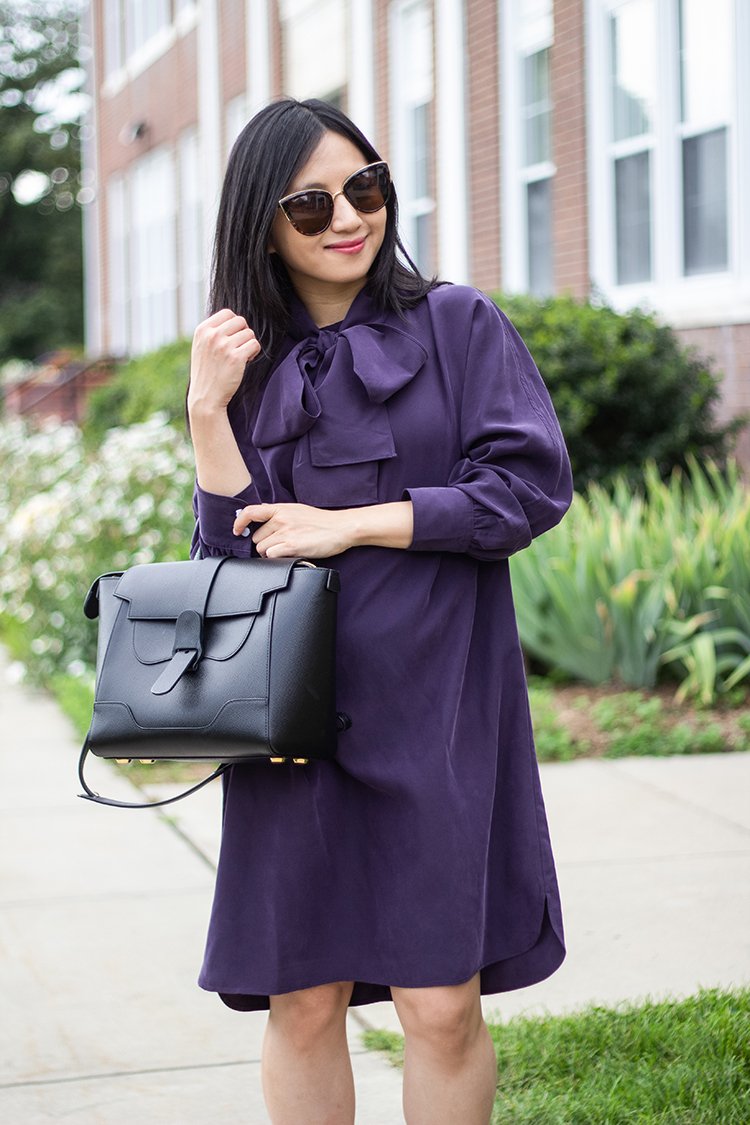