The Colorblock Edie Grand (tote version here) is the second of my two impromptu bag purchases recently – I initially got it because the price was appealing but have grown rather fond of the design in the days since the purchase.

Reader Jessie alerted me to a sale on colorblock Edie Grands in-store in the comments for this post and I asked J to stop by J. Crew on his way home from work. I was ecstatic to learn that the bag was only $89.99 before discounts and couldn’t pass it up even though it was nowhere on my radar before that day.


For me, purchases made entirely on bargain considerations usually end up gathering dust in the back of my closet in mere days but this bag has won me over completely. 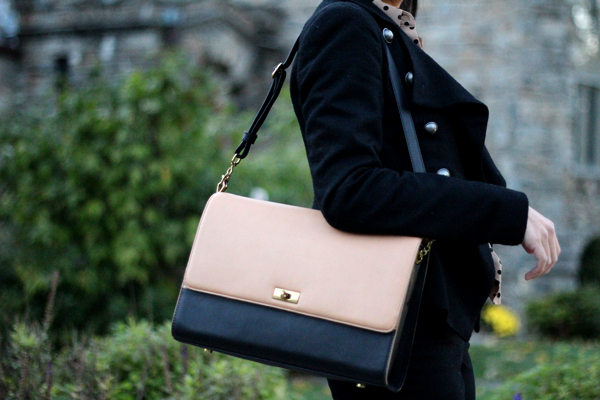 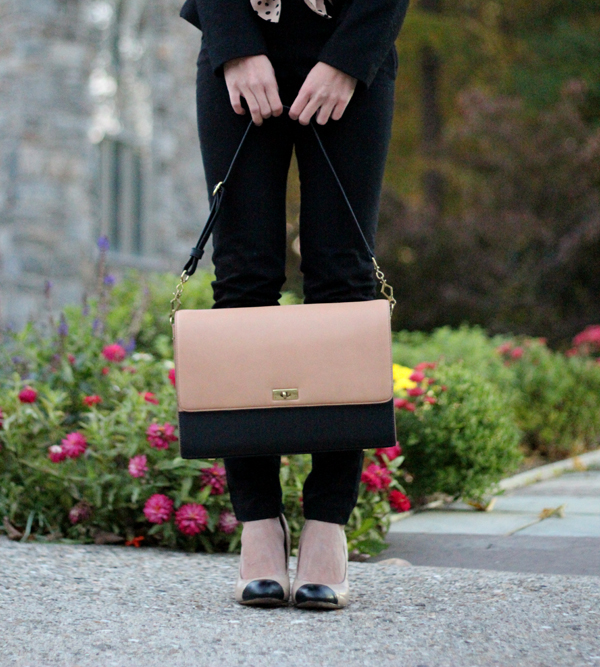 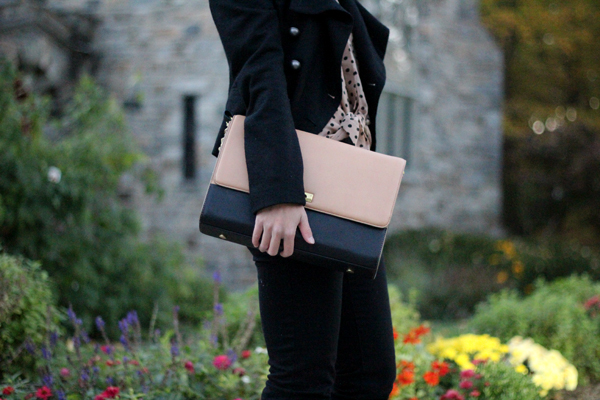 The Edie Grand is a better alternative for big bag lovers compared to the Edie purse. Most tablets, if you rarely leave the house without yours, will fit comfortably inside.


The design is almost identical conceptually to the Edie purse with some differences in overall shape. The only other differences in appearance are that the Edie Grand has two metal feet (but I couldn’t get mine to stand on its own) and has an additional pocket in the back. 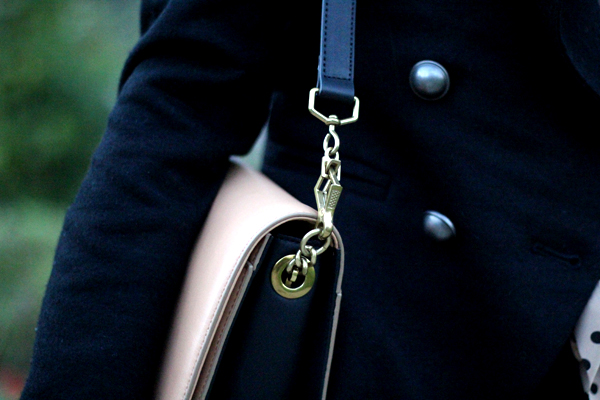 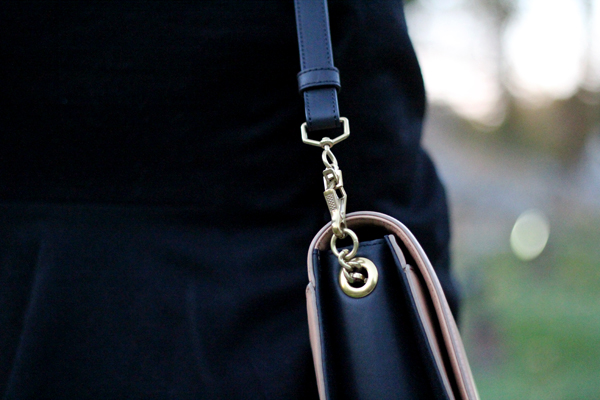 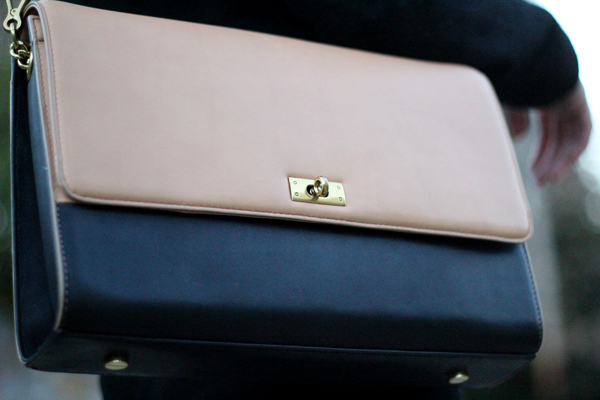 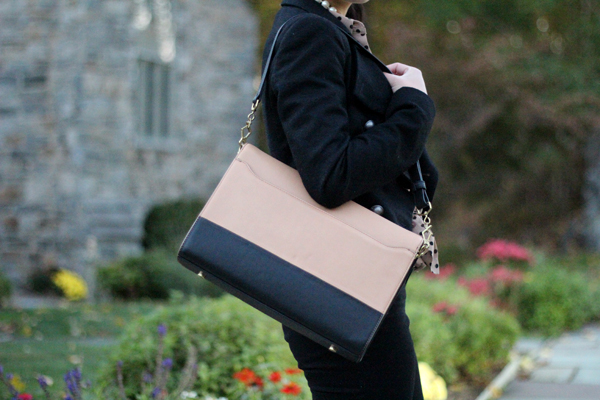 And here is a side-by-side comparison of the Edie Purse and the Edie Grand. As you can see, the Edie Grand is quite a bit bigger than the Edie Purse. A friends of mine who is smaller than me found the bag to be overwhelming on her frame so it’s definitely not for everyone.

Additionally, and I know I’ve said this numerous times in the past, but the Edie bags are made from smooth leather that attracts scratches, dents, and other signs of wear. I think the light camel color is especially susceptible to abuse so if you decide to get the bag, be prepared for imperfections that come with routine wear. 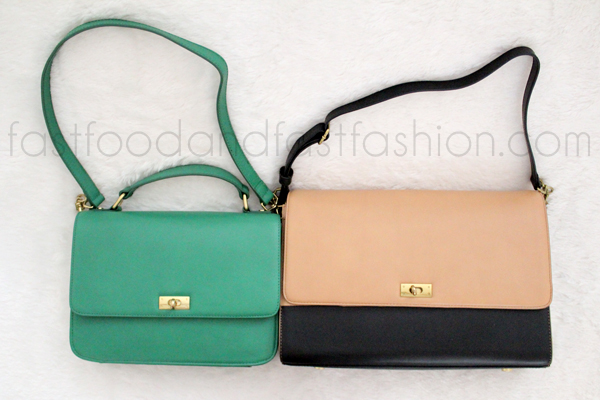 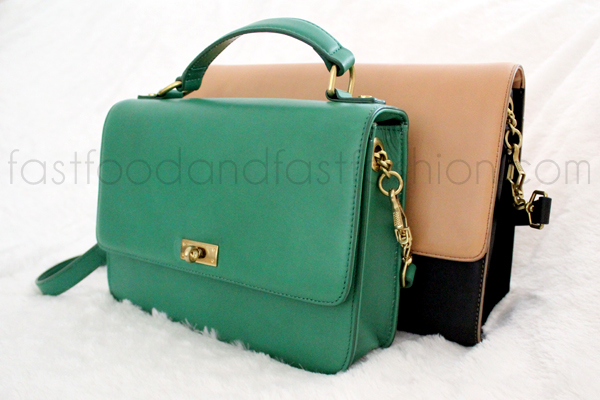 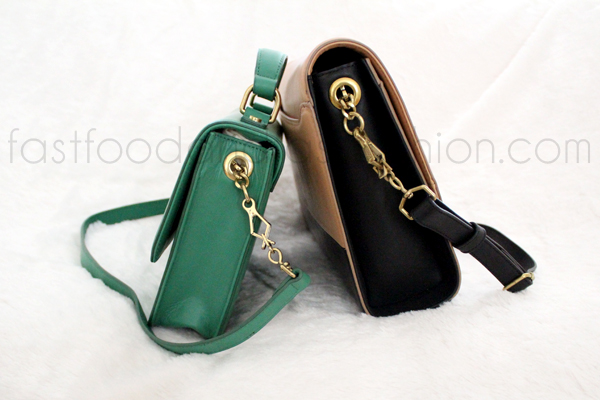 And I know I am acting irresponsibly (and exhibiting hoarding tendencies) as I already have too many bags on rotation but I can’t help but love the Edie Grand in burnished rose, a new arrival on the J. Crew website. 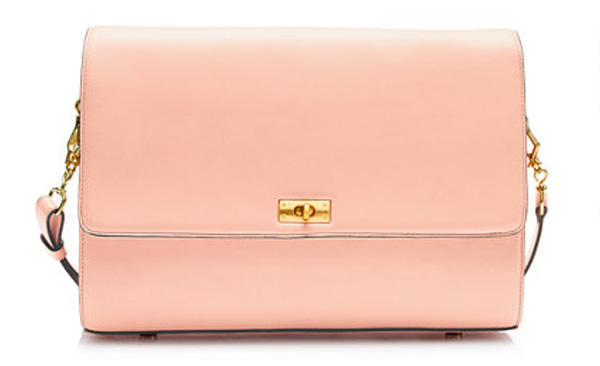 Do you own any members of the Edie family? Which is your favorite?