This post concludes my search for a camel tote – I realize this has been more drawn out than I (or you) would’ve liked but I am plagued with indecision so this process hasn’t been as easy as I thought it would be.

While I did not end up with my first choice – in the ideal world I would just waltz into an Hermès store, have the store associates bring out a 35cm tan Birkin and have the funds to back it up – I am very happy with the bag I got.

The Prada Saffiano tote had been a clear choice since close to day one but the price, coupled with sometimes dubious craftsmanship and questions about its timelessness, has held me back from keeping the bag on more than one occasion. I think I ordered and returned the same bag about three times – I’ll let that erratic behavior speak for itself.

My final choices came down to the medium saffiano totes with double zip, with and without straps. These two bags are not too dissimilar in size and are pretty much the same in nearly every aspect so it was like splitting hair trying to decide which is better. 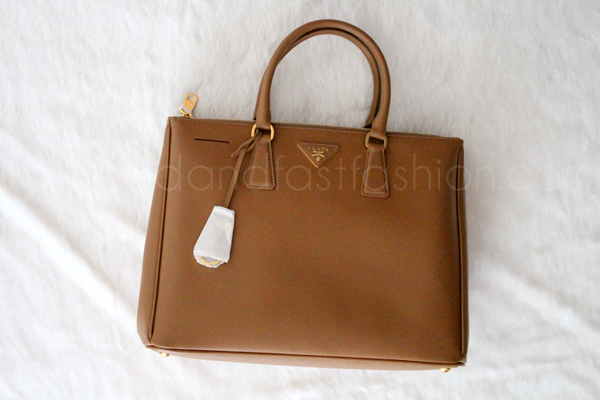 In addition to ordering and returning the same bag numerous times (it’s a miracle I didn’t get blacklisted by retailers).

I have been and will probably always remain a fan of bigger bags but I thought the large(st) saffiano tote was rather heavy and without straps is simply an untenable choice. I was disappointed to learn from Prada store associates that the largest size with straps is the medium which I felt was a touch too small. Apparently Miuccia felt that the aesthetic of the style would be lost with the addition of straps for larger versions.

Regardless, the medium tote with straps was a serious contender and it was the bag I kept going back to and re-ordering. 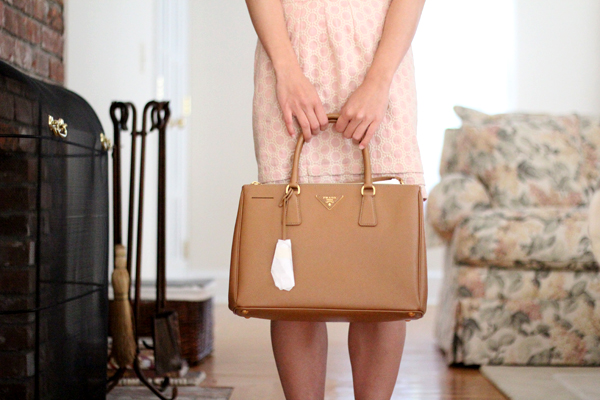 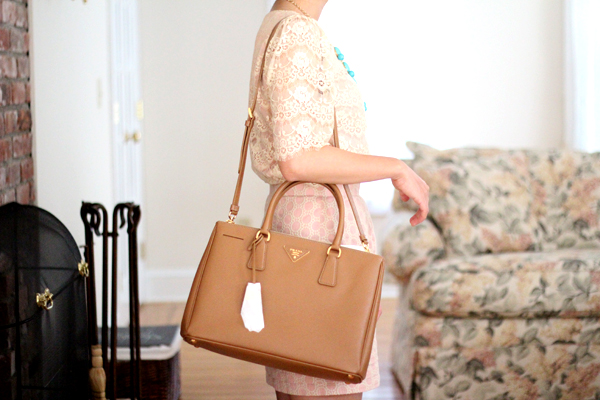 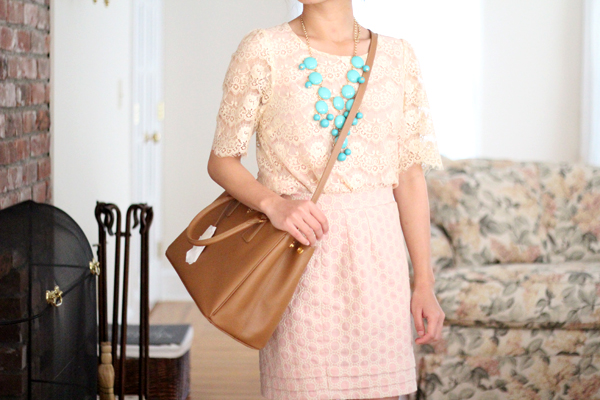 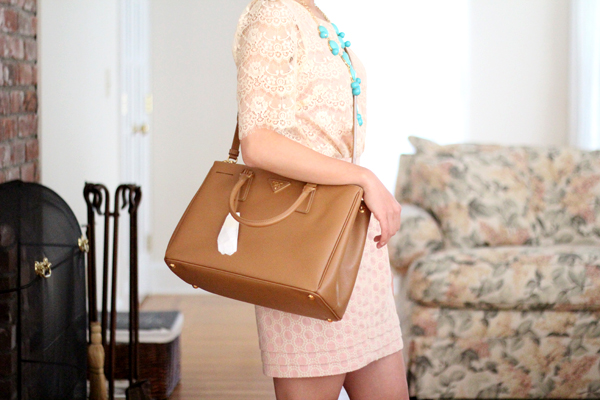 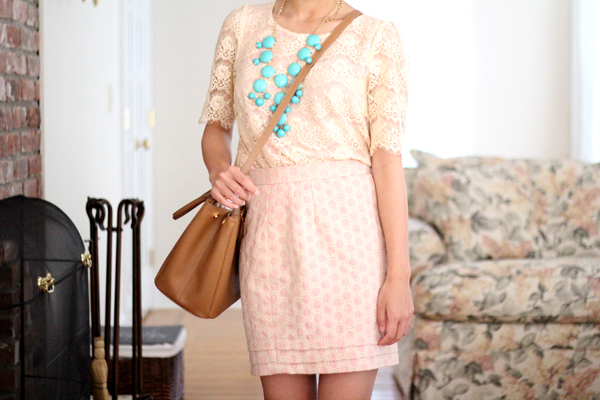 My other choice was the medium tote without straps. It was the perfect size and would’ve been the obvious choice except for the fact that it didn’t have a shoulder strap.

Throughout my search, I was lucky to have Jean as my some time consultant. She felt the strap was “critical” as holding the bag for hours was a strain physically. I would’ve taken her advice and ran with it but I wasn’t sure how useful a smaller bag would be for me. Plus, neither the strapped version nor the non-strapped version fit into my large Longchamp (if one had, the decision would be easier) so I didn’t see a distinct advantage in keeping the strapped version. 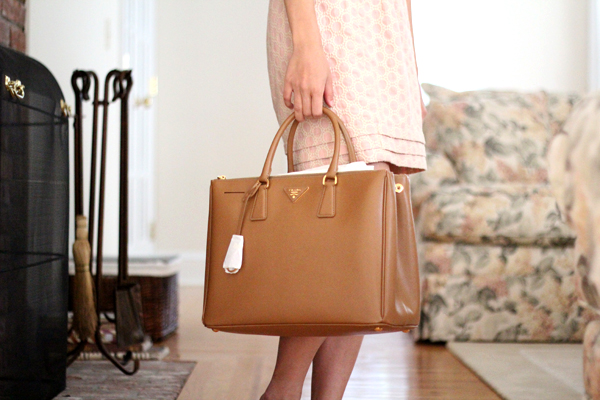 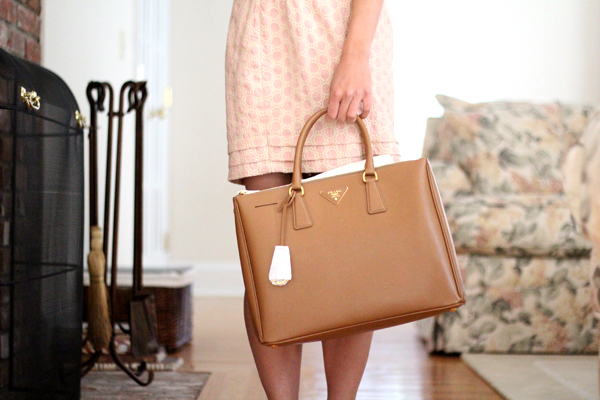 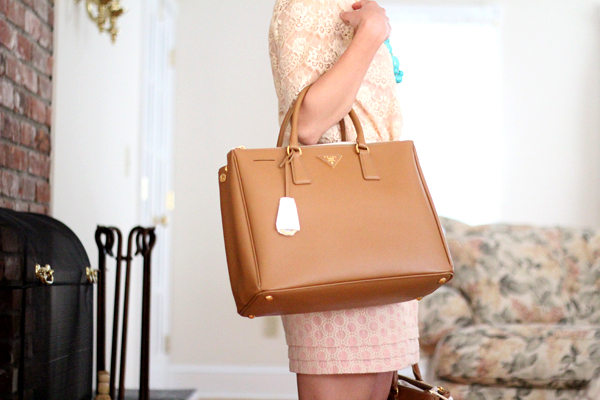 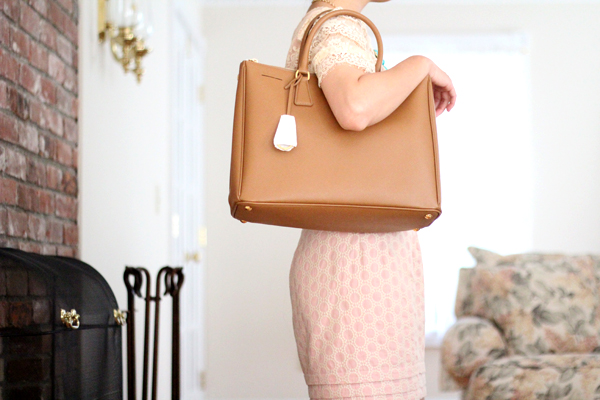 Price was a factor but in this case I was more concerned about keeping a bag I enjoyed more than the few hundred dollars in savings (not insignificant but I didn’t want to look back and regret using that as a barometer for love). 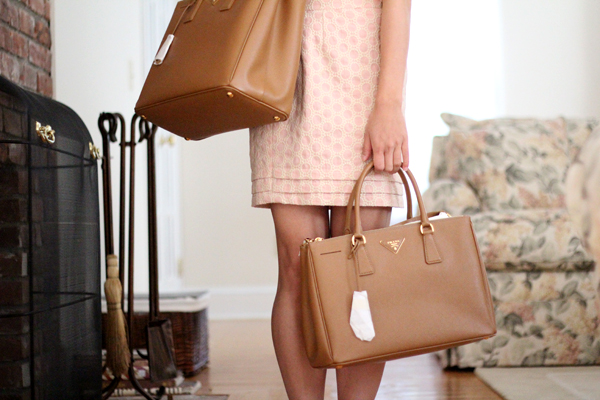 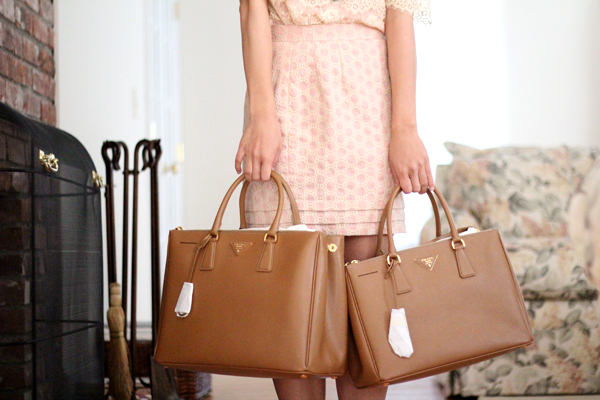 In the end, I used an unorthodox method to determine which bag to keep. J about had it with my indecisiveness and my constantly badgering him about which he liked better (and then ignoring his consistent vote for the strapped version) so I thought an old-fashioned coin toss seemed appropriate when reason and logic failed me.

The coin toss was in favor of the medium tote without straps. I think I loved both bags equally and would’ve been happy keeping either one of them. 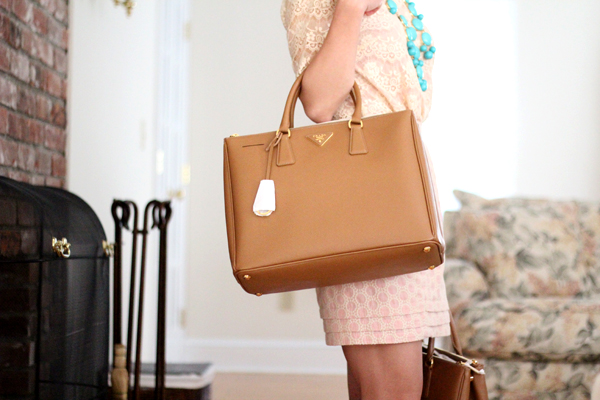 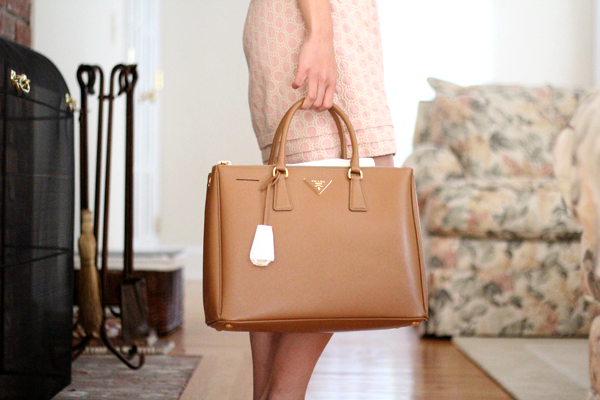 What do you think about the Prada Saffiano Tote? Of the bags I’ve reviewed, which has been your favorite?

Neiman Marcus is running an in-store gift card event for Neiman Marcus cardholders this weekend. It’s a tiered gift card event so the more you spend, the more in gift cards you will receive. You can receive at most $400 in gift cards if you spend $2000 (or $100 on purchases of $500, $200 on $1000, etc.) on shoes, designer bags, accessories, gift gallery items, or items from the men’s store. Chanel and Louis Vuitton are both included. Fine jewelry is excluded.