Some of you may know this already – but I have more Forever 21 store credit than I care to admit, most of it the result of one large purchase that I made some time ago (I made the mistake of returning everything to a local store for store credit instead of paying shipping and getting my money back on my credit card – sigh). I used to be of the belief that one will always find something to buy at Forever 21 and that store credit isn’t hard to spend but I’ve really struggled getting rid of this card (and I’ve thought about just selling the credit at a discount but I remain too stubborn to admit I was wrong for not returning it by mail when I had the chance).

Alright, now that you have the backstory, you will understand why I order from Forever 21 every five seconds. I have a pretty large file of review pictures for Forever 21 but I lack the patience to edit pictures and blog them but will be making more of an effort from now on.

After experimenting with high-low skirts, I thought I would tackle high-low tops next because Forever 21 is really the store to go to when one wants to get one’s feet wet (by a new trend). What I’ve learned is that I really don’t like high-low tops. They look great on some people but unfortunately not on me – my style is a little too uptight. I keep wanting to tuck in the top but the deliberate half tuck doesn’t feel natural to me (I do the half tuck by accident all the time but that’s more a factor of sloppiness than style).

I like Forever 21’s polyester (or similar synthetic fibers) tops – they are really the only things I ever contemplate keeping. They normally machine-wash perfectly and are low-maintenance. I don’t even feel too sad when I get ketchup or sauce stains on them. This burgundy high-low tie neck button up would’ve been a definite keeper if it had long sleeves and even hem.

The next top, the high-low abstract floral shirt (currently sold out online; should still be in stores), was one that I ooh’ed and aah’ed to when I first found it online. I thought the print might look homely against my skin color but ordered it against instinct anyway. I remained a fan of the print but the design and the general oddness when I wear it made this an easy return. 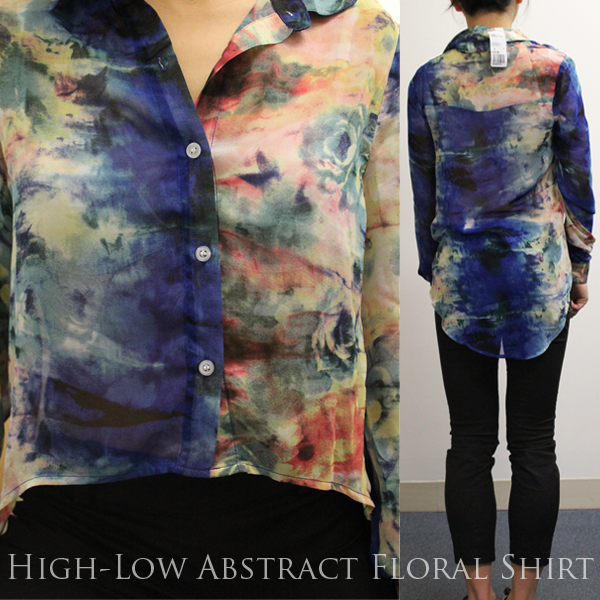 As much as I would love to just keep everything that passes the threshold of “ok-ness,” I’ve decided that I won’t because those things normally end up with tags on until the day they get tossed in the donation bin or get sold for pennies. The 3/4 sleeve shirt (also sold out online; but I’ve seen it in stores) was just an easily wrinkled mess and I didn’t like the material – it had a sheen to it in person that made it feel tacky.

The bow-back sheath dress (in S – I mislabeled the picture; sold out online but still available in stores) was one that I really wanted to love but couldn’t because it just didn’t flatter me. The color was a pretty dusty pink and the bow detail was lovely – I was even willing to overlook the deep-v in the back if it weren’t for the fact that the dress made me feel as buff as a bodybuilder. The back zipper also zips all the way down so probably not for someone who works around immature people. 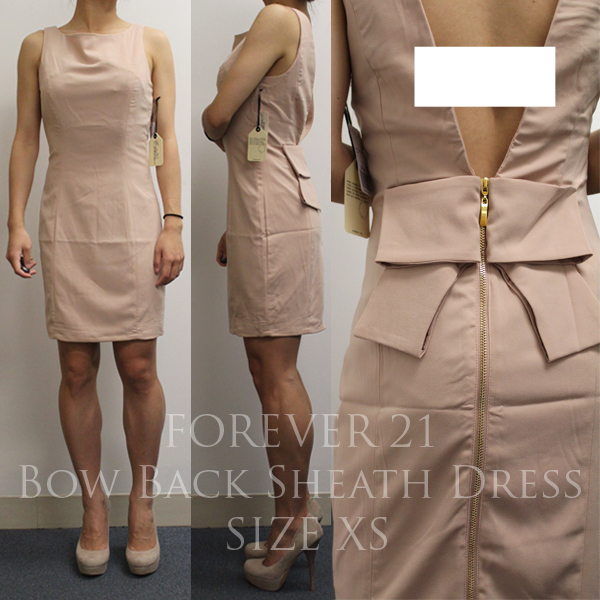 I’ve also been looking for a light blue chambray shirt and was impressed by the color and simple design of this Relaxed Chambray Shirt (sold out online; should still be in stores). The color was perfect, and the design simple. The only problem (and a deal breaker) is that it was too “relaxed” in fit and overwhelmed me. I feel like I could’ve stolen this from my brother’s closet. 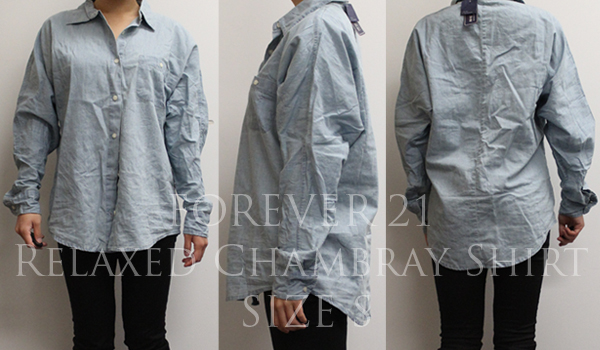 Lastly, the Lace Overlay Dress that I was so excited about. I actually really like the color – even though it was probably not the best choice for me. The length was short which didn’t bother me but may be too short for ladies with longer legs or more height.  The general style was right up my alley but I thought the lace looked a little window curtain. I returned it. 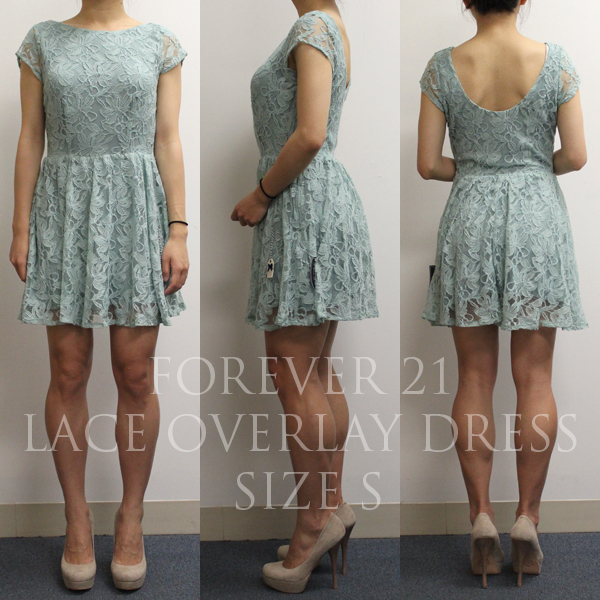 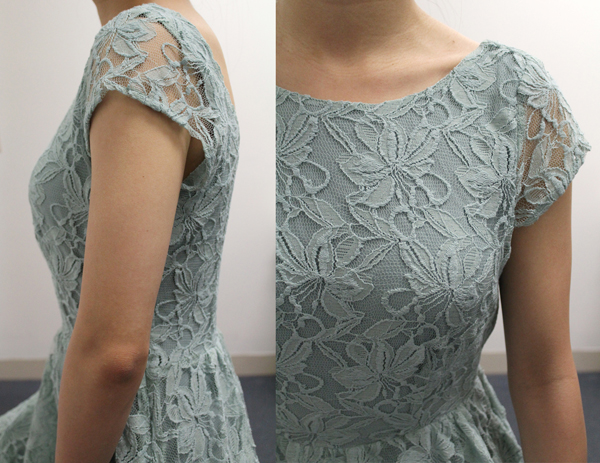 Forever 21 often gets the general idea right but the rest leave a lot to be desired. I hope I will have some solid recommendations for you the next time I do another one of these reviews.