Interested in the J. Crew Schoolboy Blazer? Find styling tips here and see the difference between regular and petite here.

I am something of a blazer fiend and recently fell in love with colorful blazers. One of my favorite purchases this month is this Banana Republic blazer in a cheerful coral color. I can’t find it online but have been informed by friends from all over the U.S. that they have seen this blazer in stores. 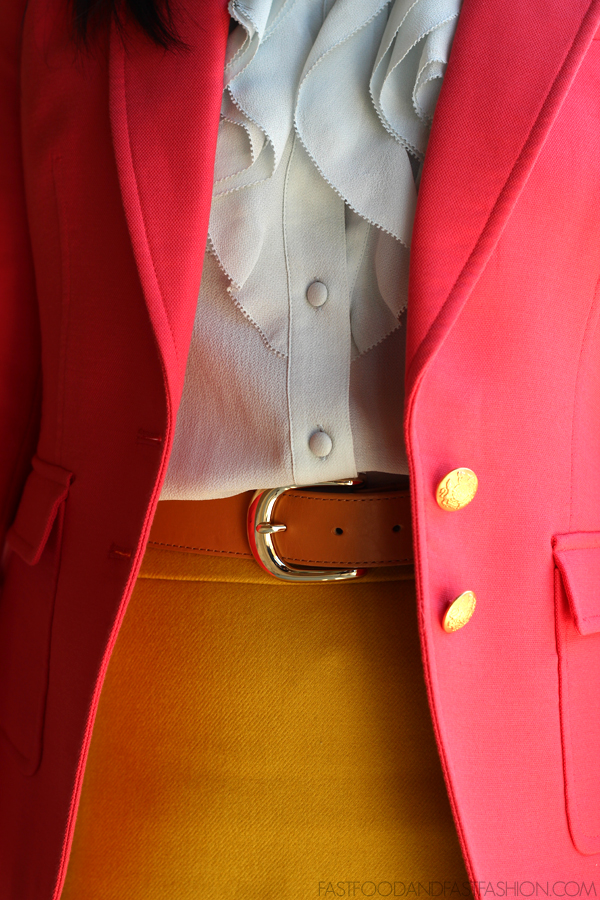 I also recently re-ordered the J. Crew Schoolboy Blazer in Wool Flannel (reviewed here; also reviewed by Extra Petite and Alterations Needed) because the maraschino red color pictured below has gone on sale. With last week’s extra 30% off promotion the blazer ended up being about $90 before taxes.

I wanted to dedicate a post to these two blazers because of their striking similarity. I took some pictures of the two blazers to show their differences but as you will soon find out, there are more similarities than differences. In essence, the two are identical in design with some difference in fit and material. 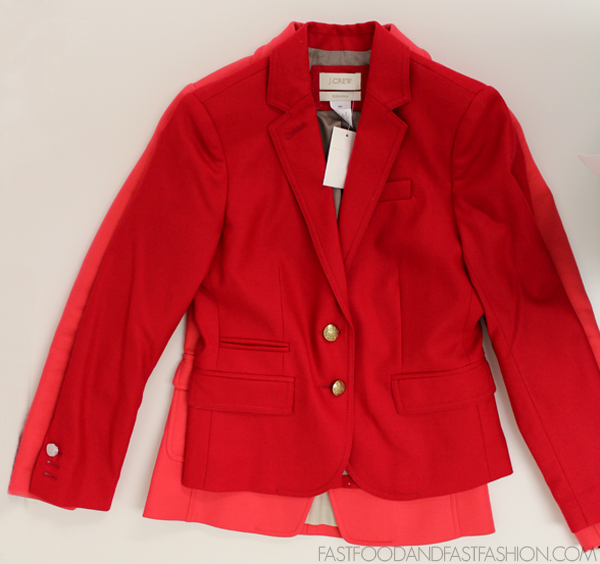 I purchased the Banana Republic blazer with a 50% off coupon (thank you Cathee for the coupon!) so I only paid $65. It’s a bargain for something I foresee myself wearing repeatedly in the Spring. 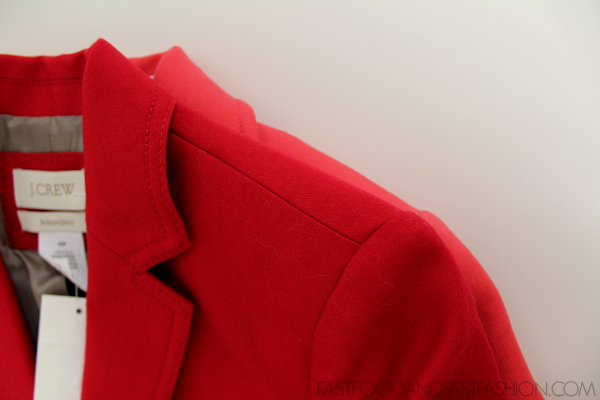 The J. Crew version in 00P has narrower shoulders and a smaller neck opening. It is also more cropped in length than the Banana Republic blazer. 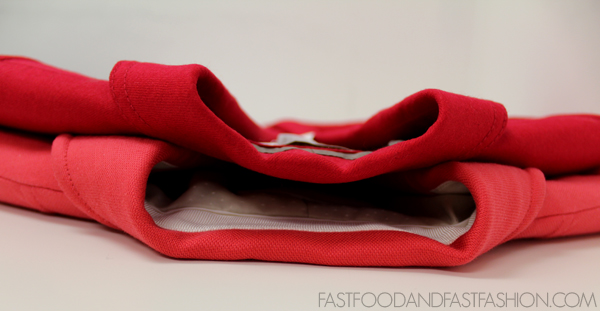 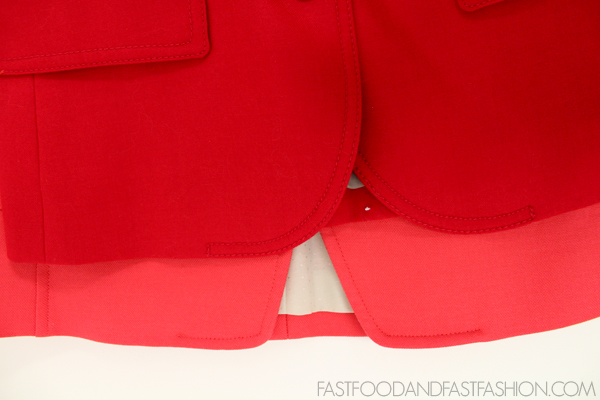 Both blazers have three functional buttons at the cuff; In the same size, the BR blazer has slightly longer sleeves. 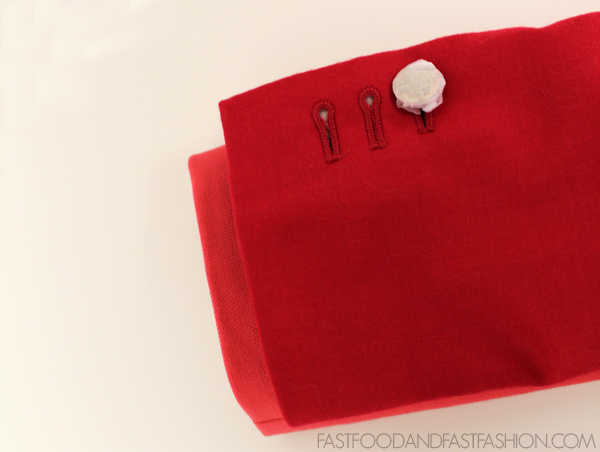 The two blazers even share the same crested brass-y buttons. 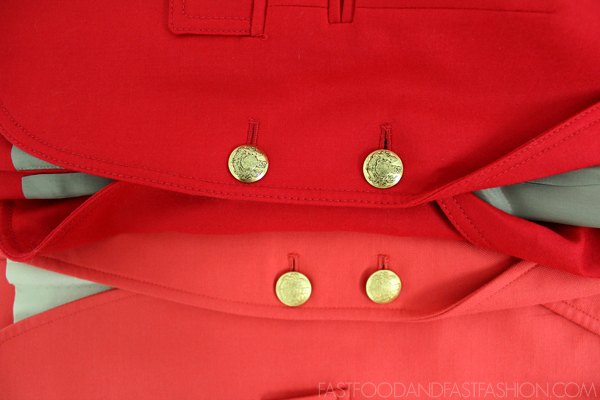 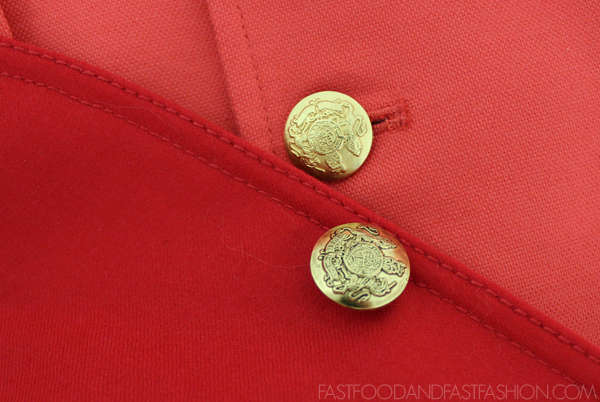 J. Crew’s blazer does have a light edge – it has a lapel buttonhole and two interior pockets. 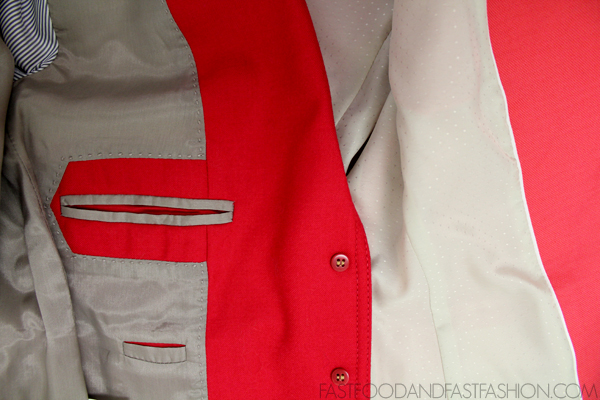 For the 00P that I ordered, these measurements were taken with the blazer laid flat (multiply my number by two to get the chest and waist measurements): Chest 16in, Shoulder 14in, Length 23in, Sleeves 21.5in.

J. Crew’s final sale will probably run through April so I haven’t purchased much from them recently. I did order the No. 2 Pencil Skirt in Double-Serge Cotton (which is not marked final sale despite being discounted) so I will try to write a thorough review later on in the week. Additionally, if you have tried the Hacking Jacket in Bright Turquoise or the No. 2 Pencil Skirt in Medallion Paisley, please let me know how you like them as I am currently debating buying them.