Normally I try to be fair in my reviews of companies and reserve excessively harsh words for myself but this incident has left me unusually perplexed.

I was never a fan of American Apparel. A fan of the clothes and the company in theory, perhaps, but not of its company founder. I had been reluctant to shop there until April of this year, when I gave in and bought some things from their April Fools Sale.

My experience with the April Fools Sale was mediocre; the clothes were nearly free and actually decent quality (for free clothes). I had two items canceled in my order because of availability but almost-free is good enough for me (I am pretty easy to please).

Then I unexpectedly received a package from them last week. 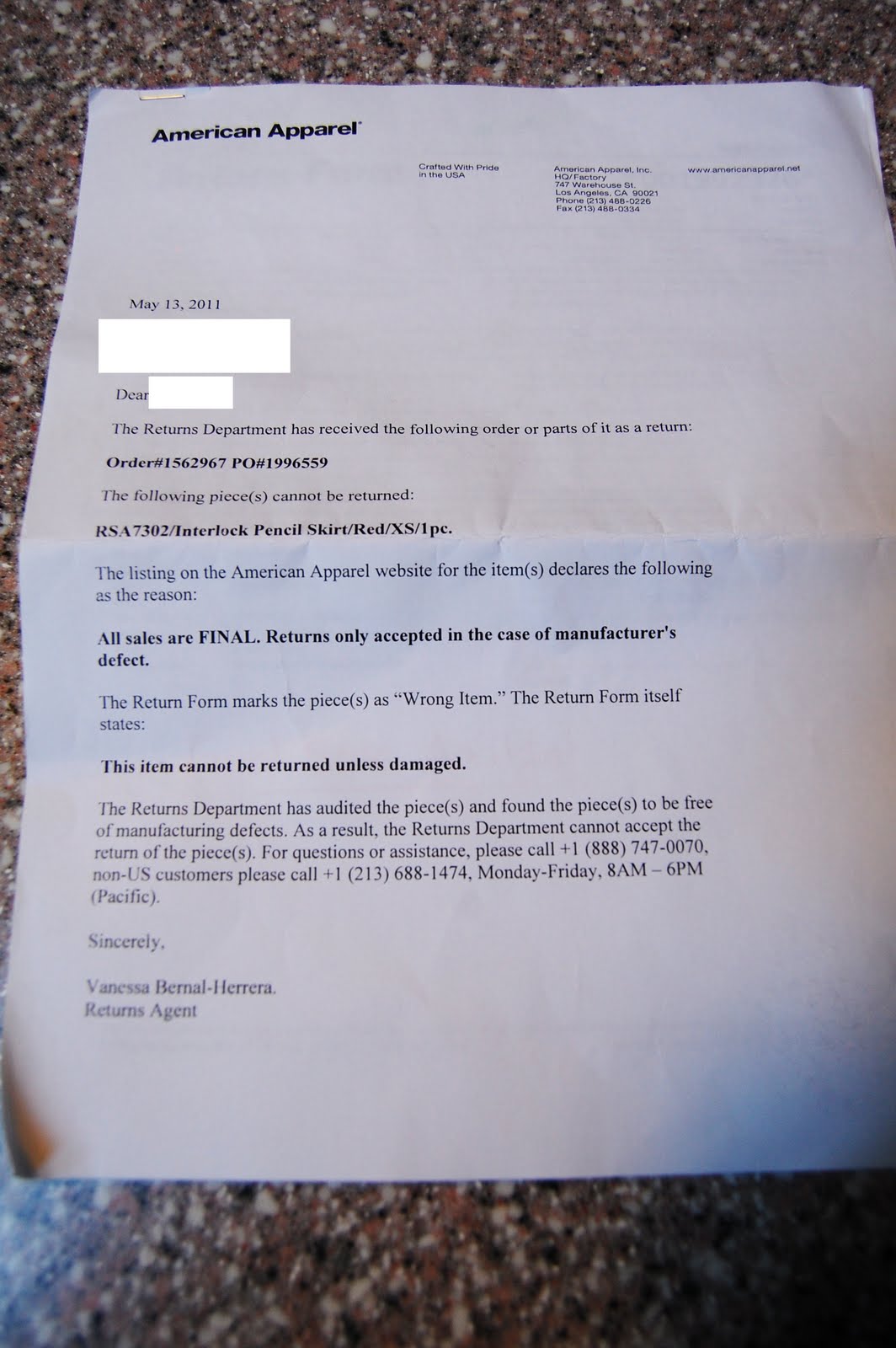 Unexpected because I never returned anything to them and while I did order the Interlock Pencil Skirt in Red, I had already received my item. At first I thought they decided to fulfill my canceled order by replacing it with something in stock (I guess wishful thinking on my part), then as soon as I started reading the four-page notice they had sent me I realized they made a grave mistake.

So they decided to send a return that another girl had made to me after denying her request (more on that later), except there is absolutely no similarity in our names or addresses or any part of our contact information. I quickly contacted the girl who made the return via e-mail (what an invasion of her privacy too, sending her order information to me). How American Apparel’s returns department managed to mess up this badly, I will never know.

American Apparel denied her request for an exchange because it only allow returns when items are “damaged.” But they had sent her the WRONG item. She had ordered the interlock skirt in a different color and a different size and they had the galls to deny her request because apparently only damaged items can be returned but not incorrect items. That has to be the most ridiculous return policy I’ve ever seen.

So if I ordered a Chanel flap from Neiman Marcus, and if NM employs the same return policy as AA, they can send me a garbage bag in the mail and refuse my return because while I didn’t order the garbage bag, the garbage bag is in perfect condition so I should be happy I got anything at all. My example is extreme but it does (sort of) show how ridiculous their reasoning is.

Sorry for the rant. I just find this whole experience sort of unbelievable.