You may recall my rather daunting task of trying to wake up at 2AM to fight the crowds at the Lanvin x H&M opening last November. You may also remember me failing because of crazy traffic. In any case, there was no Lanvin (even the H&M version) for me.

The hope had died with the insane prices that the collection was going for on *bay. I just can’t get myself to pay the Buy It Now price of $499 for a dress that originally retailed for $199. I mean, I can get normal (though previous season) Lanvin for about that much on *bay. What sparked my interest again was PetiteMom’s comment on one of Extra Petite’s posts…I had gone back to leave a comment and caught a glimpse of the word “Lanvin” in her response. Intrigued, I read on. She mentioned that some NYC H&M stores had the Lanvin collection for 50% off. I never dare go shopping in Soho by myself because my arms can’t carry 20 bags but armed with bf (who has become a pro at juggling numerous shopping bags), I ventured into the two H&M stores on Broadway.

Lo and behold, just as bf started to develop his angry face because of the screechingly loud music that pounded my ear drums, we discovered two racks of sale items in the corner of the basement. And I was immediately drawn to three dresses that were Lanvin (two in the style that I picked up – I bought the size 2 and the size 8 may still be there. And a rather destroyed dress of this design in a lone size 6). I hate NYC sales tax but was happy I saved half off. 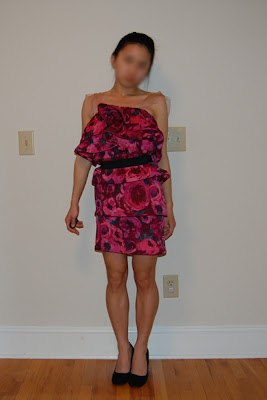 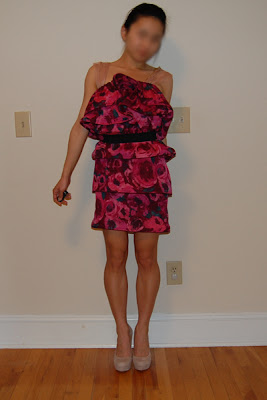 thankfully the size 2 fit…I am typically a size 4 at H&M. The only things that may require some DIY are the straps, which are too long on me.

This beauty was also spotted on fabulous 9to5 Chic.

My other lucky find? This dress that did not appear to be marked down and was thrown in with all the Spring arrivals. I found the dress in a size 6 and was drawn to it because it looked so familiar to me but I couldn’t find it in my size. I took it to checkout and was hoping they can direct me to a store that would have it. Turns out it was a past season item and is now $7!!! (down from $59.95?) 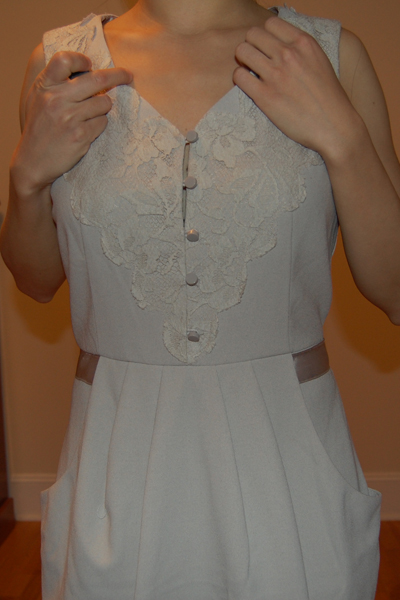 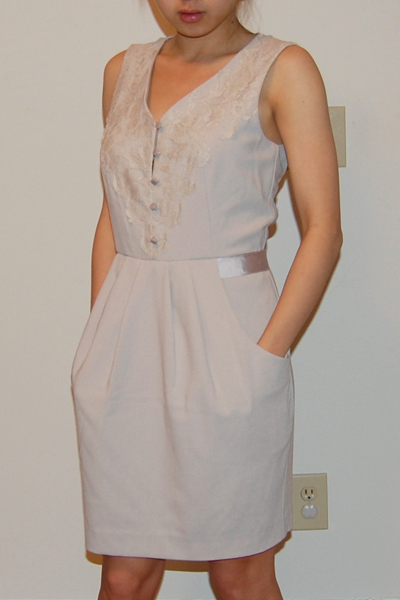 It was on my way home that I suddenly remembered where this dress was from. It was the lovely draped lace dress with POCKETS(!!!) that Extra Petite had picked up last fall and I hesitated (because of the color…I am bad at keeping cream dresses clean) and the dress sold out. With alterations this $7 dress will probably end up costing about as much as retail but it’s totally worth it because hopefully it’ll end up being the perfect fit.